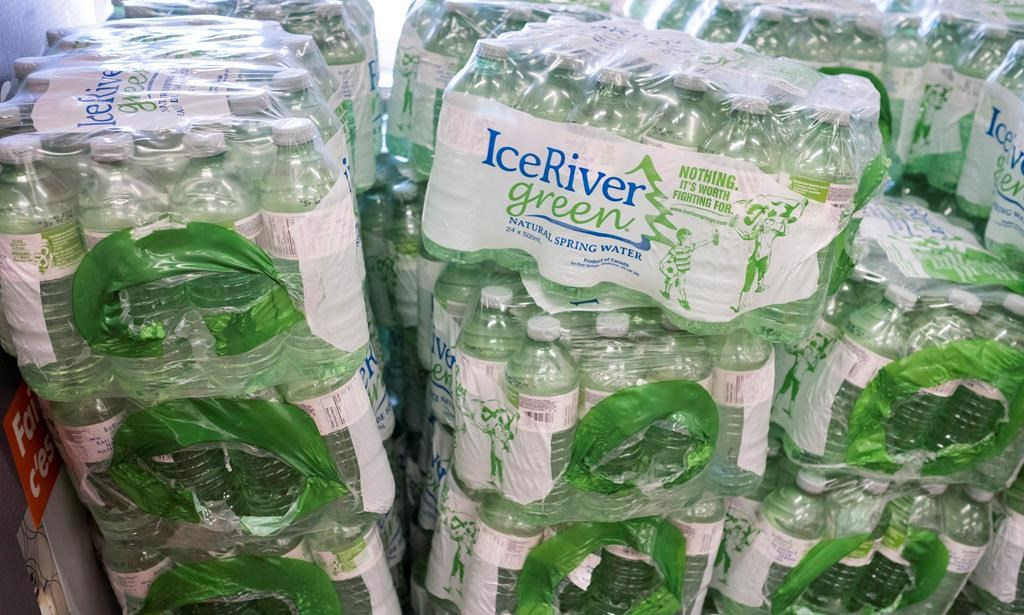 The Canadian Beverage Association, which represents major players such as Coca-Cola, Pepsi Co. and Nestle, has hired a lobbyist to deal with the city.
Previous story
Next story

MONTREAL — A passing mention by Montreal's mayor that plastic-bottled water is next on the city's environmental to-do list has caught the industry's attention.

After moving to ban plastic bags by 2018, Mayor Denis Coderre hasn't announced any firm game plan on the bottle issue.

"But the debate is important," Coderre said recently. "We need to have that debate on plastic."

The Canadian Beverage Association, which represents major players such as Coca-Cola, Pepsi Co. and Nestle, has hired a lobbyist to deal with the city.

"We don't think banning (bottled) water is a solution," says Martin-Pierre Pelletier, suggesting a ban would only deprive residents of choice.

Pelletier said the perception that people favour bottled water over the tap variety isn't accurate, noting 91 per cent of those who drink bottled water reach for the tap at home.

An industry finding shows two-thirds of adults who buy bottled water do so instead of another packaged beverage.

The industry wants the city to favour a recycling solution.

According to the Canadian Bottled Water Association, the national recycling rates for plastic beverage bottles was about 72 per cent. Executive director Elisabeth Griswold says the group considers anything less than 100 per cent unacceptable.

The plastic bottles are made of polyethylene terephthalate (PET), which is completely recyclable and reused in making water bottles, Pelletier said.

"Instead of banning a product that is healthy, useful, we believe we should spend our time and efforts in building up public space recycling," he said.

More than 80 Canadian towns and cities restrict the use of bottled water, including Montreal. Most involve activities in municipal buildings but in Toronto it extends to parks, facilities and civic centres. Many post-secondary institutions also do the same.

In 2013, Concord, Mass., came out with a bylaw banning the sale of one-litre bottles of water or less in that community and is believed to be the first U.S. community to have done so.

In late 2014, San Francisco became the first large U.S. city to ban the sale of water bottles on city property, with some exceptions such as sporting events.

Coderre said his contemporaries abroad are grappling with the same issues.

"I don't have any problem if we can address the issue of recycling the bottles," he said. "But I think clearly there is a problem worldwide."

Emma Lui, water campaigner for the Council of Canadians, says her organization opposes bottled water for many reasons. These include the environmental impact of using, making and transporting the product as well as the impact left on communities where the bottled water comes from.

In some instances, bottled water in the only option. Lui gives the example of remote indigenous communities where clean water isn't available.

"We understand that some in cases, bottled water is needed," Lui said.

"But in places where there is clean drinking water and solid waste water infrastructure, we don't feel bottled water is needed or necessary."