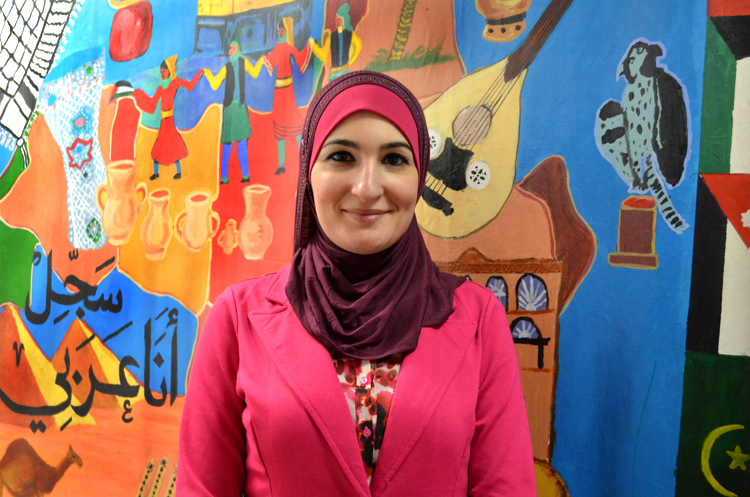 According to the Muslim Public Affairs Council (MPAC) in Washington, D.C., Muslim communities across North America are already preparing for backlash as a result of Tuesday's harrowing terrorist attacks in Brussels, which left more than 30 people dead and 180 people injured.

The words "Stop Islam" are already trending on Twitter, and Republican candidate Donald Trump has said he is "far more correct about terrorism than anybody," seizing the opportunity to ask for public votes. His party rival, Ted Cruz, has called for increased policing in American Muslim neighbourhoods.

It's sad to admit, said MPAC spokesperson Rabiah Ahmed, but this is almost business as usual.

"It's something we have braced ourselves for over time when there is some kind of terrorist attack, because of the impact it has on our community," she told National Observer. "We do have politicians who will use these opportunities to further promote fear and prejudice against Muslims at a time when the Muslim community already feels marginalized.”

In Canada, Nina Karachi-Khaled of the Canadian Council of Muslim Women, said some Islamic centres and mosques are already enacting post-attack procedures aimed at increasing the vigilance their community members.

"Muslim women especially," she said, "who wear a hijab and are identifiable Muslim I'm sure are fearful at times like these... they've heard of friends or people in the community who have faced backlash of no fault of their own."

Despite the divisive rhetoric circulating social media and political spheres across the continent however, they joined other North American Muslim organizations America in strongly condemning the senseless attacks, and calling for unity from leaders of all faith communities and political leaders alike.

"We must stand united"

“At these times we must stand united," Ahmed explained, "especially when it’s committed by groups like ISIS, whose agenda is to create this clash in civilization and promote this theory that Islam and the West are at war with each other. We really can’t let them do that, because if we do, they win.”

Daesh, also known as ISIS, has already claimed responsibility for the Brussels attack, and its supporters on Twitter have promised, "What will be coming is worse." It may be tempting to fall prey to the politics of fear, she said, but solidarity is a far better weapon against terrorists.

"Real politicians who want to unite don't use these times of tragedy to try and divide," she said. “This is not about Trump or Cruz. This problem is way larger than any of them or their political rhetoric. We can’t let people like them try and distract us from the real problems, because they’re not doing us any favours by making this a 'Muslim thing.'"

"These types of reactions play directly in to the hands of terrorists who are trying to divide communities and nations. While we are outraged by these attacks, we will not accept the scapegoating of an entire faith community that has no connections whatsoever to these terrorists."

Last year, the International Centre for the Study of Radicalization found that roughly 440 Belgians recently travelled to Iraq and Syria, possibly to fight for Daesh.

Both the Paris bombings and the Charlie Hebdo attacks in 2015 were orchestrated by people born in France or Belgium, yet with tens of thousands of Syrian refugees flooding into Canada and the U.S., some are concerned that hateful rhetoric following the Brussels attack could hit them the hardest.

Taha Ghayyur, director of a Canadian Muslim community empowerment organization called DawaNet, said incoming refugees should not become the target of fear mongering and inclusion is essential in preventing radicalization.

"We have this rhetoric about refugees and foreigners being the source of evil," he explained. "The more we perpetuate that, it creates not only the myth about radicalization but may give rise to actual radicalization in our community. Inclusion is a very Canadian approach. That's the approach that works."

Speaking with National Observer earlier this month, Defence Minister Harjit Sajjan also said that Syrian refugees are not a threat to national security when communities help integrate newcomers rather than alienate them:

"We have great examples in the past of people who have come in and become real business leaders for Canada," he said. "These folks who just came here will do just that, and contribute to Canada as well."

Either way, in its own statement condemning the morning's violent attacks, the National Council of Canadian Muslims assured the government it has its full support in reducing threats born on Canadian soil.

"Canadian Muslims are committed to working with law enforcement and all stakeholders to ensure that this violent ideology and those promoting it are confronted at every turn and are held to account," said executive director Ihsaan Gardee. "It is both a religious and civic duty to report criminal activities to the police."

Nike Air Max 95 Sort
One particular important whitening teeth hint is to try to prevent liquids that can spot your pearly whites. There are many liquids that may cause injury that is certainly difficult to reverse. Beverages in order to avoid if at all possible are carrot juice, reddish wines, coffee, tea, and cola. If you do elect to dring any one of these cocktails, make sure to thoroughly clean your teeth shortly after.

A helpful tip in terms of golfing is to ensure that you understand the kind of concessions supplied about the program - if any. This is very important, simply because you will need to deliver treats or beverages, if none can be found on the study course. You don't want cravings for food pangs midway through a round!