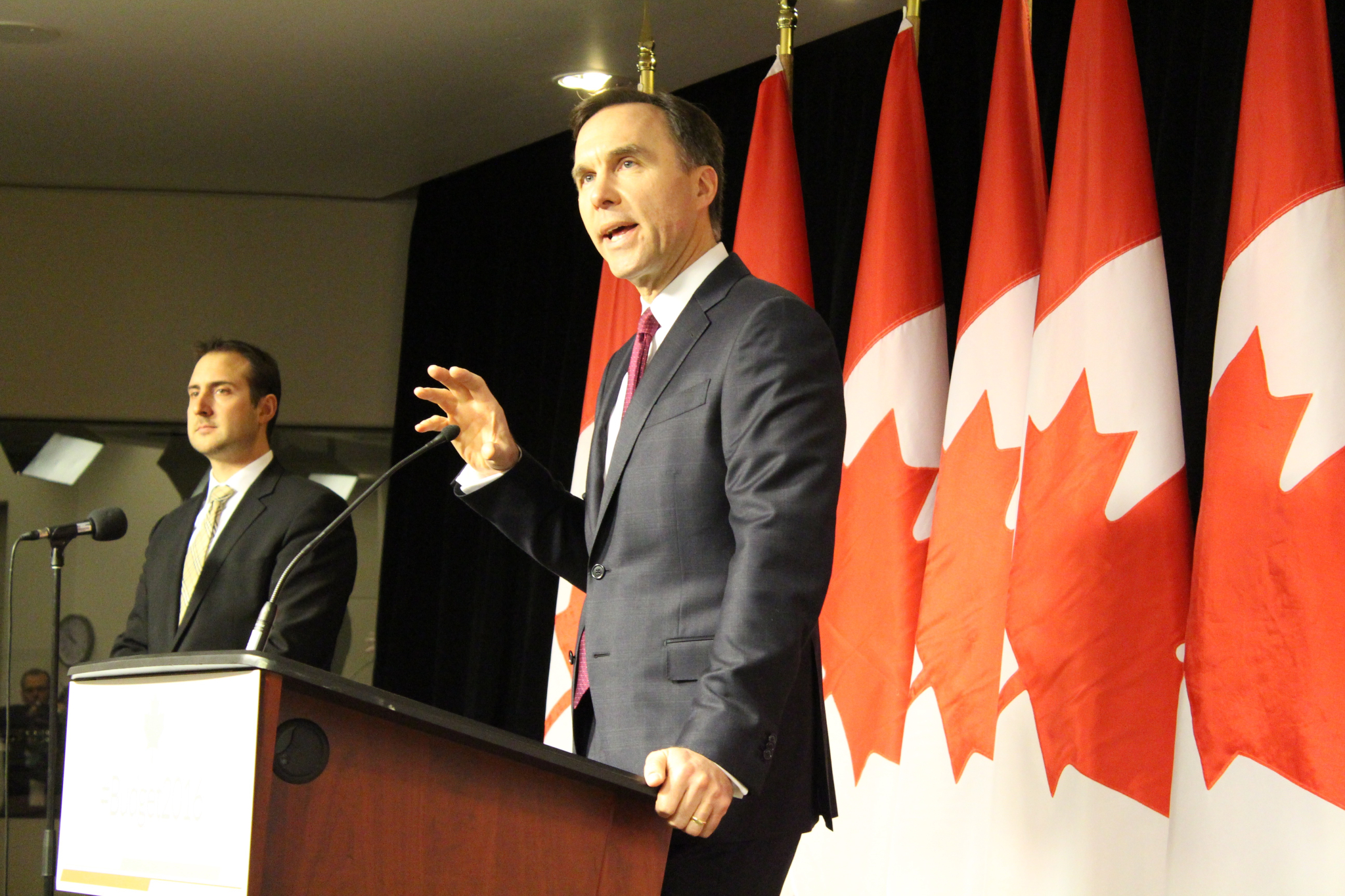 Finance Minister Bill Morneau's budget is a down payment on a new green home. Photo by Mike De Souza.
Previous story
Next story

Budgets are a moment where governments show their real priorities: if something matters to them, they spend money to support it.

And from mandate letters to Paris climate talks and meetings with premiers, members of Justin Trudeau’s government say that clean energy matters to them.

They said it again in Finance Minister Bill Morneau’s budget speech, which pointed to the world’s widespread adoption of clean energy as “a future we want Canada to lead.”

Today’s budget makes the kind of smart spending commitments that show clean energy does indeed matter to the federal government.

All this represents a welcome change of direction for Ottawa, but today’s budget is also best considered a downpayment: Ottawa is buying into clean energy, but we’re still a few years away from owning the dream home outright.

Or as the budget puts it: “The investments made in Budget 2016 are just the start and additional actions will be coming.”

It’s not surprising that today’s budget is just one chapter in a longer saga. Budget 2016 comes just weeks after First Ministers launched a months-long process to reach a national climate plan, which should be ready to go into effect in early 2017.

When that plan is complete, the federal government will have to play a starring role to make it a success. One of Ottawa’s main tools to support climate action is its spending power, so next year’s budget should be chock-full of clean energy commitments—from a national approach to carbon pricing to infrastructure dollars for marquee clean energy projects in Canada’s provinces.

- The federal government’s regional development agencies—which are charged with accelerating economic growth in each of Canada’s regions—will double their clean technology budgets.

- And although it’s a small dollar investment, the $2.5 million allocated to Natural Resources Canada to study regional electricity cooperation offers real promise: there is huge potential in connecting clean energy provinces to neighbours that still depend on fossil power.

The main gap in this year’s budget is a lack of progress in phasing out fossil fuel subsidies; instead, the budget affirms that the Trudeau government will continue a new tax break for Liquified Natural Gas development that the Harper government introduced in 2015.

On the other hand, clean energy is woven throughout the budget, making an appearance in areas as varied as youth jobs, university research, social housing retrofits, or trade promotion abroad.

All these prominent initiatives show that clean energy is not just as a climate solution, but also a good news story for Canada’s economy.

And with clean energy investment globally hitting a record-breaking US$367 billion last year—nearly 50 per cent more than was invested in fossil-fuelled electricity—it’s a great time to buy into this particular market.

It’s especially important in Canada, where investment actually dropped significantly in 2015, falling from over US$7 billion in 2014 to US$4 billion in 2015.

While we remained in eighth place globally, that 46 per cent drop in investment puts us significantly out of step with our peers. In North America, for example, U.S. clean energy spending grew by seven per cent in 2015, while Mexico’s more than doubled.

The neighbours are upgrading, and Canada needs to keep up.

As homeowners know well, the bigger the downpayment you can make upfront, the easier your life gets in the years ahead. This year’s commitments send provinces and markets a signal about clean energy’s growing momentum in Canada.