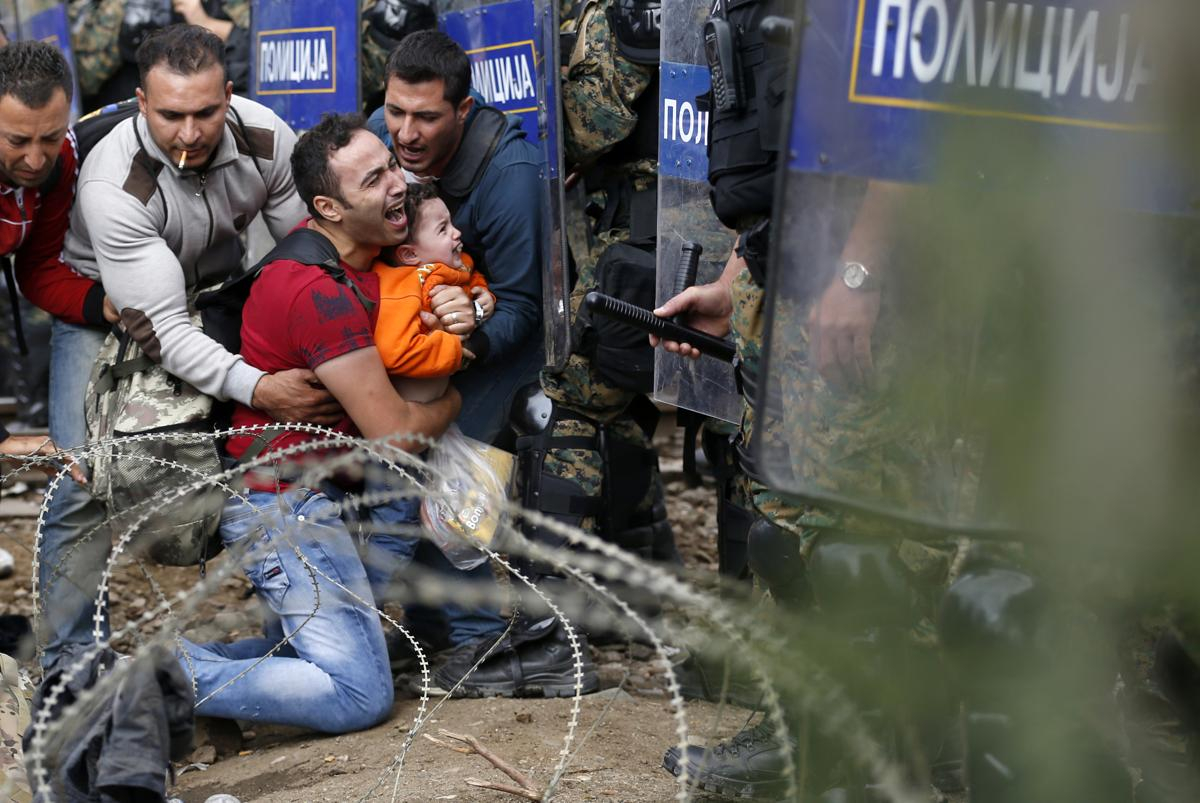 Refugees in Greece along the Macedonian border. Photo by AP.
Previous story

In the now infamous Moria camp on the island of Lesbos, Greece, large aid organizations such as Medecins sans frontieres (MSF) and International Rescue Committee (IRC) as well as the United Nations Human Rights Commission itself have stopped providing services directly to asylum seekers in protest of the EU move. They have also refused to transport refugee claimants to these facilities.

These decisions are in part meant to reflect an unwillingness to be included in the mechanism of oppression quite likely illegal under international law.

In the case of Moria, it appears the Greek authorities, supported by EU personnel currently being deployed will take over provision of essential services. It is unclear how this will be achieved and what level of service will be provided given that authorities have mounted an entirely ineffectual response to this point in the crisis.

Regardless, humanitarian workers will largely be usurped by heavily armed soldiers.

Of course, the motivation to act is different now—at least from the EU perspective. The Union has finalized a deal with Turkey that will ultimately see asylum seekers deported—the official euphemism is “readmitted”—to Turkey. In exchange, Turkey will receive 6 billion euros, or about 9 billion Canadian dollars. As part of the agreement, the EU has also agreed to allow Turkish citizens unimpeded access to EU countries and will accelerate Turkey’s application for EU membership.

While this trampling of rights is illegal according to many human rights observers, the EU has been at great pains to justify the plan, arguing that Turkey is a “safe” country, a fundamental requirement under international law when relocating asylum seekers.

Except that we know that Turkey is clearly not a safe country. Amnesty International has documented widespread human rights abuses, including transgressions committed against people in this current wave of migration flowing through the country.

There are already an estimated 2.5 million refugees in the country.

But now, especially after the terror attacks in the EU nexus that is Brussels, nerves are raw, fear is palpable and compassion appears to be in short supply.

In the court of public opinion, the Brussel atrocities conveniently allow for the tacit conflation of asylum seeking and terror.

And so, mass expulsion of desperate people fleeing for their lives has become palatable for much of the European public and political class alike.

Over in Canada, there have been no official voices raised in protest. The rich nations of the West appear morally unconcerned with detention and deportation of masses of vulnerable people whose numbers include the smallest of children, the elderly, the disabled and everyone in between. Escaping from dreadful and seemingly interminably unstable and dangerous conflict zones.

The asylum process will be rapid and almost certainly inadequate and asylum seekers will be effectively warehoused in Turkey.

But why should this be otherwise? The entire crisis has been mismanaged by the powers that be from the start.

Many refugees have said that they would rather die than return to Turkey. They have already risked their lives just to get to what were thought to be the safe shores of Europe. Many have spent everything and no longer have any material possessions except the clothes on their backs.

Parents are continually pleading for the most basic of necessities like food for their children.

Lives are ruined. For so many, hope has left the building with no intention of returning. The sense of betrayal is glaringly evident.

But in a world where war and hunger are normalized, these latest developments—as heinous as they are—should perhaps come as no surprise.