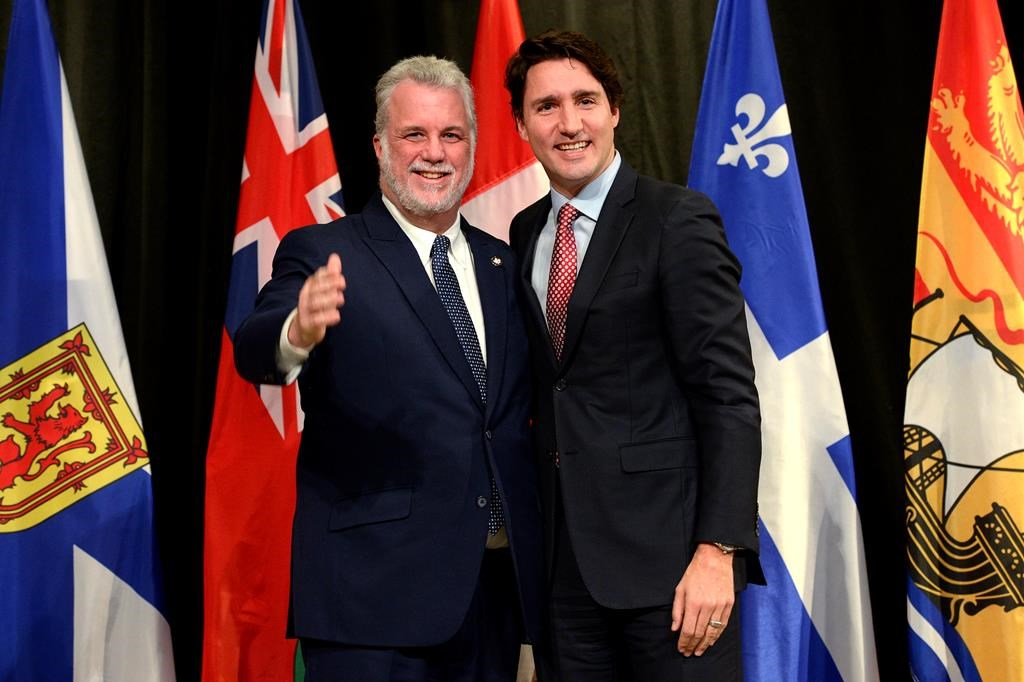 Quebec Premier Philippe Couillard has ridiculed the prospects of future fossil fuel development in his province as it pursues efforts to transform into a carbon-free economy.

“The future of Quebec does not rest on fossil fuels,” Couillard said in an interview published this weekend in Montreal daily newspaper, La Presse.

Couillard made the comments after his government unveiled a new energy strategy last Thursday that proposed to reduce oil consumption by 40 per cent in Quebec by 2030. The energy strategy would also support more energy conservation in the province and would include new legislation to support the ongoing transformation to a low-carbon economy.

While some Quebecers have suggested that the province can get rich by starting new fracking and oil exploration in the eastern part of the province, Couillard joked during his conversation with the newspaper's editorial board that some deposits in that region would have enough gas for “23 days of consumption in Quebec.”

Last week, Quebec Energy Minister Pierre Arcand told National Observer that the province was aiming to boost its renewable energy generating capacity and electrify its transportation fleet. The province is aiming to have 100,000 electric cars on its roads by 2020 and plans to build on an existing 800 electric charging stations across its territory. The government also announced major investments in electric train and metro expansion in Montreal last week.

Couillard told La Presse’s editorial board that the province’s future was linked to water and its state-owned utility company, Hydro Quebec, which largely supplies hydroelectric power.

He also criticized proponents of a new oil exploration project on Ile Anticosti - an island in the Gulf of Saint Lawrence, on the Atlantic coast. The former Parti Québécois government signed a contract, reportedly worth up to $100 million, with energy company, Petrolia, to explore for oil on the island.

Couillard has said that Quebec is forced to proceed with the contract, but he expressed concerns about authorizing drilling and fracking activity - injecting high pressure liquids to fracture rocks beneath the surface. He said the company would only be allowed to proceed if the provincial environment department determines it is safe, the CBC reported in March

But he was skeptical about whether it made environmental or economic sense to proceed, noting that there isn’t adequate infrastructure to export any oil from the island.

“Those who think we’ll get rich with oil are mistaken. There are simply not the resources that some have suggested,” Couillard told La Presse. “We’re talking about (needing) billions of dollars in infrastructure to get the resource out of there (Anticosti Island.) No one is asking how we will do it. By helicopter, by levitation, by teleportation? Setting aside the environmental concerns, this project is excessively (and) economically fragile.”