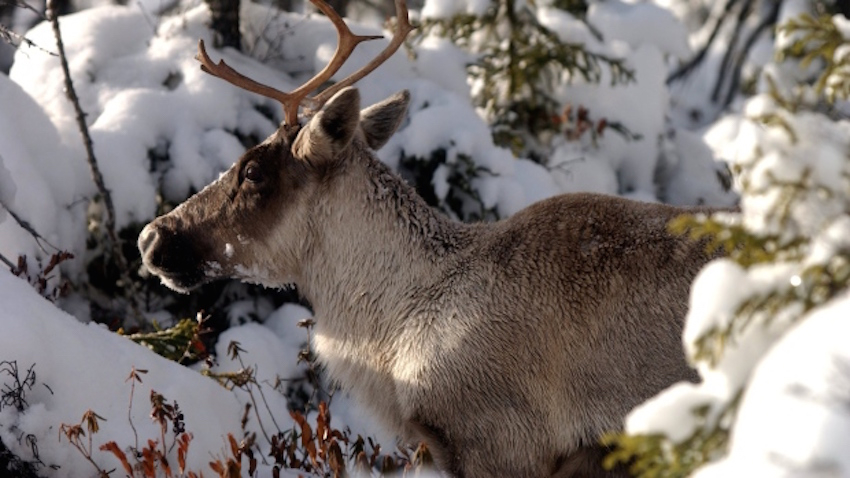 QUEBEC – The Quebec government has announced its plan to preserve the endangered woodland caribou, designating as protected 90-per-cent of the province’s intact forests.

The woodland caribou, unlike its migratory cousin, stays in the same forest area. A report by Quebec’s chief forester last year found that logging and forestry roads were disturbing the habitat of the woodland caribou and endangering the ecotype.

In making the announcement, Forestry Minister Laurent Lessard noted he has communicated Quebec’s position to the Germany-based Forest Stewardship Council, which certifies the environmental and social acceptability of forestry practices.

Paper and forest products, bearing the FSC logo, are produced respecting the environment and local people, including aboriginals, living in the forested region.

“Quebec is protecting more than 90 per cent of its intact forest and this makes us a world leader,” Lessard told reporters. “I had the chance to repeat this fact in Bonn at the FSC International convention.”

But Resolute Forest Products Inc., formerly AbitibiBowater, has lost its FSC certification for some of its products because the independent FSC auditor judged Resolute was not doing enough to protect the woodland caribou.

The FSC auditor also found that Resolute did not take into account first nations rights.

The government would help companies like Resolute find alternate sources of wood, the minister said.

During the 2014 Quebec election campaign, Liberal leader Philippe Couillard, running in Roberval riding in the Lac St-Jean region, where forestry is a major employer, said “never will I sacrifice jobs in the forest industry for one caribou.”

As Janet Sumner of CPAWS – the Canadian Parks and Wildlife Society boreal forest program has said, the woodland caribou “is a surrogate for the forest more broadly.”

If the caribou is endangered, other forest wildlife is also endangered.

An investigation by Le Journal de Québec revealed recently that companies like Resolute pay as little as 39 cents a tree harvested in the province’s slow-growth boreal forest.

Lessard said the premier’s remark about the caribou was meant to express solidarity with his community, hard hit by the downturn in the U.S. economy in the period 2006 to 2013, resulting in many forestry job loses.

“We could be criticized for taking a bit too much time to launch this plan,” Lessard said, adding that in managing Quebec’s forests, the impact on jobs and forestry activity must also be considered.