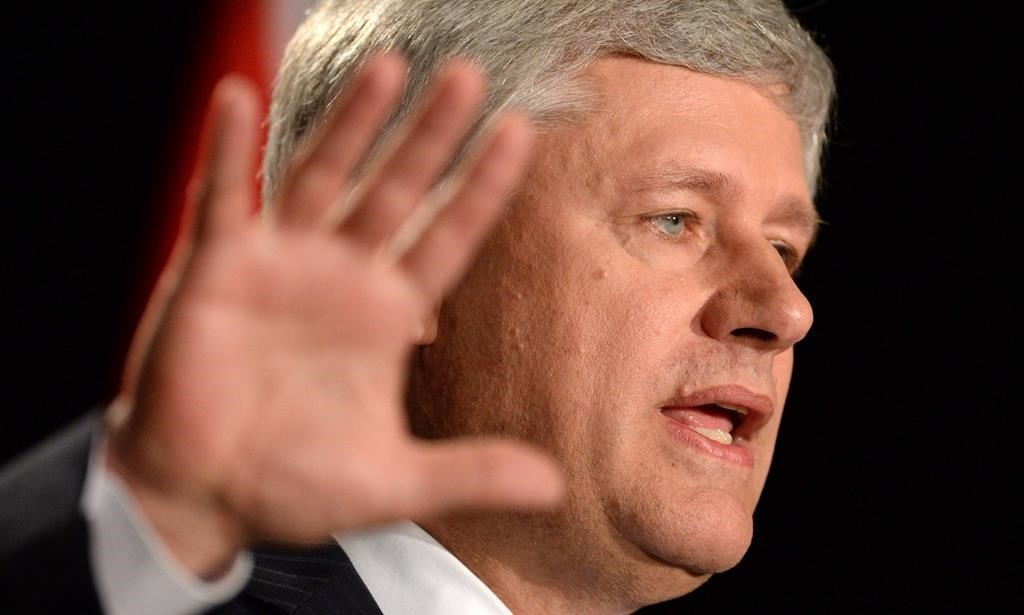 Former Prime Minister Stephen Harper met with Republican kingmaker and donor Sheldon Adelson in Las Vegas last week, according to news reports. Harper reportedly gave advice on how to mend party divisions, as the Republican Party grapples with the possibility of Donald Trump becoming its official candidate in the 2016 election.

Politico reported: "On Thursday evening, Adelson hosted some of the organization’s top officials at his palatial mansion. While former Canadian Prime Minister Stephen Harper discussed how fractured parties can unite, Adelson listened but said little, according to three people who were present."

Although Politico reported that Harper was speaking about how to manage divided parties (which he successfully did in Canada by uniting the Reform and Progressive Conservatives in 2003), his spokesperson Anna Tomala told Huffington Post Quebec that the former prime minister's presence at Adelson's house should be viewed "exclusively as an expression of his continuing support for Israel.” The meeting was part of the Republican Jewish Coalition's spring meeting.

Adelson, an 82-year-old casino and hotel magnate, donated at least $93 million to super PACs in the 2012 election, backing Mitt Romney's bid to unseat U.S. President Barack Obama. Observers say the actual donations were likely far higher, given that the amount excludes contributions to groups that are not required to disclose the identity of their donors. He became embroiled in controversy over his secret purchase of a Las Vegas newspaper last year, and his hotel was recently ordered to pay $9 million for its involvement in a foreign corruption case.

Harper, who has kept a low profile since losing the federal election to Liberal leader Justin Trudeau, has spoken to Republican audiences. While he was head of the National Citizens Coalition, he gave a speech before a group of prominent U.S. conservatives, meeting in Montreal in June 1997.

“Seriously,” he declared at the time, “your country, and particularly your conservative movement, is a light and an inspiration to people in this country and across the world.”