'Towards the Common Good': Mr. Sanders Goes to the Vatican 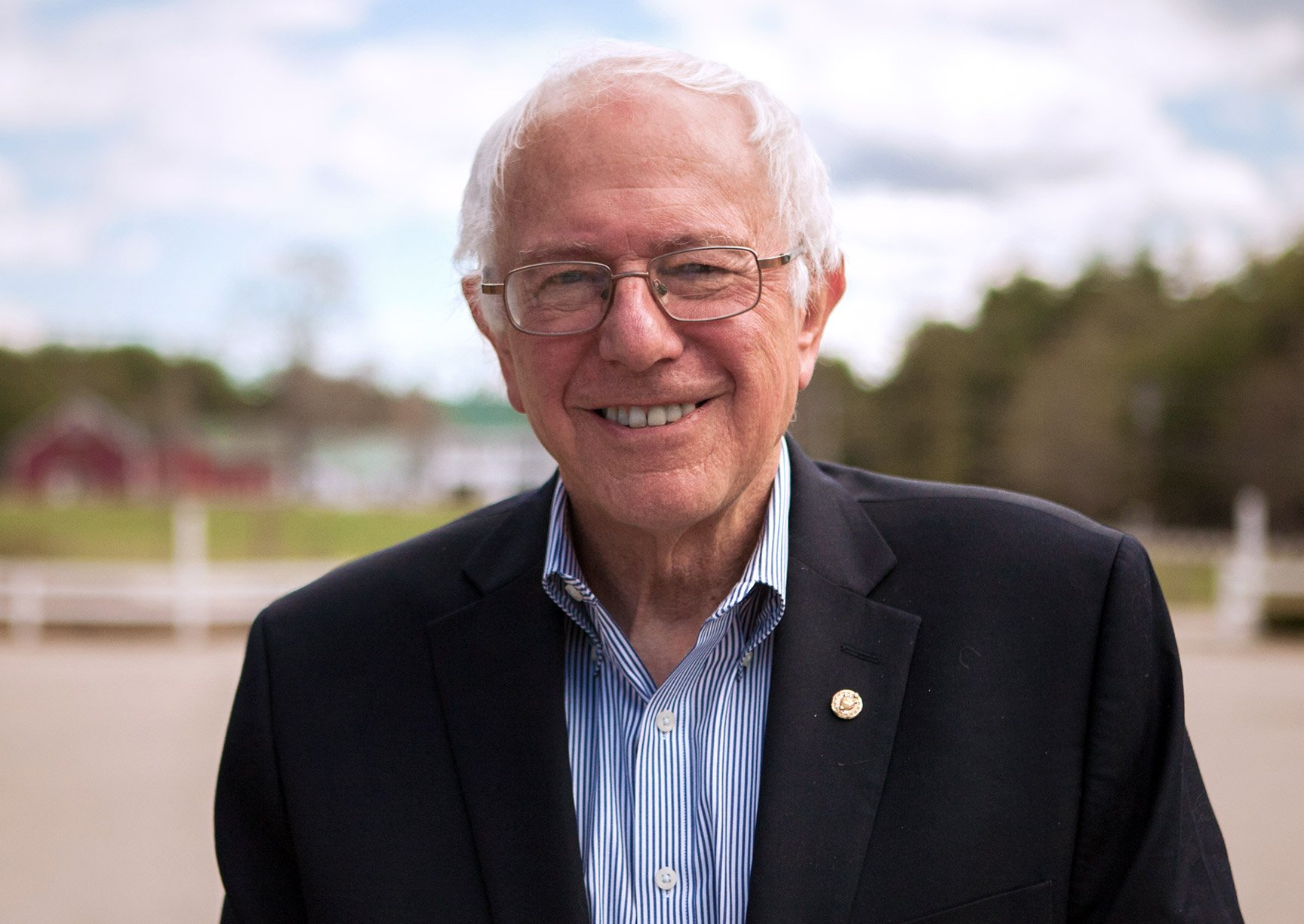 At the Vatican on Friday, Democratic presidential candidate Bernie Sanders railed against everything from environmental destruction and the weakening of the rights of workers to widespread financial criminality on Wall Street and unregulated globalization.

"Rather than an economy aimed at the common good, we have been left with an economy operated for the top 1 percent, who get richer and richer as the working class, the young and the poor fall further and further behind," the senator from Vermont declared in a speech that the Guardian described as "one of the most powerful indictments of modern capitalism of his campaign."

In advance of the visit, the Associated Press noted that the trip "reflects [Sanders'] admiration for Pope Francis" and indeed, the AP reported later that Sanders "cited Pope Francis and St. John Paul II repeatedly during his speech."

Some might feel that it is hopeless to fight the economic juggernaut, that once the market economy escaped the boundaries of morality it would be impossible to bring the economy back under the dictates of morality and the common good. I am told time and time again by the rich and powerful, and the mainstream media that represent them, that we should be “practical,” that we should accept the status quo; that a truly moral economy is beyond our reach. Yet Pope Francis himself is surely the world’s greatest demonstration against such a surrender to despair and cynicism. He has opened the eyes of the world once again to the claims of mercy, justice and the possibilities of a better world. He is inspiring the world to find a new global consensus for our common home.

Sanders delivered his remarks at the Pontifical Academy of Social Sciences, at an academic conference which also hosted Bolivian president Evo Morales and Ecuadorian president Rafael Correa. The conference marked the 25th anniversary conference on Centesimus Annus, an important encyclical released by Pope John Paul II that expounded on the economy and social issues after the Cold War.

The chancellor for the pontifical academy, Bishop Marcelo Sanchez Sorondo, has said he invited Sanders, who is Jewish, because he was the only U.S. presidential candidate who showed deep interest in the teachings of Francis.

"While he could have packed his schedule with different stops throughout the boroughs of New York City or the upper reaches of the state, the international trip may actually have greater impact," ABC News reported, quoting ABC political analyst Matt Dowd as saying, "I think it's a really smart move."

It also helps that Sanders' rival, Hillary Clinton, is headed out of the state for part of the weekend, as well. She is flying to California for fundraisers later today, including a closed-door event hosted by actor George Clooney and his wife, Amal.

USA Today reported that "[t]he small American community in Rome was enthusiastic about the visit." In March, Sanders won the Global Presidential Primary, taking 69 percent of Democrats Abroad, the official overseas arm of the Democratic Party.

Sanders is popular in Italy, where — as in most of Europe — his economic and social views are mainstream. He was greeted by applause from a mostly Italian crowd when he left the Vatican, and the visit attracted wide attention from Italian media. Sanders stopped several times to shake hands, and he smiled broadly and waved when a woman in a crowd shouted, “We love you, Bernie!”

Sanders spoke to reporters after his speech, saying he has been "enormously impressed" by Pope Francis and decrying the "greed of the fossil fuel industry" among other things.

Bernie Sanders not toast yet