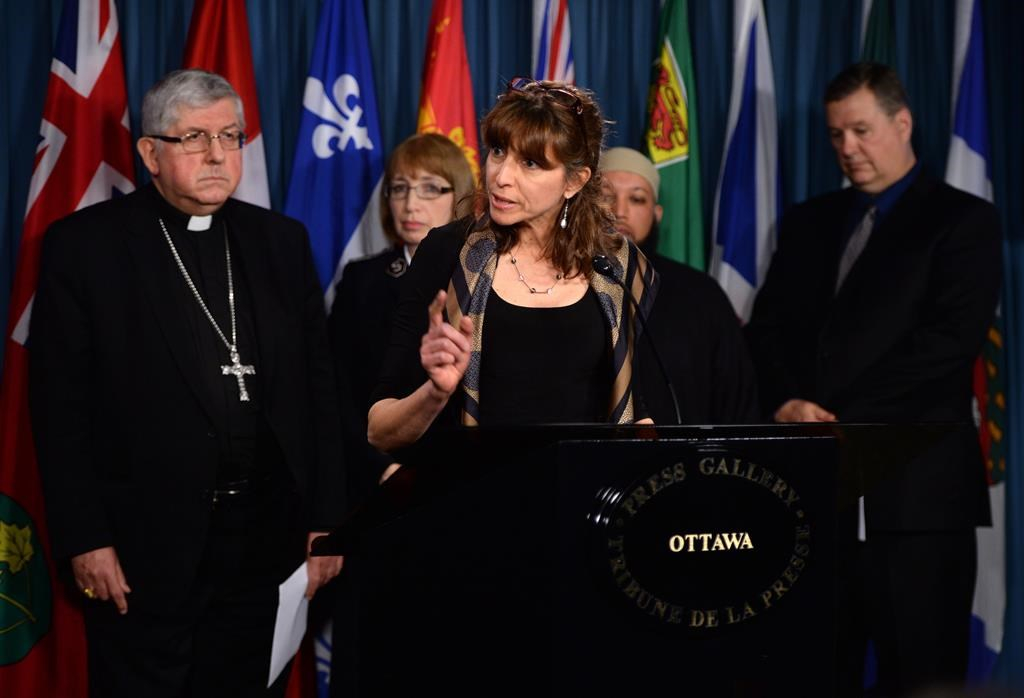 Not all Liberal backbenchers are happy with the Trudeau government’s restrictive approach to medical assistance in dying.

Some fear the proposed new law does not comply with the charter of rights and falls short of what the Supreme Court ordered in last year’s so−called Carter decision, when it struck down the ban on doctor−assisted death.

And at least one, after getting an earful over the weekend, says it is much more restrictive than what her constituents want.

"Bottom line is I’d like to see some changes to suit my constituents’ needs and to respect the Carter (decision) as a benchmark," Toronto MP Yasmin Ratansi said in an interview.

"At the moment, they feel ... that the bill has not met the benchmark. I don’t want people who are suffering to go to court and to (have to) challenge to get their rights."

Ratansi, who represents Don Valley East, held a town hall meeting last weekend on the issue of assisted dying, conducted jointly with neighbouring Liberal MP Rob Oliphant, who co−chaired a special parliamentary committee that recommended a much more permissive approach than was adopted by the government in its new bill.

The Saturday meeting had been scheduled before the bill was introduced on Thursday but Ratansi was amazed to find that the roughly 200 people who attended, predominantly well−to−do seniors, had already dissected the bill and had passionate views on it. Some 80 to 85 per cent found it wanting, she said.

One, a non−verbal disabled woman in a wheelchair, used a computerized board to express "how annoyed she was with the bill" because it wouldn’t allow her to make an advance request for an assisted death, Ratansi said.

"She said, ’I want advance directive because I am competent at the moment ... What happens if I am no longer able to communicate? What happens then?’"

Those who fear they may become incapacitated with dementia expressed similar concerns, Ratansi said. Others wanted the right to decide for themselves when a medical condition makes their lives intolerable.

"I guess people were saying, ’Who are you to decide what my pain level is and whether it’s mental or physical?’ I think we need to have thoughtful discussions on this."

In Carter, the court ruled that the ban on assisted dying violated the charter guarantee of the right to life, liberty and security of the person. It said medical help in dying should be available to clearly consenting adults with "grievous and irremediable" medical conditions who are enduring physical or mental suffering that they find intolerable.

The government’s more restrictive bill would require a person to be a consenting adult, at least 18 years of age, in "an advanced stage of irreversible decline" from a serious and incurable disease, illness or disability and for whom a natural death is "reasonably foreseeable."

It does not extend the right to assisted dying to those suffering only from mental illnesses or to mature minors. Nor does it allow advance directives.

Advocates of medically assisted dying believe the bill disregards the court ruling and have accused the Liberals, who profess to be the party of the charter, of authoring the kind of restrictive law they would have expected from the previous Conservative government.

"I would agree with them if the bill doesn’t change and it’s a whipped vote," said Toronto Liberal MP Adam Vaughan, parliamentary secretary to Prime Minister Justin Trudeau.

However, he argued that the government is open to having a freewheeling debate on the bill and to making some changes and it has vowed to let MPs vote freely.

"I think now you’re looking at a process where Canadians, through their members of Parliament, can effect the changes they want to see ... That’s the way government’s supposed to work," Vaughan said.

Among other things, Vaughan said he’s hearing concerns from some groups about the failure to include advance directives for people diagnosed with competence−impairing conditions like dementia, "insofar as fate doesn’t always afford you the chance to be able to speak when you need to be heard."

Dominic LeBlanc, the government House leader, said the feasibility of amendments depends in part on how quickly the bill moves through the legislative process in both the Commons and Senate, given the push to enact the law before the June 6 deadline set by the Supreme Court.

Some senators have vowed to propose amendments and LeBlanc said he hopes that will occur early so that "workable" changes can be incorporated into the bill before it’s passed by the Commons. If the Senate were to vote for amendments after the bill is passed by the Commons, it would trigger a lengthy process of "ping pong," where the bill would bounce back and forth between the two houses of Parliament.

Other Liberal MPs expressed satisfaction with the balance struck by the bill between a dying person’s right to end their suffering, the need to protect the vulnerable and the right of medical practitioners to refuse to provide assistance in dying.

While he wants to hear what legal experts and Canadians have to say, Quebec MP Steve MacKinnon said: "Right now, I think the government’s struck a pretty good balance."

Toronto Liberal MP Judy Sgro said most people she’s heard from are "appreciative of the fact that we’re going about it in a very careful, methodical way."

"I was a bit concerned it might go farther," Sgro added. "I think it will satisfy a lot of Canadians that we haven’t gone too far and we are trying to be as considered as possible."

By The Canadian Press