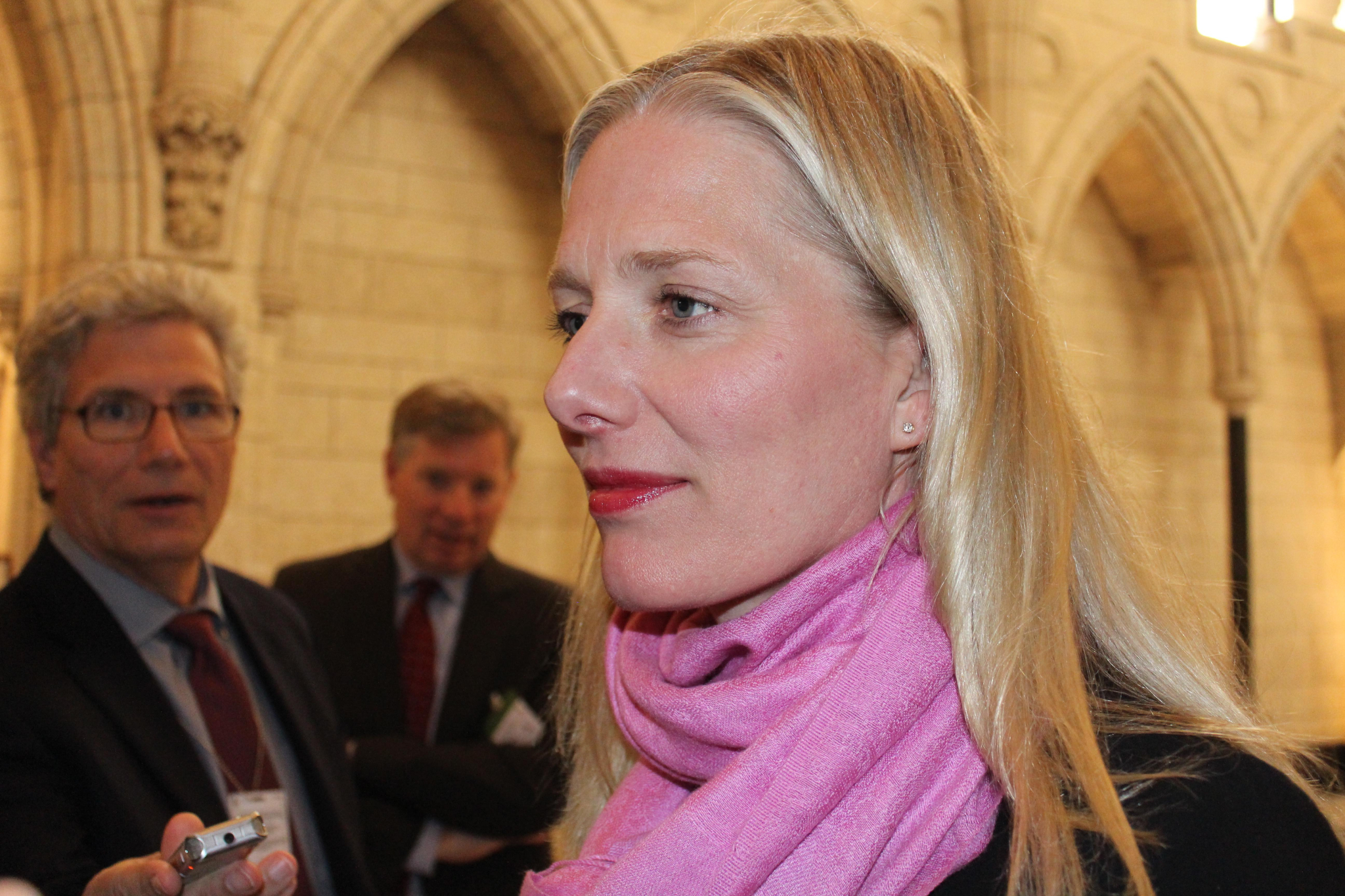 Canada's Environment Minister Catherine McKenna says she gets frustrated when she searches for a spot to lock up her bike on Parliament Hill.

"I’m a huge cyclist, so it just drives me crazy that there are no bike racks out in front of Parliament Hill, because I think if you have them out there, people will see — they will be reminded — that it’s actually faster to get around by bike," she told her parliamentary colleagues this week.

This is one of the areas where she thinks the government can start to change its own practices as it tries to convince Canadians to do the same. She believes her department, Environment and Climate Change Canada, can also contribute by zeroing in on wasted energy.

“We have an electric vehicle charging station at Environment and Climate Change but we should have that across the board,” McKenna told her colleagues in Parliament this week. “Our fleet should be electric vehicles."

Whether it’s in the buildings where Canadians live or work, and how they travel between the two, the government believes these are “huge areas” that could be targeted with new rules that support efforts to slash carbon pollution, McKenna said.

Her latest comments come on the eve of an historic event on Friday for Earth Day. Some 150 leaders from around the world, including Canadian Prime Minister Justin Trudeau and U.S. President Barack Obama, are set to arrive in New York City to sign a major climate change agreement reached last December in Paris. It is believed to be the largest gathering of leaders to sign an international agreement, McKenna said.

Opposition critics from the federal Conservative Party say McKenna and the Liberal government are taking Canada down a dangerous economic path that harms its oil and gas industry and threatens thousands of jobs. Environmental groups have said the government is taking the first steps to build momentum for solutions that would also provoke a shift in the economy and brand new jobs.

The federal minister and her counterparts from Canadian provinces and territories say they are working to tackle all of these issues as part of a comprehensive plan to reduce the heat-trapping emissions that contribute to climate change.

McKenna said the governments are giving themselves six months to complete this plan.

“We’re wasteful,” McKenna said. “When you look at where emissions are coming from: buildings and vehicles. Those are huge areas, where If we have efficiency standards, we can produce less pollution and that’s part of — once again — the working group process (between governments in Canada) that has been established."

The federal minister spent more than two hours answering questions about climate change, clean technology jobs and other environmental issues from her parliamentary colleagues and from journalists in three separate events on Wednesday.

In contrast to previous federal environment ministers that have slipped out back doors or been “late for meetings” when pressed to discuss the threat of climate change, McKenna has said she will speak about the government's plan — to make polluters pay for producing the heat-trapping gases that warm the atmosphere — every chance she gets.

“We need to price what we want less of — pollution,” she said, “And reward behaviour (that leads to) cleaner solutions.”

But the government’s own statistics show that Canada is not even close to achieving its targets.

McKenna told the federal New Democratic Party's environment critic, Nathan Cullen, and Green Party Leader Elizabeth May that she agreed with their concerns that Canada needed to do more.

Canada’s greenhouse gas emissions have been steadily rising since 2009, after a sharp reduction that was triggered by the global economic downturn in 2008, McKenna’s department estimated in a newly-released inventory report. Environment and Climate Change Canada also estimated in the inventory that carbon pollution from residential buildings and transportation made up about 34 per cent of the country’s annual greenhouse gases in 2014 - estimated to be equivalent to 732 megatonnes of carbon dioxide equivalent gases.

McKenna said that federal spending in areas such as affordable housing projects is also shifting to focus on more efficient buildings that use less energy.

“I advocated and ministers were all on board that if we’re going to build social housing, we need to make sure that it’s extremely efficient,” McKenna said. “That’s not just retrofits, which it does include, but it’s also new housing, because it just makes economic sense.”

While May pointed out that collectively, the world is not even close to having adequate policies to prevent warming of more than 1.5 degrees Celsius, Cullen said the Liberal government needs to go beyond the target, set by former prime minister Stephen Harper, to reduce Canada’s annual greenhouse gas emissions by 30 per cent below 2005 levels by 2030. This target, if achieved would lower Canada’s annual emissions from about 732 megatonnes in 2014 to about 524 megatonnes by 2030.

“When we go to New York and sign that commitment on Earth Day, we will be using Mr. Harper’s targets that are woeful and inadequate in meeting our global commitments,” Cullen said.

But both opposition critics from British Columbia have praised the Liberal government for accepting scientific evidence that there will be significant disruptions to life on Earth if temperatures rise more than 1.5 degree Celsius above pre-industrial levels.

On the other side of the political debate, some suggest that the impacts identified by scientists are not as grave as the immediate economic impacts of taking action.

Canada’s oil and gas industry has already been hammered over the past 18 months from plummeting global commodity prices, shedding tens of thousands of jobs since the fall of 2014. Particularly in Alberta, producers that are active in the oilsands, the world’s third largest crude reserves after Saudi Arabia and Venezuela, have struggled since their heavy oil is already more expensive to extract - requiring vast amounts of energy and water - than other forms of oil.

“I have spoken to many Canadian businesses who appreciate that Canada has to do its part to address the environmental challenges that face us, but they are deathly afraid that the playing field will be dramatically tilted against them if Canada moves forward with aggressive climate change policy - specifically carbon pricing - if in fact, some of the other key competitors do not follow suit,” said Fast, a former Conservative cabinet minister who also represents a federal British Columbia riding in Parliament.

McKenna said that she spoke to both business and environmental leaders who want the government to go ahead with a plan to make them pay for carbon pollution.

Several prominent oil industry executives even stood alongside environmentalists and provincial government officials last November when Alberta announced its own plan to tax pollution and set a limit on emissions from the oilsands — Canada’s fastest growing source of greenhouse gases.

McKenna also said that the prospect of putting a price on pollution is also opening up possibilities for new Canadian exports and jobs. For example, she noted that China is planning in 2017 to introduce its own version of what is commonly called cap and trade — a system that requires polluters pay for emissions through a market that allows companies to sell technologies or practices that reduce pollution.

“When China does that, that’s a game changer, because most companies (or) businesses are looking to do business in China or (they are already) doing business in China. So that is a very important signal,” McKenna said in response to questions from Fast.