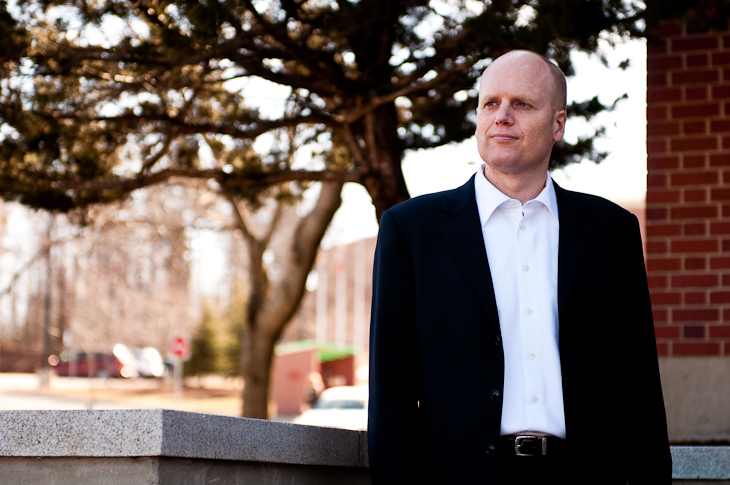 Canada Post and the Canadian government were served on Friday with a strongly-worded human rights complaint for distributing a "highly offensive" newsletter that allegedly spread hate propaganda to 300,000 Toronto homes.

The postal service and the government have both admitted that they find the newsletter to be troubling. But after several failed attempts to stop its delivery, a prominent human rights lawyer, Richard Warman, filed the complaint in Ottawa against the Crown corporation and the federal government.

“Canada Post and the Government of Canada are regularly and knowingly delivering misogynist, racist, anti-Jewish, anti-Muslim, and homophobic hate propaganda into Toronto-area homes," alleged Warman in his complaint to the Canadian Human Rights Commission.

Warman, who has successfully prosecuted a number of high-profile human rights cases, questioned whether the ongoing delivery of the mail is consistent with the "sunny ways" that were promised last fall by the newly-elected Liberal government.

The case revolves around a newsletter called Your Ward News. The publication claims distribution of 300,000 and a readership of one million within Toronto. Canada Post delivers the publication unwrapped, enabling anyone to see the offensive content, including its mail carriers.

"Canada Post and the Government of Canada are regularly and knowingly exposing Canada Post workers to misogynist, racist, anti-Jewish, anti-Muslim, and homophobic hate propaganda in the workplace," alleged Warman in the complaint.

Canada Post, which operates at arms-length from the government, did not respond to a call from National Observer. At deadline, National Observer was also awaiting a response from the federal public works department.

Warman said the crown corporation has been aware of the newsletter’s content since it first began delivering it in March 2015. At the time, the newsletter prompted objections from members of the Canadian Union of Postal Workers.

Canada Post says it's hard to censor the mail

Warman wrote Public Works Minister Judy Foote and Canada Post president Deepak Chopra in early March to ask for a halt to the postal distribution of Your Ward News.

“Although it goes without saying, Canada Post is greatly troubled by the content of the newspaper in question," West wrote.

"Accordingly, over the past year, we have put considerable time and effort into investigating this issue, both internally and with the help of external expertise. Please be assured that we take this matter very seriously.”

West went on to say that it is not up to Canada Post to censor the mail.

“Ultimately, it is a matter for the Courts to decide, not Canada Post. So although we would not knowingly deliver mail that is illegal, Canada Post does not have the right to refuse a mail item because it, or any of its employees, objects to the item’s content.”

Foote previously told National Observer that she had reviewed the newsletter and found it “highly offensive and well outside the norm of Canadian values.”

The minister said she had asked her colleagues to determine the best way forward to address the issue, including advice as to whether the material constitutes an offence under the criminal code.

In his complaint, Warman wrote: “The Government of Canada has the legal obligation to stop the dissemination of hate propaganda, not profit from its distribution through Canada Post.”

Disappointment over lack of action against the newsletter

A number of prominent citizens also announced on Friday that they have formed a coalition to support Warman’s complaint.

They include Jaime Watt, chairman of Navigator Ltd. and a leader in the Toronto LGBT community; Judy Csillag of the Canadian Race Relations Foundation; Ian Davey, former chief of staff to the federal leader of the opposition; and Bernie Farber, executive director of the Mosaic Institute.

Farber is the former CEO of the Canadian Jewish Congress and an expert witness on hate crime.

He told National Observer that at its peak, the white supremacist group Heritage Front used to publish a newsletter. “I can tell you, Your Ward News is far worse than anything even the Heritage Front put out - and that’s saying something.”

Farber said he’s disappointed with the lack of action against the newsletter. The Toronto Police Service allegedly did an investigation that lasted nearly four months into Your Ward News, but ultimately chose not to lay any charges, according to Farber.

“That flabbergasted me. It seems there has been a studied ignorance from people in positions to do something about this, from police to Canada Post, to the minister.

“There’s certainly enough regulations and laws to handle this.”

While Warman’s complaint is the most recent attempt to have Canada Post stop delivery of Your Ward News, it’s not the first time.

In May 2015, Arthur Potts, the Ontario MPP for Toronto’s Beaches-East York riding sent a letter to Canada Post’s Chopra asking the Crown corporation to reconsider its delivery of the newsletter.

In his letter, Potts noted that Toronto’s Hate Crimes Unit was probing a complaint about the then-current issue of Your Ward News, which featured “several offensive and anti-Semitic articles and caricatures.”

Warman couldn’t say how long that process might take.