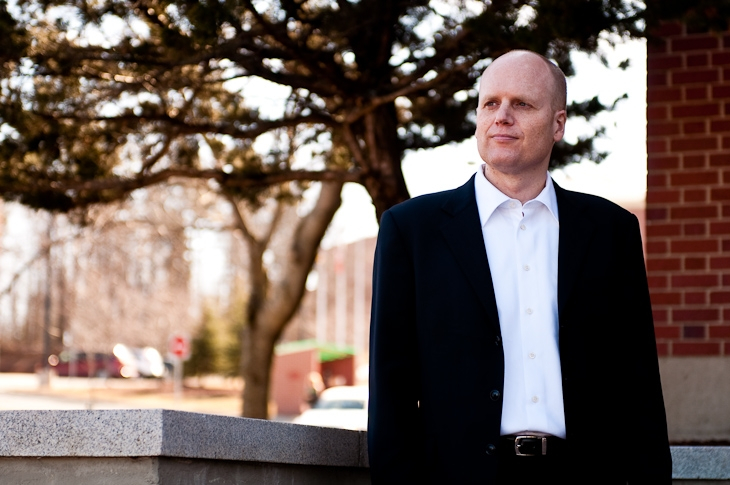 Even as Canada Post comes under increasing pressure to drop distribution of an offensive newsletter, the publication’s editor posted a video in which he denies the Holocaust ever happened.

During a 15-minute video in which he is purportedly explaining the uproar in Toronto over the newsletter, Your Ward News, James Sears - the newsletter’s editor - looks directly in the camera and says, “I don’t believe six million Jews were gassed. I’m telling you that.”

In the last month, critics have applied more and more pressure to get Canada Post to drop the publication, which has been described as “misogynist, racist, anti-Jewish, anti-Muslim, and homophobic hate propaganda.”

Late Tuesday, it looked as if the federal government was finally ready to take steps to stop the publication’s distribution after months of inaction.

Judy Foote, the Minister of Public Services and Procurement responsible for Canada Post, said in a statement that she has asked the Crown agency’s board of directors to review and consider appropriate measures over the newsletter’s distribution.

Foote noted that many residents of the Greater Toronto Area have raised “significant objections” with the distribution of the tabloid in their region by Canada Post.

Newsletter target of complaints since 2015

But those familiar with Your Ward News wonder why it’s taken the minister months to act.

Ottawa Human rights lawyer, Richard Warman, said he’s cautiously optimistic that the minister’s action will lead Canada Post to “do the right thing” and stop delivery of the publication.

“It would have been much more preferable if the minister had exercised her authority under the Canada Post Corporation Act and simply issued direction that Canada Post should cease delivery,” Warman said.

The act states that in the exercise of its powers and performances of the its duties, Canada Post must comply with any directives from the minister.

Your Ward News has been the target of a petition and complaints since 2015.

The Crown corporation is reviewing the minister’s request, a Canada Post spokesperson said in an emailed statement.

In late April, Warman filed a strongly-worded human rights complaint against Canada Post and the Canadian government for continuing to distribute Your Ward News. The newsletter allegedly spreads hate propaganda to 300,000 Toronto homes.

"Canada Post and the Government of Canada are regularly and knowingly exposing Canada Post workers to misogynist, racist, anti-Jewish, anti-Muslim, and homophobic hate propaganda in the workplace," alleged Warman in the complaint.

Mike Palecek, the national president of the Canadian Union of Postal Workers, said he wants to make sure that the union’s members aren’t exposed to racist material.

“Our members have a right to a harassment-free work environment. They shouldn’t be subject to this kind of garbage coming across their desk every morning.”

Palecek said the publication should be pulled. “This is hate material and shouldn’t be distributed.”

A matter for the courts to decide, not Canada Post

He confirmed that Your Ward News is also subject to a grievance from the Toronto local letter carries union over the fact that postal workers have had to deliver the newsletter.

While aware of the newsletter and the issue, Canada Post has continued to deliver the publication.

In March, John West, vice president, general counsel and corporate secretary for Canada Post, wrote Warman and said, “Although it goes without saying, Canada Post is greatly troubled by the content of the newspaper in question.

But West said it’s not up to the Crown agency to censor mail.

“Ultimately, it is a matter for the Courts to decide, not Canada Post. So although we would not knowingly deliver mail that is illegal, Canada Post does not have the right to refuse a mail item because it, or any of its employees, objects to the item’s content.”