Does Trump have something against Indigenous people? 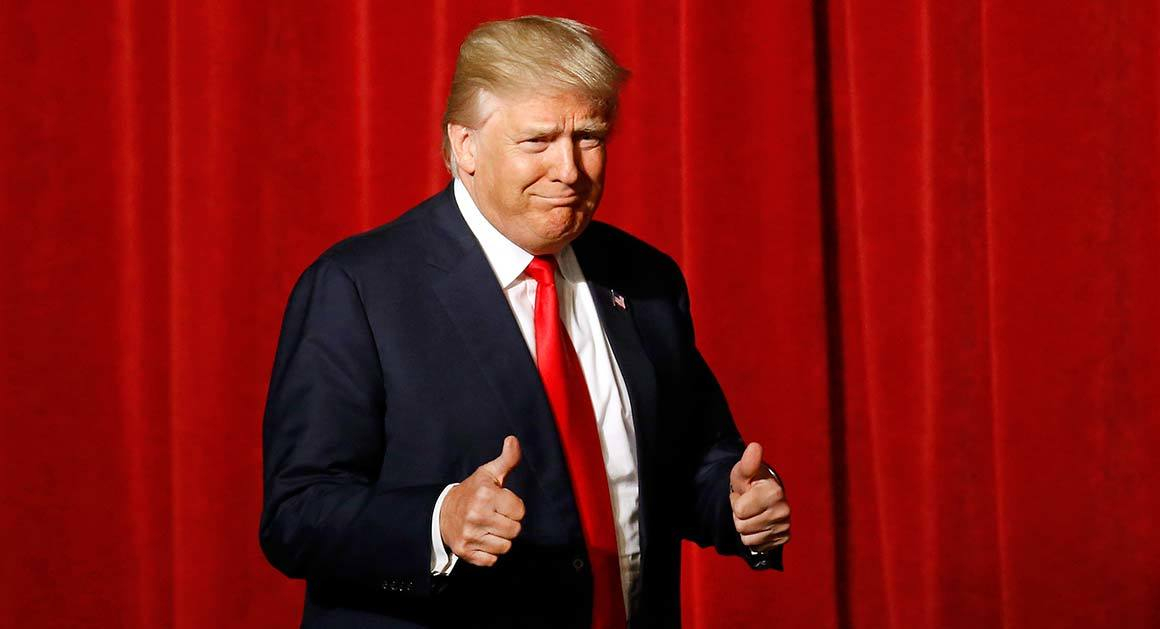 Trump has done it again.

Warren, a consumer advocate and former Harvard law school professor, is one of the most outspoken and respected critics of "trickle-down" economics that benefit America's wealthiest one per cent. Bloomberg News recently named her a critic who "makes Wall Street tremble."

But rather than go after Warren for her economic policies, Trump has repeatedly targeted her claim to be of Cherokee and Delaware Indian ancestry. He also mocked her as an "Indian" at a presser in March.

Trump calls Warren "the Indian" at a news conference in March

While Trump has made recent efforts to court the Hispanic vote, he's never made a similar effort to smooth over any tension with Native Americans. Why not?

One possible reason is because Trump's xenophobic attacks have no leg to stand on when confronted with Indigenous history and legitimate right to the land.

One of Trump's biggest rallying points, which he's referenced throughout his campaign, is 'foreigners' encroaching on America.

Even his ex-rival Ted Cruz praised Trump for "speaking the truth" and "speaking out against the problem that is illegal immigration."

But the anti-illegal immigration protesters have occasionally looked awkward when faced with the argument that Native Americans were impacted by masses of uninvited Europeans well before Trump began giving speeches about "illegals" threatening jobs for U.S. citizens. 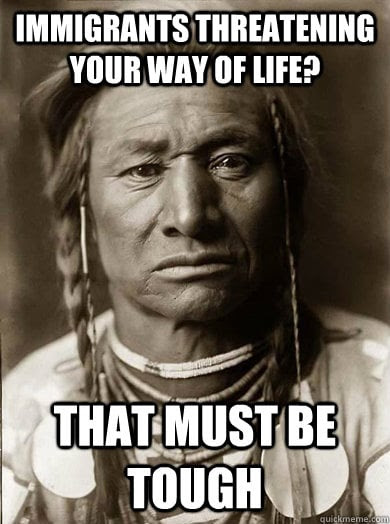 Even before starting his presidential candidacy, Trump has had a long history of clashing with Native Americans.

Trump went out of his way last year to praise the "Redskins" — a controversial NFL team name — as a positive term.

“I know Indians that are extremely proud of that name,” Trump assured, despite a poll that found the majority of American Indians find the name offensive.

He also waded into other fights, expressing outrage over President Obama’s decision to restore the name of Mount McKinley in Alaska back to Denali, its Indigenous name. Trump went as far as to promise voters he'd reverse that decision if elected president, saying it was a “great insult” that the mountain was no longer named after President William McKinley. McKinley, who was assassinated in 1901, had actually never set foot in Alaska.

Trump also tried to paint Native Americans as drug users as part of an ad campaign to stop a casino from being built in New York’s Catskill region back in 2000.
“The St. Regis Mohawk Indian record of criminal activity is well documented. Are these the kind of neighbors we want?” the ads asked.

And in 1993, Trump clashed with the Pequot Nation, whose casino was more popular than his own Atlantic City Casino at the time. While he was giving testimony before the Congressional Subcommittee on Native American Affairs, Trump said the Pequot members must not be real Native Americans because they didn’t fit his mental image of what "Indians" should look like.

While there is a "Team Trump 2016 Native American Indian Nation" on Facebook (which features mostly generic photos of Trump and little insight on why Native Americans specifically should vote for him), media including Native News Online and PowWow news have run stories reminding readers of the Republican candidate's decades-long record of attacks against Indigenous people.