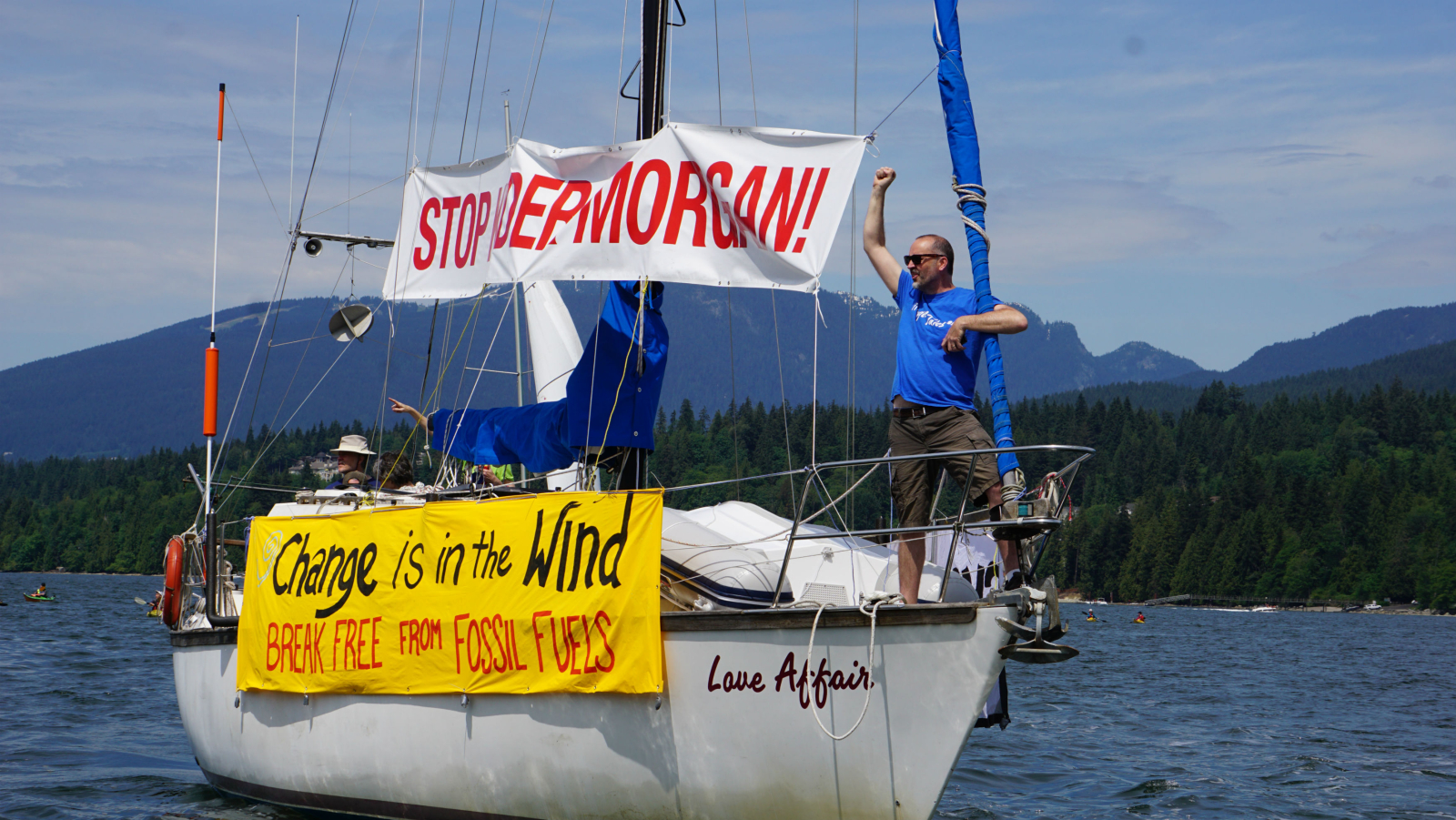 Stephen Collis, local poet and writer, leads the way to the Kinder Morgan terminal in Burnaby, B.C. during a day of mass civil disobedience against fossil fuel use in Canada, Sat. May 14, 2016. Photo by Elizabeth McSheffrey.
Previous story
Next story

A key decision that will impact the future of Canada's oil economy is expected this week after two years of work, millions in expense, and controversy that galvanized protests and prompted mass arrests.

The National Energy Board is set to announce by Friday whether it supports Kinder Morgan's proposal to triple the capacity of the Trans Mountain pipeline, which carries diluted bitumen from the oilsands near Edmonton to Burnaby, B.C., for export.

The federal government also announced the appointment Tuesday of a three-member panel to conduct an environmental review of the project. It will start work next month and provide a report to Natural Resources Minister Jim Carr in November.

The company's plan would add about 980 kilometres of new pipeline and reactivate about 190 kilometres of existing pipeline. The Westridge Marine Terminal beside Burrard Inlet off Burnaby would also be expanded.

A recommendation in favour of the project from the National Energy Board would clear a significant technical hurdle it faces before a final decision is made by the federal cabinet.

One analyst said a decision against the pipeline means oil will still have to get to market, likely transported by rail.

"If the pipeline is not approved, then the oil still needs to go forward."

Ogunnaike said the proposed expansion follows about 70 per cent of the right-of-way along the existing Trans Mountain pipeline.

"Which is different from Northern Gateway, which would be going through more virgin territory, if you will. That's a distinction between them."

However, Ivan Giesbrecht, a spokesman for Northern Gateway, said an application by Enbridge (TSX:ENB) to the National Energy Board states that 70 per cent of its proposed route will also use "previously disturbed land."

Environmentalists have demonstrated against the Trans Mountain project, including more than 100 people who were arrested and charged with civil contempt in the fall of 2014. Most of the charges were later dropped.

Energy board spokeswoman Tara O'Donovan said the panel's review of the project has been based on facts and science, fulfilling a legal mandate to decide whether it is in the public interest.

Kinder Morgan submitted its application in December 2013, and the hearing process began the following April.

The board heard from 35 indigenous groups over 20 days in five cities, accepted evidence from 400 interveners and received another 1,250 letters of comment.

The board requested additional time to consider the project after Trans Mountain said it was considering a pipeline route through Burnaby Mountain. It also sought more time after one board member was appointed and then removed over consulting work he had previously done on the project.

The hearing cost $1.83 million, while more than $3 million was made available to parties that needed financial assistance to participate, O'Donovan said.

Conditions attached to the recommendation could range from addressing the timing of construction to requiring the submission of emergency management plans.

The three members of the environmental panel announced Tuesday are Kim Baird, a former chief of the Tsawwassen First Nation, Annette Trimbee, president of the University of Winnipeg, and Tony Penikett, who was premier of Yukon for two terms.

The panel will consult with indigenous groups and review online feedback on the project as it looks at the upstream greenhouse gas emissions that are linked to the project.

The government said it expects to make a final decision on the Trans Mountain pipeline by the end of the year.