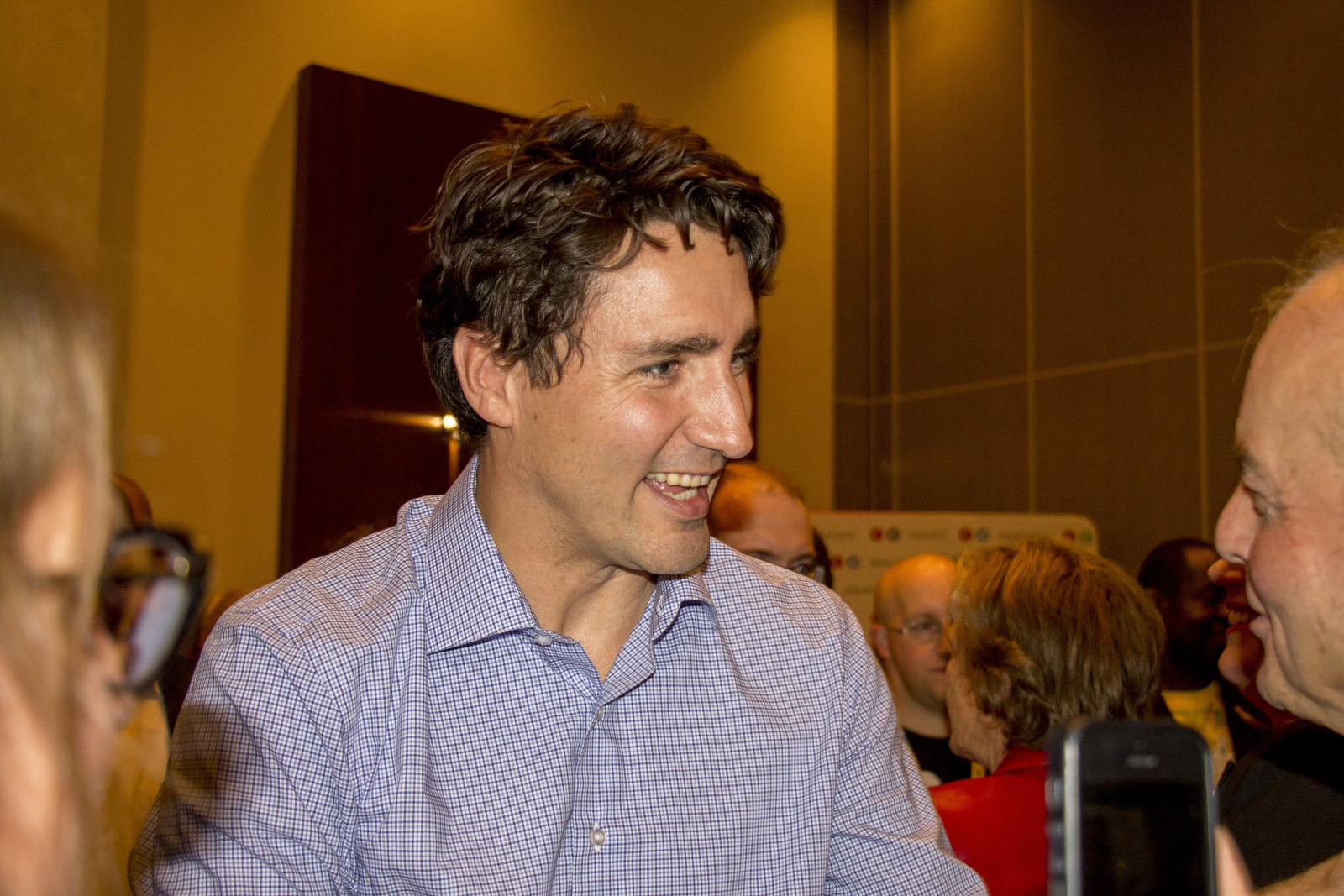 Liberal supporters crowd around Prime Minister Justin Trudeau to take selfies at the the Judy Lamarsh fundraiser in Winnipeg on May 27, 2016. Photo by Bea Vongdouangchanh.
Previous story
Next story

The first political party convention I covered as a reporter was the 2006 Liberal leadership in Montreal when Stéphane Dion came from out of nowhere and beat out heavyweights Michael Ignatieff and Bob Rae for the leadership crown. It was fun, exciting and the outcome was far from predetermined. As one delegate I spoke to noted, “It was [my] first and last great convention.”

He may be right.

Each (Liberal) convention after that was less and less must-attend.

Although Liberal members voted on constitutional changes this time around in Winnipeg, the biggest controversy was on process. But despite some drama, everyone here expected the recommended changes to opening up the party, removing membership fees and eliminating provincial and territorial wings of the federal party would pass.

From the multiple looks back to the Liberal Party's successful 2015 election campaign to repeated rallying cries of “better is always possible,” the feeling at this convention was more love in celebration than momentous turning point for a party that—as leader and Prime Minister Justin Trudeau said during a speech to delegates Saturday—was “left for dead” in 2011.

At least Liberals still know how to party. There were several fun ones on Friday night following a bunch of panel discussions on the environment, diversity and foreign affairs among other policy workshops.

First up: former Toronto Star reporter Susan Delacourt’s launch of the third edition of her book Shopping For Votes. It was held at Hy’s and for all those Ottawa politicos in the room, it was sort of a homecoming. (How Winnipeg still has a Hy’s and Ottawa doesn’t is … slightly strange to me.)

ENsight special adviser Don Newman made opening remarks to the crowd of about 50 before Delacourt rose to speak about her book on political marketing and how ‘niche’ policies get politicians elected, treating voters as shoppers instead of citizens. Newman noted that principal secretary Gerry Butts said in a video during the convention that the Liberals would not win the 2019 election with tactics of the 2015 election. “I saw Susan pick up her pen and start the next edition of the book,” he said.

Guests mingled over lamb chops, shrimp, bruschetta and drinks before heading out to other hospitality suites and parties.

The Judy Lamarsh Fund held a fundraiser for women in politics at the Delta hotel in downtown Winnipeg, hosted by Canadian Heritage Minister Mélanie Joly and Democratic Institutions Minister Maryam Monsef, called Because It’s 2016. Fresh off the plane from his G7 trip to Japan, Trudeau made a short appearance late at the party which set off a flurry of selfie action.

Guests clamoured to get in reach of him to take a photo (not me, I was trying to get photos of the selfies, which resulted in a near physical molestation, err, elbowing in my breast, oh... nevermind). In my attempt to get evidence of said selfies, I accidently (not on purpose, very sorry!!) got in the way of one delegate’s photo which led to a very stern, "You ruined my photo!" and a later head shaking with a “that was cheap” comment. I survived.

The party died down after Trudeau’s appearance and some went to a crowded Merchant Kitchen (an excellent tapas fusion restaurant in downtown Winnipeg) for the President’s Party, hosted by former Defence minister Bill Graham with Liberal Party president Anna Gainey. There was a long line up with even MPs standing outside waiting to get into the overflow room of the Alt hotel. Once in, guests were treated to a candy bar, dessert and drinks, including a signature drink called Elbowgate which consisted of red wine, Sprite and grapefruit juice.

The Liberals wrapped up their convention on Saturday with a vote on the constitutional amendments, which passed with 1,998 votes. Only 66 voted against.

Here are some of more images from the last two days of the convention.

Federal Liberals party it up in Winnipeg