Are Canadian women killing themselves with cosmetics? 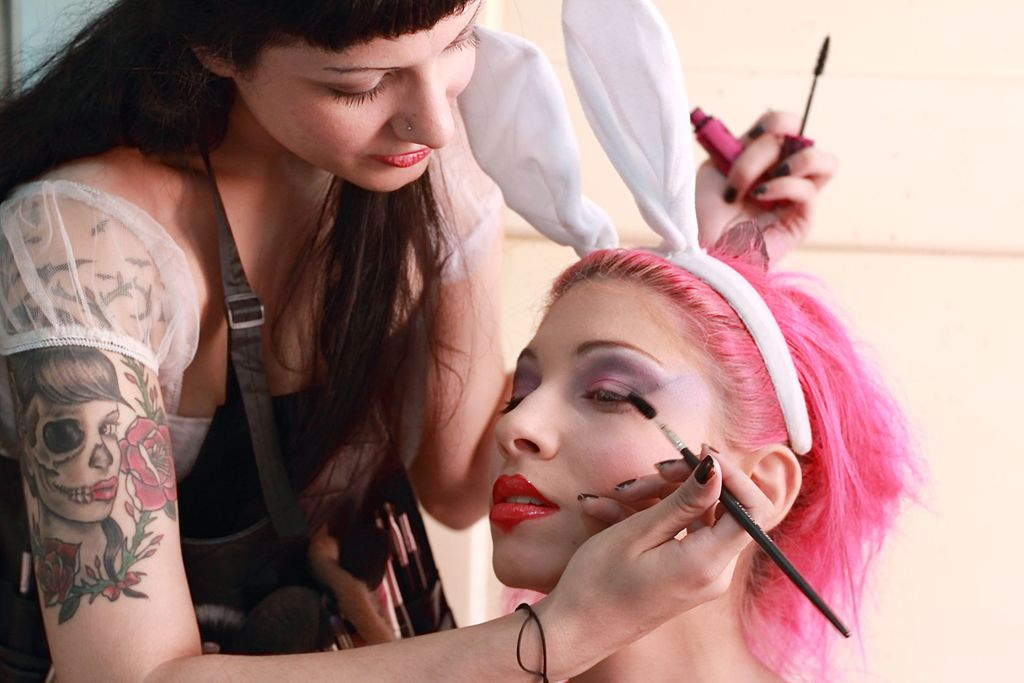 Photograph by Michel Ozimo from Wikipedia
Previous story
Next story

When it comes to consumer products, cosmetics are in a class of their own and lax regulations in Canada have critics worried.

“If you’re using the same product every day for months and it contains a carcinogenic substance in it and Health Canada isn’t doing its due diligence quick enough to check and get it off the market, that’s a huge cause for concern for Canadians,” said Maggie MacDonald, who manages a program at Toronto-based Environmental Defence that scrutinizes toxic substances in consumer products.

A recent audit from the federal government's environment watchdog revealed that potentially deadly toxins in cosmetic products were continuing to flow into Canada after a Health Canada program to help regulate the industry got funding but failed to materialize.

That was only one of the conclusions, among many, from the report released by the federal environment commissioner. It laid bare the regulatory mess governing the use of cosmetics in Canada.

What critics find every bit as appalling is the lack of legislative initiative over the last nine years to reform an industry that is bogged down in a bureaucratic morass while it continues to market potentially unsafe products to Canadian consumers.

Under Canadian regulations, cosmetics include much more than make-up. Shampoos, shaving creams and many other products are found in the product category.

MacDonald says people have an intimate relationship with cosmetics. Every day Canadians use these substances, applying them to their skin, putting them in their hair, and inhaling them.

The cosmetic industry does not have to disclose or label the chemical components of cosmetics identified as perfume, aroma, fragrance or flavour, for instance. The latter chemical concoctions are considered trade secrets.

But the commissioner’s report noted that many of the chemicals commonly found in fragrances can trigger allergies and asthma and have been linked to cancer. And because Health Canada doesn’t test for prohibited or restricted ingredients in cosmetics, the agency can’t assure consumers that the products are safe.

Nor does Health Canada regularly test cosmetics to verify the accuracy of product labels or to check for the presence of prohibited substances, microbial contaminants or heavy metals.

The report also found that the agency didn't have a good grasp on the problems associated with international e-commerce or the health and safety risks posed from counterfeit cosmetics. The latter are a problem as consumers are free to shop from any web site - some of which may not be reputable - anywhere in the world and may end up purchasing counterfeit cosmetics.

An example of the two risks came into sharp relief in 2015 when sites online began offering “suspect” products supposedly from one of Canada’s most popular cosmetic manufactuer’s, MAC.

When cosmetics were found to contain prohibited substances, it took Health Canada nearly nine months to issue a notification to have a product removed from retailers. The report noted that such delays meant consumers could be exposed to dangerous products for prolonged periods.

And when it came to checking if a product had been taken off the market, the process consisted of a phone call to the retailer.

Julie Gelfand, the Commissioner of the Environment and Sustainable Development, called the latter disconcerting.

“You could be talking to a teenager who’s got a part-time job. It’s a verbal confirmation that the product is not on the shelves. I think there could be something a bit more rigourous.”

Health Canada did not immediately respond to questions, but Gelfand said that the agency has provided her with a management response and action plan meant to address some of the short-comings identified in the audit.

The wild west of product regulation

How Health Canada handles recalls isn't the only thing that’s disconcerting about the regulation of cosmetics in Canada, said Rick Smith, the executive director of the Broadbent Institute.

“All of this underlines, cosmetics are the wild west of product regulation,” Smith told National Observer.

“This industry and this class of products are not really held to the same standards of safety that consumers would expect and in fact already exist with respect to other types of consumer products.”

Smith is the co-author of two best-selling books on pollutants in consumer products.

Smith said it was bizarre that there was a lack of rules compelling industry to disclose the ingredients in their perfumes and colognes. In some instances, the products have a couple of dozen different chemical ingredients that aren’t even listed on the labels, he said.

“That kind of thing that would just be absolutely unacceptable when it comes to foods, when it comes to pharmaceuticals,” Smith said. “You can’t do that. You can’t just make up the product with whatever weird chemicals you want and start selling it on the shelves of Canadian stores.

“But you can do that with cosmetics.”

Gelfand appeared to agree. “It is questionable as to why there is a difference between cosmetics and other products,” Gelfand said.

“They themselves identified ways of improving the regulations around cosmetics. They decided not to proceed with those changes and that’s a call parliament will have to look at.”

In 2007, the Conservative federal government launched an initiative to improve the oversight of cosmetic safety. The next year it provided Health Canada with an unspecified amount of funding to put in place improvements.

The department promised to introduce improved protection of consumer health and safety; increase information to support consumer decision making; and align Health Canada’s requirements with those of its international counterparts.

More specifically, Health Canada would require the cosmetic industry to undertake mandatory incident reporting if consumers experienced adverse reactions to cosmetics. Such mandatory reporting was introduced in 2011 for consumer products, but not for cosmetics.

The department would also require manufacturers to notify Health Canada of ingredients before it went on sale in Canada; and disclosure of 26 known fragrance allergens on product labels would become mandatory.

None of the changes happened.

Instead, in 2012, Health Canada told the Auditor-General’s department it was going to look at other ways of improving the oversight of cosmetics.

In her 2016 report, Gelfand noted, “In our view, the shortcomings of the Department identified in 2007 remain, and consumers lack important decisions to make informed product choices.”

Environmental Defence’s MacDonald said the most immediate effect of the decision not to follow through with the regulations is a system where the industry has an easy ride at the expense of the consumer.

“Had those changes suggested in 2007 actually been adapted by Health Canada, we would have a safer system for cosmetics, but nothing was done even though funding was received,” MacDonald said.

Someone else who lays blame for the lack of proper regulatory oversight at Health Canada’s doorstep is Darren Praznik, the president and CEO of the Canadian Cosmetic, Toiletry and Fragrance Association.

Praznik said depending on the claims a manufacturer makes about its product, it can end up falling under three different sets of regulations, administered by two different branches of Health Canada.

“It is quite frankly a bureaucratic, siloed mess,” Praznik declared.

Praznik is adamant the problem isn’t with the cosmetic manufacturers. He says the law is clear that a manufacturer cannot put a product on the market that will cause harm when used as intended.

“There has not been a rash of unsafe products on the market. What the problem is, is the cosmetic regulations are administered within Canada and coordination is lacking. We were very troubled by the tone of the report.

“Cosmetic manufacturers have an absolute obligation to ensure their products are safe.”

Praznik dismisses the alarm over the 50 notifications between April 2013 and 2015 that found prohibited substances in the cosmetic formulations. Health Canada received approximately 50,000 to 60,000 notifications of new products and changes to existing products in the same time frame, Praznik said.

“At the end of the day, it’s a prioritization and political leadership. It requires someone to say we need to clean this up and we need to put some time and effort and revise this whole structure to update it to the modern world.”

But Rick Smith, for one, doesn’t believe the blame for poor regulation is entirely Health Canada’s fault. “I think this is an industry that for too long has not been held to the same standards or transparency that other consumer product manufacturers have long been held to.

For Gelfand’s part, asked if Health Canada is doing a good enough job protecting consumers when it comes to cosmetics, she simply replied: “I think it could be doing more.”