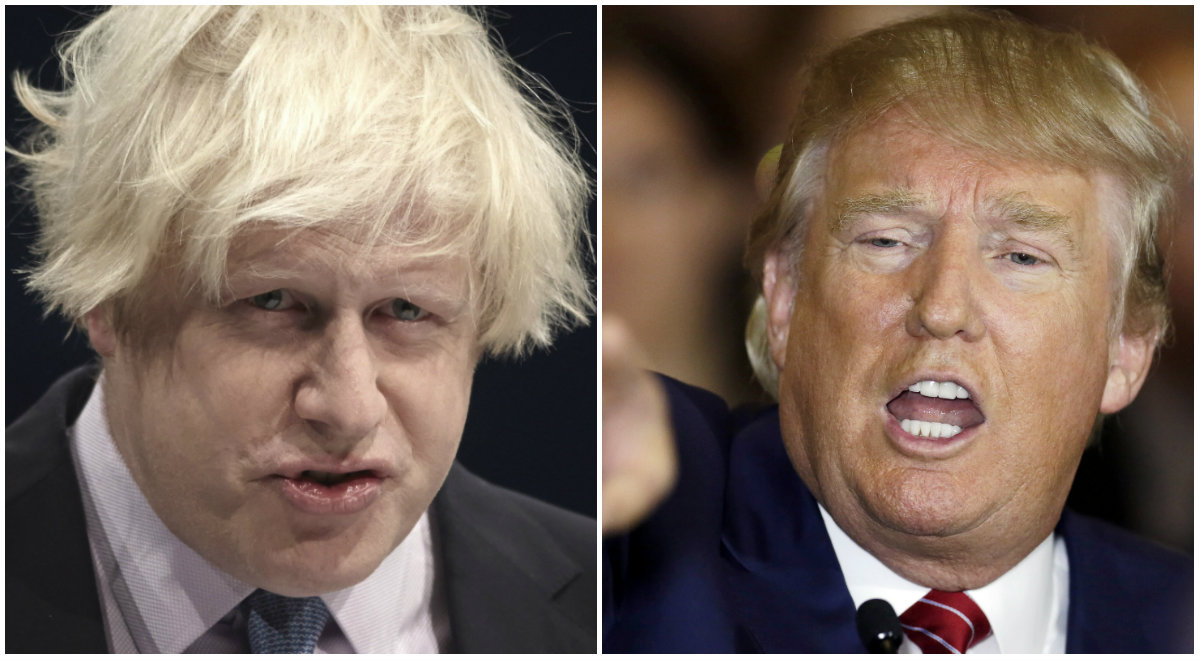 But in a characteristically British way, it has come into clear view not as a result of street protests or flagrant civil disobedience, but as the outcome of an orderly vote.

Disappointment and shock at the outcome, especially among young Britons, has already generated a petition seeking to redress the outcome of the Brexit referendum; it has garnered 1.7 million signatures in almost no time at all.

The outcome of the Brexit vote in Great Britain, a slim 2% win for the side that wants to leave the European Union, has stimulated an outpouring of sentiment and angst not seen since the global economic collapse of 2008. And that sentiment is sharply divided between young people looking to the future, and old people looking backwards to the past.

The only reason young citizens did not carry the day was the simple fact that a far higher percentage of their age group failed to vote, whereas at the other end of the age spectrum, voter turnout was substantive. Despite a last-minute surge in voter registration, dominated by young people, this distinction remained.

The education and geography factor

There were other distinctive characteristics of people who voted to either leave or remain.

The more educated you were, the more likely you were to vote to remain in the EU.

If you lived in Scotland or Northern Ireland, you were far more likely to vote to remain as part of the economic union with Europe.

Living in Wales or in the industrial heartland of Britain, you are more likely to want to leave.

If you didn’t travel much – to the extent that you didn’t even own a passport – you probably voted to dismiss ties with the EU.

And if you formally declared yourself to be true blue “English”, your vote against staying in the EU was almost a given.

The characteristics of British citizens who voted to sever ties with their fellow members of the EU bear some resemblance to Americans voting for Donald Trump. They are nativist – cherishing the notion of “England for the English.” They have less experience outside their country. They have received less formal education. And judging by their political leaders – UKIP (UK Independence Party) Nigel Farage and former London mayor Boris Johnson – they are anti-immigrant and homophobic.

Nigel Farage, like Donald Trump, is a very wealthy man. He is a stockbroker, and the son of a stockbroker; by age 21 he was already earning £200,000 a year, according to The Guardian. To complete the circle, he is also married to a stockbroker, Kirsten Mehr, who by a peculiar irony, happens to be German (Germany is the most committed advocate for the continuation of the EU).

As another source of considerable cognitive dissonance, Farage’s ancestors actually included French Huguenots, Protestant refugees who fled Catholic France for England to avoid persecution – or as one commentator put it, “a load of bloody immigrants banging on about their human rights”, the turn of phrase that Farage the politician could easily use about foreigners coming to England. (Farage has a nasty tongue like Trump too. He once described a fellow Member of the European Parliament as having the "charisma of a damp rag and the appearance of low grade bank clerk," an insult for which he was roundly chastised. Like Trump, he has remained entirely unrepentant to this day.)

Farage has defended a former UKIP candidate for using words like "Chinky bird" (to describe a Chinese person) or "poofter" to describe gay members of his party, in the same way an ex-UKIP councillor defended her comments that she felt an unexplainable discomfort toward people with "negroid features." Like the current GOP presidential candidate, Farage vehemently denies the existence of prejudice in his party. Farage, like Trump, but even more like former Prime Minister Stephen Harper, preaches warlike sermons, with talk about increasing funding for the armed services by up to 40%, enhancing the profile and presence of the police, reducing taxes and government services, and expanding the prison system.

And to top it off, Farage and the UKIP are unimpressed by the science of global warming.

The other leader in the movement to leave the EU is former London mayor Boris Johnson, who served as a British MP before and after his term as mayor. Johnson also comes from a wealthy family with strong political connections whose ancestors include a Turk, a Swiss German, an American and at least one French citizen.

He is also distantly related, on his father’s side, to all of the royal families of Europe; his full name is actually Alexander Boris de Pfeffel Johnson.

Johnson has at times called himself “a one-man melting pot”, but nevertheless has become a champion of those wanting to block other immigrants from coming to England.

In hairstyle, his flyaway blond locks bears an eerie resemblance to Donald Trump.

This unlikely pair of British political masters have been an outspoken 'voice of the people' for quitting the European Union, despite their elitist and plutocratic backgrounds.

Not surprisingly, their rarefied and privileged personal histories have ill-equipped them for actually representing the majority of British citizens, despite the political success that has appeared, at least for now, to accompany their campaign to leave the EU. It is not surprising, consequently, that a backlash has emerged almost overnight against their preferred outcome of the Brexit referendum.

Prime Minister David Cameron, politically broken, has resigned. The business community, deeply enmeshed with trade, social and other connections with their European partners, has voiced their profound distress. And young people have been galvanized, by their horror at the Brexit outcome, into direct political action in the form of a massive petition demanding reversal of the results of the referendum vote.

The comparisons between the behaviour and goals of Donald Trump and the thrust behind the referendum have been coming thick and fast. In the lead up to referendum day, former British Labour MP and cabinet Minister, David Blunkett, compared the referendum concept to Donald Trump’s “crazy idea of building a wall” between the US and Mexico. He castigated the belief that “you can cut yourself off, that you can do things that are rationally unthinkable but in terms of instinct and emotion capture people”, while acknowledging that both Trump and the “Leave” movement had obviously captured that instinct and emotion.

Predictably, Donald Trump has embraced the idea of Britain leaving the European Common Market – once someone had explained to him what the referendum was all about. Trump was in Scotland opening a new golf course when the referendum vote was announced, and tweeted as follows: “Just arrived Scotland. Place is going wild over the vote. They took the country back, just like we will take America back.”

Not surprisingly, the Donald got it dead wrong.

Scotland voted overwhelmingly to stay in the EU. The Donald was subsequently treated to a barrage of highly uncomplimentary Scottish tweets in return, which included multiple explicit references to his general ignorance about most things.

The foreign ministers of the six countries that founded the European Union have just met, and issued a joint statement declaring that if indeed Britain wished to head off on its own, then the process should move forward quickly, something that has caused increasing alarm among Britons who are now waking up to the impact of their decision.

Waking up, is in fact, very much the operative phrase.

Since the referendum results were published, questions like “What is the EU?” And “What is Brexit?” are being posed to Google search in large numbers from the UK. In London, there was a 680% spike in searches for “Move to Gibraltar”, the miniscule British quasi-colony that voted overwhelmingly to stay in the EU.

It is clear that the results of the Brexit referendum have not produced a final or fixed outcome. That’s because they are built on old and thoroughly outmoded political models – of conflict and jungle survival – that clash with the new paradigm of collaboration, balanced relationships and sharing. Young people generally get this. Older people, and people that want change but have thought little about how to bring it about, often do not.

So on both sides of the Atlantic, then, upstart populist leaders like Nigel Farage, Boris Johnson and Donald Trump have fanned the flames of discord and separation. In doing so, however, they have stirred increasing numbers of people, previously content to sit on the sidelines, to action. In particular, they have aroused the sleeping giant of the coming generation, which is starting to rise out of the lethargy imposed by cynicism and a sense of impotence.

Young people all over Britain and in the United States (where the “socialist” model of Bernie Sanders has overwhelmingly drawn young people to his camp) are now standing up to be counted. The flame that ignited the Occupy movement and Idle No More, and the early altruism of the Arab Spring, has been relit.

Now, aware as never before of the dangers represented by this angry and retrograde movement towards separation, young people are emerging from the shadows of political marginalization into the sunlight of explicit political expression.

If the over 3 million people in Britain who have signed a petition to ask for the Brexit vote to be nullified succeed in their goal, then a sigh of relief will drift around the world.

But even more than that, there will be a redoubling of the energies of those who recognize that all of us share a common future must work together.

The world will then move one step closer to its astonishing collective potential.

If almost half the citizens

If almost half the citizens of the country hadn't been left behind by globalization, so that inequality of economics and opportunity hadn't been denied them while the obscenely rich were living obscenely rich life styles in London, immigration problems wouldn't have triggered this. As inequality grows around the world there will be more and more problems. There already are in some of the other countries in the EU.

I suspect the result is, in

I suspect the result is, in part, people telling the plutocrats that they are fed up with the system that makes the rich richer but does little or nothing for the rest of us. It is a message, but will those in power politically and financially listen to it?

I agree with David Huntley's

I agree with David Huntley's comment. Just as our PM was elected out of sheer disgust at the old one. Not much difference so far if one looks beyond Bread and Circuses.