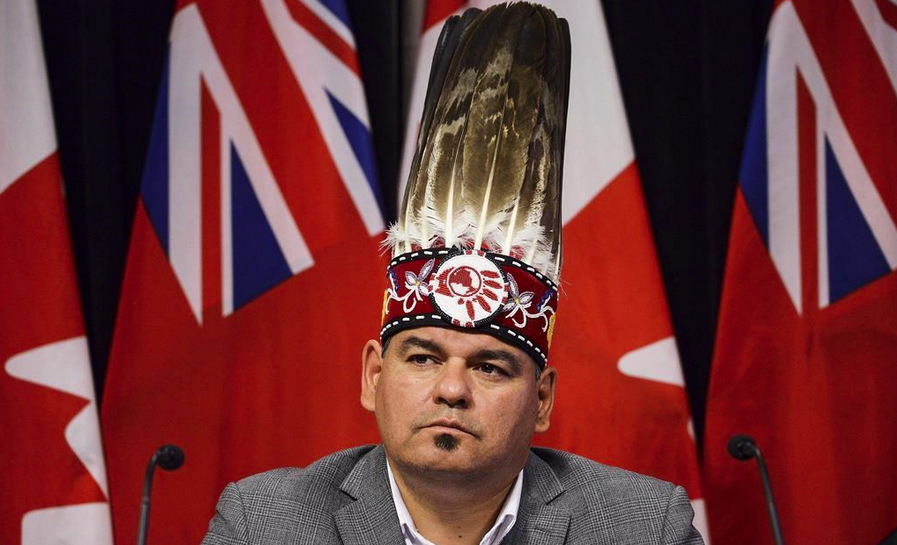 A new $382−million government announcement on First Nations child welfare is raising as many questions as it answers, aboriginal leaders and advocates say.

Late Tuesday, federal ministers announced they were implementing what’s known as Jordan’s Principle, a policy designed to ensure First Nations children do not get caught up in bureaucratic spending disputes between layers of government.

In Manitoba, Health Minister Jane Philpott announced the government will spend an additional $382 million over three years for that program.

The announcement came just one day before Ottawa was required to prove to the Canadian Human Rights Tribunal that it is not discriminating against First Nations children in delivery of child welfare services.

But the details took aboriginal leaders by surprise and left many people scratching their heads.

"But funds should also be put in place for all services, such as social, education and other investments — not just health dollars. As the Canadian Human Rights Tribunal pointed out earlier this year, there exists unequal levels of health care — and all social services — that indigenous children in Canada receive compared to non−indigenous children."

In the government’s submission to the human rights tribunal on Wednesday, Indigenous Affairs said it has begun working with First Nations child welfare agencies to reform child welfare and to eliminate any discrimination in levels of service.

Plus, in a nod to its new approach to Jordan’s Principle, the government said it will ensure that all children living on reserve with a disability or a short−term condition get quick access to any help they require — regardless of what may be happening in the bureaucracy.

But Sheila North Wilson, the grand chief of an organization representing First Nations in northern Manitoba, said she is concerned that the Jordan’s Principle announcement only refers to health and social services, and doesn’t extend to other government services such as education.

"We can’t get services to our children fast enough," she said.

"I hope ... that this is just the beginning of their commitments to indigenous people and families and children."

Cindy Blackstock, who runs one of the organizations that filed the original child−welfare complaint with the human rights tribunal, said she is reviewing Tuesday’s announcement and Wednesday submission to the tribunal.

It is problematic the government appears to be using a flawed oversight process to assess and oversee the application of Jordan’s Principle, she said.

"The (government’s) fact sheet leads us to believe that the two assistant deputy ministers are from Health and Indigenous Affairs are going to oversee it but in my view, this needs some independent oversight," Blackstock said in an interview.

"Those two departments are responsible for the discriminatory definition and implementation of Jordan’s Principle so it shouldn’t be just left to them to oversee this process."

Blackstock also wants to know how much money will go directly to children and how the government plans to address denied cases.

She has been deeply critical of the government’s level of funding for child welfare services. Her calculations peg the need at more than $200 million per year while the government’s budget earmarked $71 million.

That’s above and beyond the $382−million for implementing Jordan’s Principle.

The debate over funding that ensued following the budget’s release was slap in the face, added regional chief Day.

He leads his organization’s health portfolio.

"It is a slap in the face to the tribunal," he said.

In its six−year examination of the Canada’s residential school legacy, the Truth and Reconciliation Commission flagged the number of indigenous children in care as a key issue to be addressed.