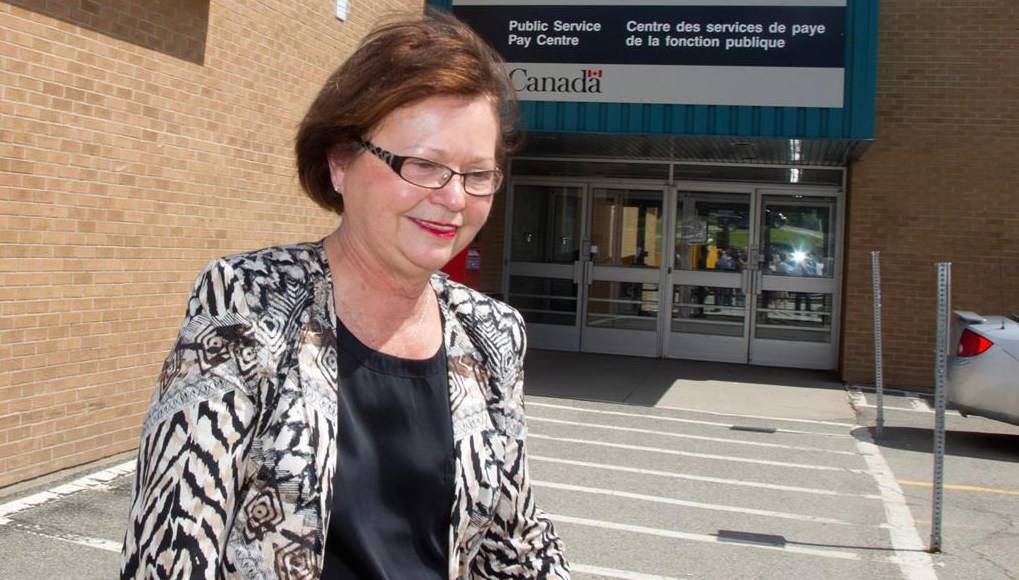 Public Services Minister Judy Foote is laying some blame for problems with the government’s new Phoenix payroll system on inadequate training for staff who input information within each federal department.

"The human resources people and the finance officers in the various departments enter the information that is then processed by Phoenix and the employees here. Maybe we didn’t do a good enough job of making sure that the people in the departments were educated properly as to what was expected of them," Foote said Wednesday.

She had just finished a tour of the centralized pay centre in Miramichi, N.B., and a meeting with employees.

More than 80,000 civil servants are facing pay issues, including 720 who have not been paid at all — in some cases for months.

Foote said 486 of those employees were paid Wednesday, but the rest will have to wait until the next pay period.

"The information is entered by departments, so if there was a name spelled wrong, or if there was a wrong address, then that would go back to the department. I’m told that has now been cleared up and they will be issued cheques on the next payroll," she said.

The minister said the pay centre employees are doing their job well, and the centre will remain in Miramichi.

Chris Aylward, national vice−president of the Public Service Alliance of Canada, said the union has been saying all along that nothing was wrong with what the workers in Miramichi were doing.

"She’s finally catching on to that," he said, referring to Foote. "They can talk about training and putting more phone lines into Miramichi, but until they actually come out and say there’s a problem with Phoenix, the system itself, then we’ll be talking about this for several months to come."

Aylward said Foote has failed to deliver on her commitment to make sure all public servants were fully paid by this week.

"When the minister makes a commitment, you would think that it would be carried through," he said. " This is nothing new. This is their track record since February — absolutely horrendous. Evey week we hear a different story."

Foote said employees at a temporary pay centre in Gatineau, Que., are working to handle the backlog.

"We are putting as many employees in place as we can in the temporary pay centre to deal with the backlog of issues so the employees here in Miramichi can do the job they were intended to do," she said.

The software, which went into use this spring, was purchased by the previous Conservative government.

"Those of us who are mere cogs in the wheel are not in a financial position to deal with this debacle ... I never expected to be living in fear that I would have no roof over my head after doing my best for the people of Canada for nearly 30 years," wrote one person.

Many people are complaining that they have been left in dire financial circumstances and are being forced to pay additional credit card interest and other bank charges.

When asked Wednesday if the government would compensate employees for the added expenses, Foote said she knows people are experiencing hardship and the government will have to look at every employee’s situation on a case by case basis.

A meeting of department officials, federal employees and union representatives is set for Thursday in Ottawa.

Prime Minister Justin Trudeau said last week that the clerk of the Privy Council, which advises him and his cabinet on government operations, would lead efforts to fix the payroll system.