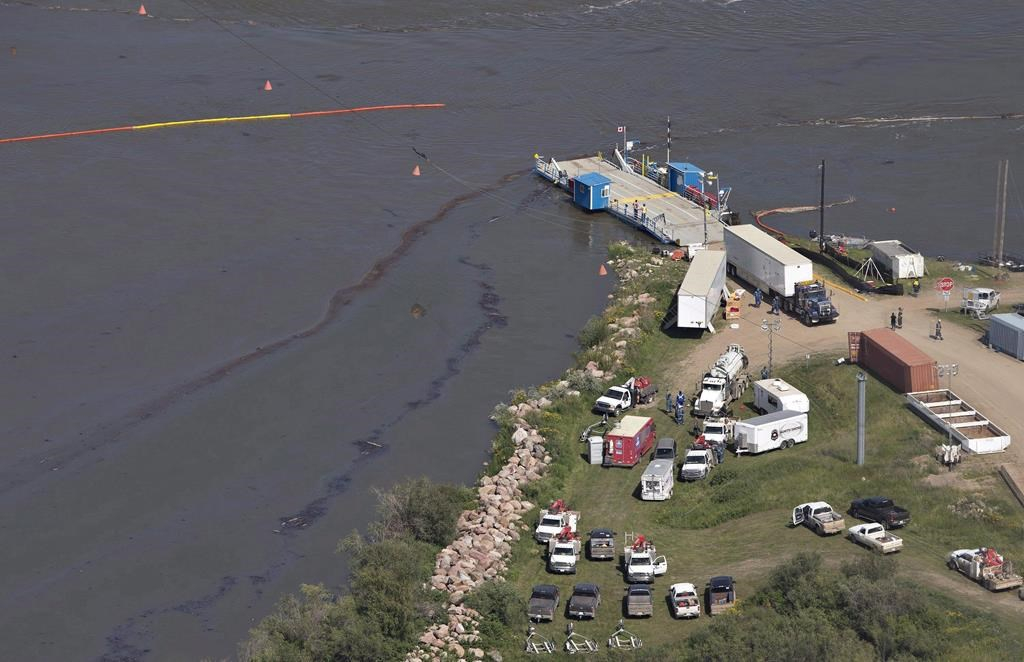 Former pipeline engineer and whistleblower Evan Vokes is calling for a public inquiry into the operations and engineering of all Canadian oil and gas companies after Husky Energy altered a report about its response to the Saskatchewan oil spill.

Vokes, who blew the whistle on TransCanada in 2012, said Canadians deserve answers about why pipelines are leaking and blowing up, despite industry claims that its infrastructure is safe. He said an inquiry could help shed light on some of the mysteries, much like the recent public hearings in Quebec held to root out corruption in the construction industry.

“Another closed door company inquiry into such a serious matter (as pipeline safety) is unacceptable," Vokes told National Observer on Thursday. "Quebec was correct to hold the inquiry (into the construction industry) and remove self governance from engineering.”

Calgary-based Husky Energy initially reported it had detected the pipeline leak that spilled around 1,572 barrels of oil into the North Saskatchewan River about 14 hours before responding to the disaster and informing provincial authorities. On Thursday, it submitted a new report saying it only discovered the leak about 30 minutes before it notified the provincial regulator.

The spill has caused major economic and environmental damage, particularly for two central Saskatchewan towns, Prince Albert and North Battleford, that rely on the river for drinking water and are now scrambling to supply residents. It is also elevating public concern about other major pipeline proposals such as TransCanada's 4,600-kilometre Energy East project that would carry more than a million barrels of oil per day between Alberta and New Brunswick crossing several major waterways such as the Saint Lawrence and Ottawa Rivers.

Russ Girling, CEO of TransCanada, told The Canadian Press in an interview that he understands why the public is getting worried about pipelines.

"All of these incidents shake public confidence," Russ Girling said in an interview. "There’s no question that things like that cause people concern, and rightfully so.”

Vokes has long alleged that many energy companies are cutting corners on engineering rules, putting public safety at risk. The federal regulator, the National Energy Board (NEB) confirmed in 2014 that several of his allegations of violations at TransCanada were valid.

"This is a very big deal," Vokes said, referring to the latest incident affecting Saskatchewan. "If everything was in place that they talk about (to ensure safety) then how did it happen? Obviously someone is not telling the truth. It didn't just happen, it wasn't magical."

Environment and Climate Change Canada says it has opened an investigation into the spill to “determine whether there may have been a contravention of federal environmental and wildlife legislation.” The department declined to comment further.

Authorities have already identified several wildlife casualties from the Husky spill, including birds.

Husky has said repeatedly since the leak was first reported that "Our primary focus continues to be the safety of the public and the protection of the environment."

Greenpeace Canada’s Keith Stewart said government investigators should probe when Husky realized it might have a spill rather than when “there definitely was one.”

He said in other recent pipeline catastrophes have shown that companies don't always respond to warning signs.

"It costs money to shut down the pipeline and send someone to check if there is a spill, so companies have an incentive to wait and see if the problem goes away," Stewart said. "This 'bias towards inaction' saves the company money in the short term, but can have terrible costs for the public if there is a spill."

While Canada’s energy watchdog, the National Energy Board, doesn’t regulate this particular pipeline, NEB spokesman James Stevenson said it is monitoring the situation closely and interested in hearing details about the cause of the spill.

He said the NEB has also offered to help Environment and Climate Change Canada with its investigation.

Girling, the TransCanada CEO, said his company will be keen to learn from the Husky incident to improve pipeline safety.

"From all incidents, both ours and other incidents around our industry, we learn from them — certainly around moving water, that is one of our biggest risks," said Girling.

The NEB is currently holding public consultations around the country to probe citizens on their concerns surround TransCanada’s controversial Energy East pipeline project.

-With files from The Canadian Press

By Morgan Lowrie | News, Politics | June 16th 2016
Reports from the Race to a Safer World

Another "state of the art

Other than sharing ways to

Other than sharing ways to hide, alter, or destroy evidence to protect the guilty, how would the NEB help?

There is absolutely no reason

There is absolutely no reason to go ahead with the energy east pipeline project. IT's just to risky. We cannot trust the pipeline companies to build and monitor these pipelines adequately. Even if they did. There still will be oil spills. Let's move forward away from fossil fuel.

Well, there's some risk here.
Whether the risk is less than the reward, we'll just let the NEB decide for us.