The booming coal city that turned into a ghost town 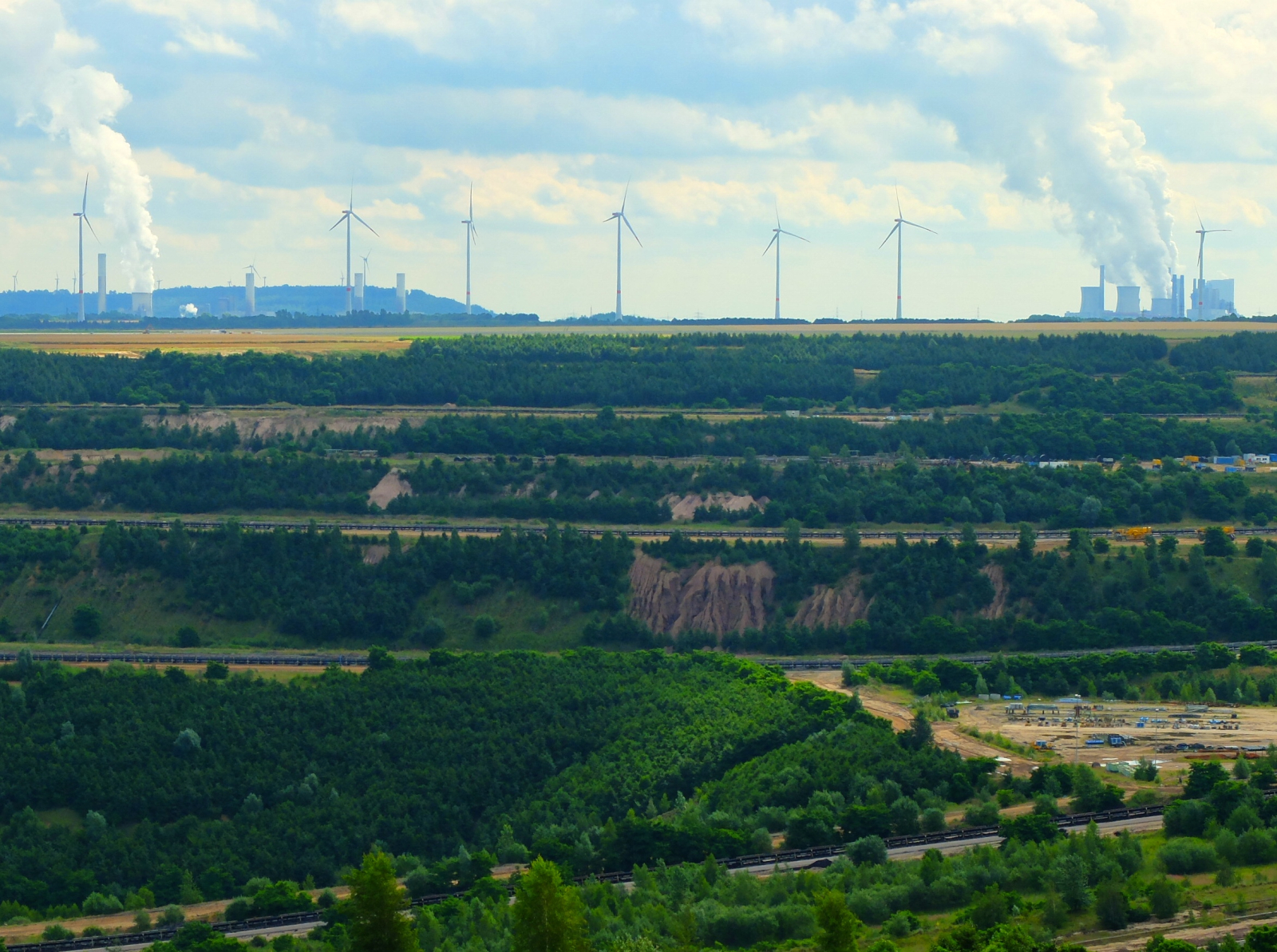 In the village of Immerath in western Germany, the buildings are boarded up and there is not a pedestrian to be seen. It is hard to imagine shops behind the windows and children playing in the streets not long ago. It is even harder to imagine how it will look in a few years. The village is condemned to be swallowed by an expanding soft coal mine and will soon disappear.

Immerath’s demise underscores the challenge facing Europe’s most famous experiment in clean energy. Even as renewables surge in Germany, industry remains tied to coal fired electricity and RWE’s Garzeiler II (soft coal) lignite mine has been given license to engulf the town.

Germany has enshrined the principles of a renewable energy transition—the energiewende—in federal policy. This increased the share of clean electricity from roughly 10 per cent a decade ago to 32.5 per cent in 2015. The Germans broke up the big utility monopolies and created incentives to invest in renewables, prompting citizens, businesses and small investors to install wind turbines in their communities and solar panels on their roofs. The transition has been grassroots, decentralized and globally acclaimed.

But the energiewende certainly isn’t evident on the streets of Immerath. A village of 1200 people in 2006, it is now a ghost town awaiting its own extinction. Bulldozers sit on standby in the fields as time runs out for the ivy-covered buildings.

The Garzweiler mine expansion was approved in 1997, prompting lawsuits by the townspeople and sparking Germany’s largest anti-fossil fuel protests and blockades. But most residents are gone now. Some have moved to the town of New Immerath, created in 2006 less than 150 km away.

This July, another nearby town, Holzweiler, narrowly escaped the same fate, when the state government announced that the Garzweiler mine would only be allowed to encroach on the town from two sides, not four. “Holzweiler won’t become an island,” assured Franz-Josef Lerse-Mensch, the Minister for Federal Affairs, Europe and the Media in the state of North Rhine-Westphalia.

This is Germany’s industrial heartland and one of its main coal-producing regions. It embodies one of the energiewende’s biggest challenges: the fact that Germany still draws 42 per cent of its electricity from coal and remains the world’s leading producer of lignite, a dirty fuel that delivers far less energy than natural gas, firewood or hard coal. It is also abundant and cheap to produce, and the mechanism designed to raise the cost of electricity from fossil fuels—the European cap-and-trade system—has barely affected its price.

Germany’s carbon emissions dropped steadily from 1990 to 2009 but they are now on the rise again. At the moment, it is unclear whether Germany will reach its 2020 goals for cutting emissions (40 per cent below 1990 levels), and they may continue to increase as long as lignite remains profitable.

“All forecasts are unanimous that the use of lignite will shrink,” according to Johannes Remmel, Minister for Climate Protection in North Rhine-Westphalia. “But the main context of the transition isn’t only to use more renewables, it is to reconcile the use of renewables and conventional sources [like coal].”

Nearly a quarter of all jobs in the state come from energy-intensive industries, like steel manufacturing, chemicals and mechanical engineering, where high energy costs are a major concern. That is why those companies are exempt from the surcharge to cover the cost of renewables—a surcharge other consumers and businesses must pay. “We want to keep them here,” said Remmel of the industries.

It is because of plants like ThyssenKrupp’s Duisberg steel mill that North Rhine-Westphalia generates 21 per cent of the country’s GDP and 15 per cent of its exports. Like an icon for the industrial age, the plant is a labyrinth of rails and conveyor belts snaking through open air. Steam clouds as tall as skyscrapers darken the sky and towering vats spit lava. This plant might represent the pinnacle of industrial conquest of nature—if only the environment weren’t already exacting its revenge through climate change.

Lisa Mohr, an expert in environmental protection at ThyssenKrupp, acknowledges that manufacturing their signature lightweight steel—Tribond—produces twice the heat-trapping carbon dioxide emissions as regular steel. But she also claims that cars made from this material are more fuel-efficient. ThyssenKrupp, she claims, is really saving on emissions at the end of the day.

Werner Reh, Head of Transport Policy at the non-profit BUND Friends of the Earth, says that this technology is simply being used to make premium cars bigger and faster, while managing to stay within the EU emissions limits. “Lightweight material is no contribution to really solving the environmental problem,” he wrote in an email. Instead, the solution lies in smaller or electric cars, car-sharing and public transportation.

The region’s renewable energy plants do not yet have the capacity to generate the large amounts of power these factories draw, prompting arguments that coal remains necessary as a “bridge fuel” between nuclear power and renewables—much as North American proponents of natural gas consider it a “bridge fuel” between coal and renewables. And while no new lignite power plants are being constructed in Germany, there is no set date for phasing out lignite production. At least for the foreseeable future, lignite mining will continue.

The process bears some resemblance to the Canadian oilsands mines of northern Alberta, with building-sized bucket excavators digging into the earth. Conveyor belts then transport the lignite to a nearby power plant. From a vantage point overlooking the Garweiler II mine, smoke stacks are visible on the horizon, exhaling clouds from the burnt lignite into the sky. Below is the gaping mine. A line of wind turbines stand along its edge but, despite a mild breeze, they appear motionless.

For now, lignite is simply too cheap to disappear from Germany’s power plants but hard coal - its finer, more carbon-rich cousin - is already nearing the end of its days. In 2018, government subsidies will end. After that, hard coal will simply be unprofitable, no match for cheap imports from Asia and Africa.

Just north of Münster, RAG’s Ibbenbüren mine is already winding down production, preparing for the day when operations will shift from extracting hard coal to restoring the land, a process that will last for decades. The above-ground winding rails and criss-crossing beams will disappear, and the mine below will be partially refilled.

When the mine fully shutters after 2018, Hubert Hüls, a division manager at Ibbenbüren, envisions some of the 9,700 hectares of land being used for wind turbines and solar parks, but there are also plans for a park. Monika Umlauf, an urban planner working with local and regional governments to manage the closure, explained that some of the existing industrial structures will remain visible, like in New York City’s elevated-railyard-turned-park, the High Line. The idea is to commemorate Germany’s 500 years of coal mining history and regional culture.

In the more immediate future, Ibbenbüren’s closure will cause the loss of more than two thousand jobs. Older workers are now being granted early retirement and others offered new training, jobs in sister companies and “incentives to make the exit smooth,” according to Hüls.

The company and IG BCE, the union that represents 98 per cent of Ibbenbüren’s workers, fought the end of hard coal subsidies but have resigned themselves to a managed decline. “If you can’t change political decisions [like the end to subsidies], you have to find ways to redefine your demands,” said Friedhelm Hundertmark, the district manager of IG BCE at Ibbenbüren, a grey-haired man who began working at the mine at age 14. “I just don’t want to see any unemployed miners.” But he remains skeptical that closing Ibbenbüren will advance the goals of the global energiewende. “It won’t put an end to coal electricity generation in Germany,” said Hundertmark. “It can’t be shut down, and we will buy coal from China and India.”

And there is the dilemma underlying the energiewende and the future of coal, still the world’s largest source of carbon pollution: despite its robust renewable energy policies, Germany cannot avoid an international market where hard coal remains cheap.

In the end, the German government only chose to end hard coal subsidies because domestic coal could no longer compete with cheap imports. Lignite coal remains profitable.

But the experience of managed decline at Ibbenbüren suggests that, if governments have the political will to end the coal era, the task may be approached in a thoughtful manner without leaving workers in the lurch. Could this not occur in the lignite and other fossil fuel industries too?

“Of course there’s quite a lot of sadness,” said Hüls. “It’s very hard to set up our own funeral.”

“The mines are so strongly tied to the identity of the region,” said Umlauf. “But we have to look to the future.”

Editor's note: This article was produced through a workshop organized and funded by the non-profit media initiative Clean Energy Wire. National Observer has full editorial control and responsibility to ensure stories meet its editorial standards.