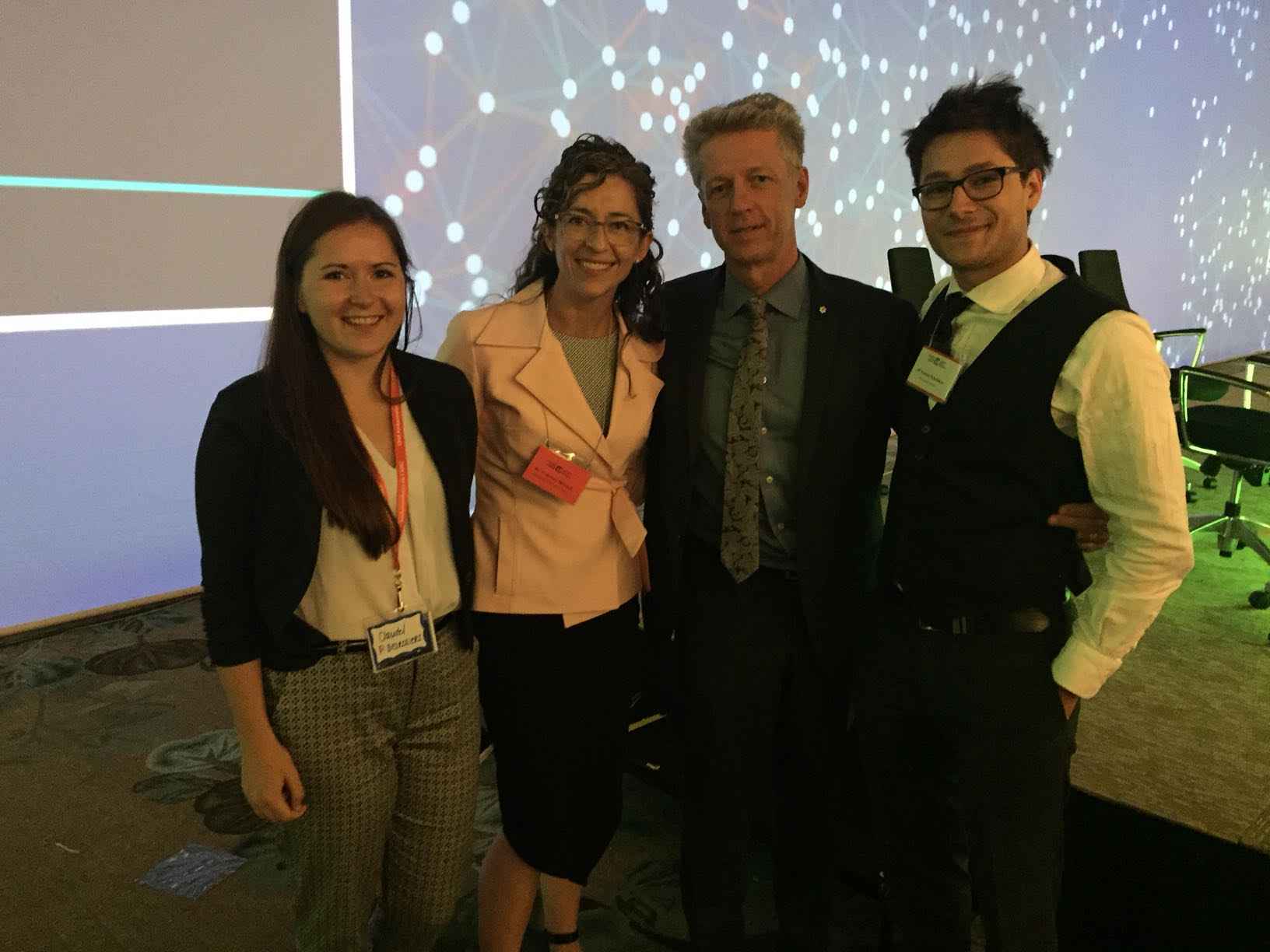 The Canadian Medical Association’s General Council, held last week in Vancouver, may well be remembered as the moment that Canadian MDs made climate change — dubbed “the biggest health threat of the 21st century” by the World Health Organization — a priority.

First, the diagnosis of climate change as a health emergency was laid out in detail by one of Canada’s most well-respected doctors, Dr. James Orbinski, who accepted the Nobel Peace Prize on behalf of Doctors Without Borders (Médecins Sans Frontières) in 1999. The Canadian Medical Association then confirmed it had in fact completed the divestment of its organizational funds from fossil fuels.

The meeting kicked off with a keynote address by Dr. Orbinski, one of Canada’s most noted humanitarians. “There is no question that climate change is the biggest health threat of our time,” he said, adding that "we cannot possibly live, we cannot possibly survive, we cannot possibly thrive” without a functioning biosphere. He spoke of the disproportionate impacts on Canada’s North, where temperature increases are already in the range of three degrees Celsius, and about the risks of extreme weather, wildfires, flooding and changing patterns of infectious disease.

One of the most passionate moments of Dr. Orbinski’s speech came when he was discussing the malnutrition and food-security risks of climate change.

“In 2011, climate-change driven drought affected 13 million people and 500,000 people died, in the Horn of Africa. This is utterly unacceptable," he said. "That we simply know this and we allow it to continue. It requires that we see ourselves differently in relation to others in the world. This is the consequence of climate change. It is profound and it is utterly unacceptable.“

Dr. Orbinski’s experience providing care in conflict zones including Rwanda, Afghanistan and Somalia lent special weight to his comments on the relationship between scarce resources and conflict. "When you cannot feed your children you will do anything," he said. "Even if it means going to war.” Dr. Orbinski cited literature from both Darfur and Syria showing that drought was a factor in conflicts that arose in those countries. In those conflicts, “climate change was a catalyst with a cascading effect on stability," he said.

These effects are not merely local to the conflict. As Dr. Orbinski said, “the European project is being destabilized by refugee flows.”

As he moved onto what actions can be taken to counteract climate change, Dr. Orbinski pointed out that the Californian economy has a solid price on carbon and is also the single fastest growing economy within the U.S., and one of the top five growing economies in the world.

Dr Orbinski emphasized the need to leave at least 80 per cent of economic fossil fuel reserves in the ground.

From a medical perspective, the good news is that many measures that decrease greenhouse gas emissions have immediate benefits for health by decreasing air pollution and making people more active. Dr. Orbinski stated that he absolutely considered it to be part of a physician’s role to advocate for pedestrian and cyclist-friendly urban planning, clean energy, and increasing active transport. His call to action for the CMA suggested joining calls for an accelerated Canadian Coal Phase Out (CMA policy already endorses a 10-year timeline to coal phase-out in Canada), and supporting MDs who are addressing concerns in their own communities around hydraulic fracturing.

The latter idea was echoed by a motion passed during the meeting, saying that the CMA supports high-quality health impact assessments into hydraulic fracturing projects, including greenhouse gas emissions and water usage. A second motion — initiated by Dr. Larry Barzelai of Vancouver — asking the CMA to produce high-quality, evidence-based materials to disseminate its policies on climate change and health, was also passed. The need for medical professionals to become more consistent in emphasizing the health and climate benefits of plant-based diets was mentioned during the speech for the latter motion.

One question from the floor asked about the responsibility of the CMA with regards to oil and gas pipelines. Outgoing CMA president Dr. Cindy Forbes replied that the physicians were gathered to determine just that.

If this wasn’t enough of a sea-change, the CMA was actually ready with the news that it had completed the divestment of its organizational funds, having voted to divest at last year’s annual meeting. This was accomplished by transferring them into its subsidiary, MD-Financial's new fossil-free investment funds. The fossil-free funds were officially launched during the meeting, and are now available for purchase by all MDs who invest with MD-Financial. Many MDs present at the meeting had already bought the funds, or were considering doing so. 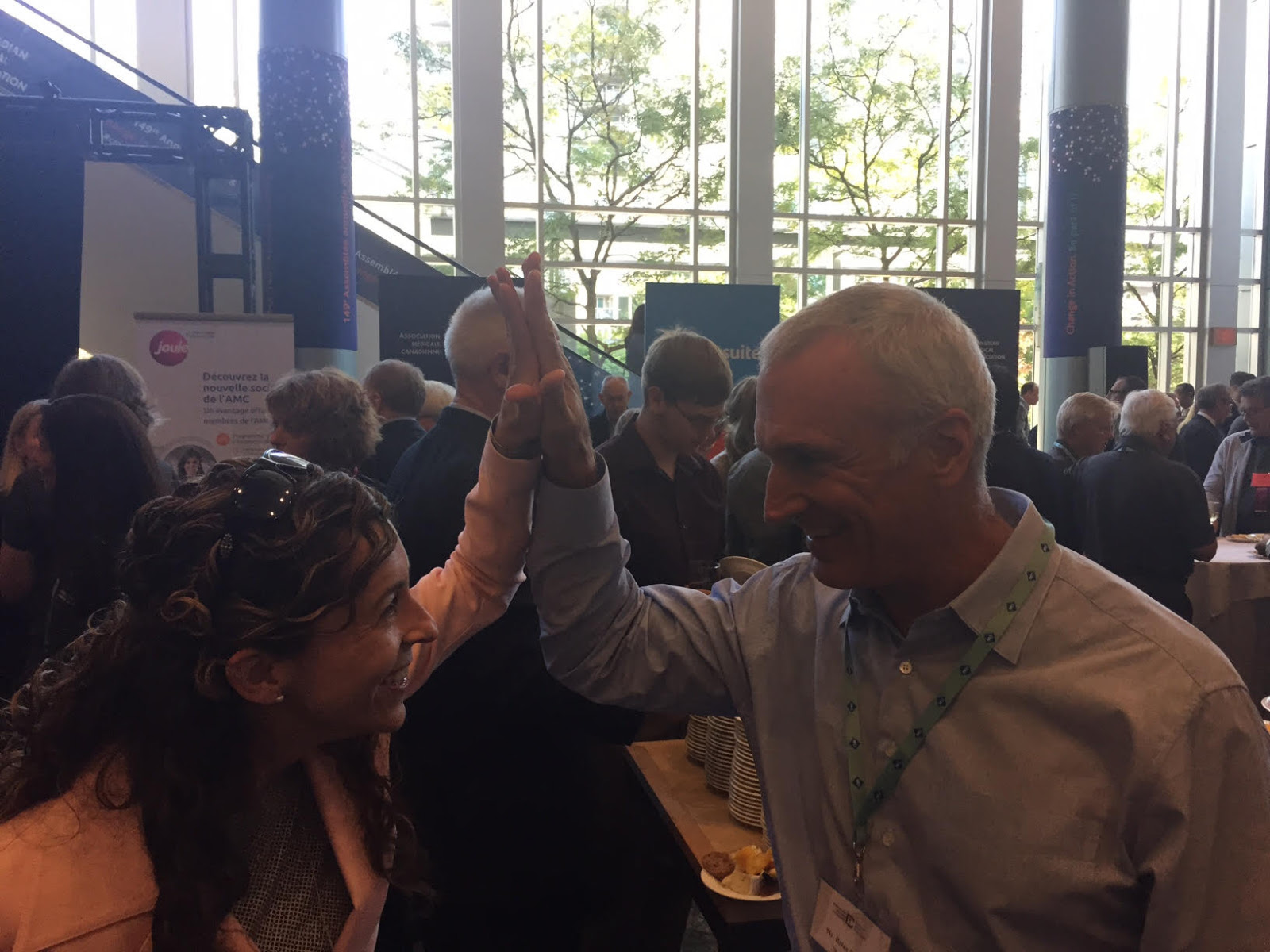 During the federal health minister’s address, Dr. Jane Philpott stated she was delighted with the emphasis on climate-health, and that physicians needed to take a key role in climate action.

Indigenous health also emerged as a big issue at this year's CMA-GC, thanks to inspiring efforts by Dr. Alika Lafontaine and others. Given that Northern Aboriginal peoples are already disproportionately affected by climate change, and other communities are struggling with the cumulative effects of resource extraction, there are likely to be high-impact areas for action that benefit both climate-health and Indigenous health.

Canada’s MDs have been slow off the mark on climate-health—but if the rapid cultural change in evidence at this year’s CMA General Council is any indication, they’re about to prove that all their training in critical illness has given them the skills they need to provide an effective response to the emergency of climate change.