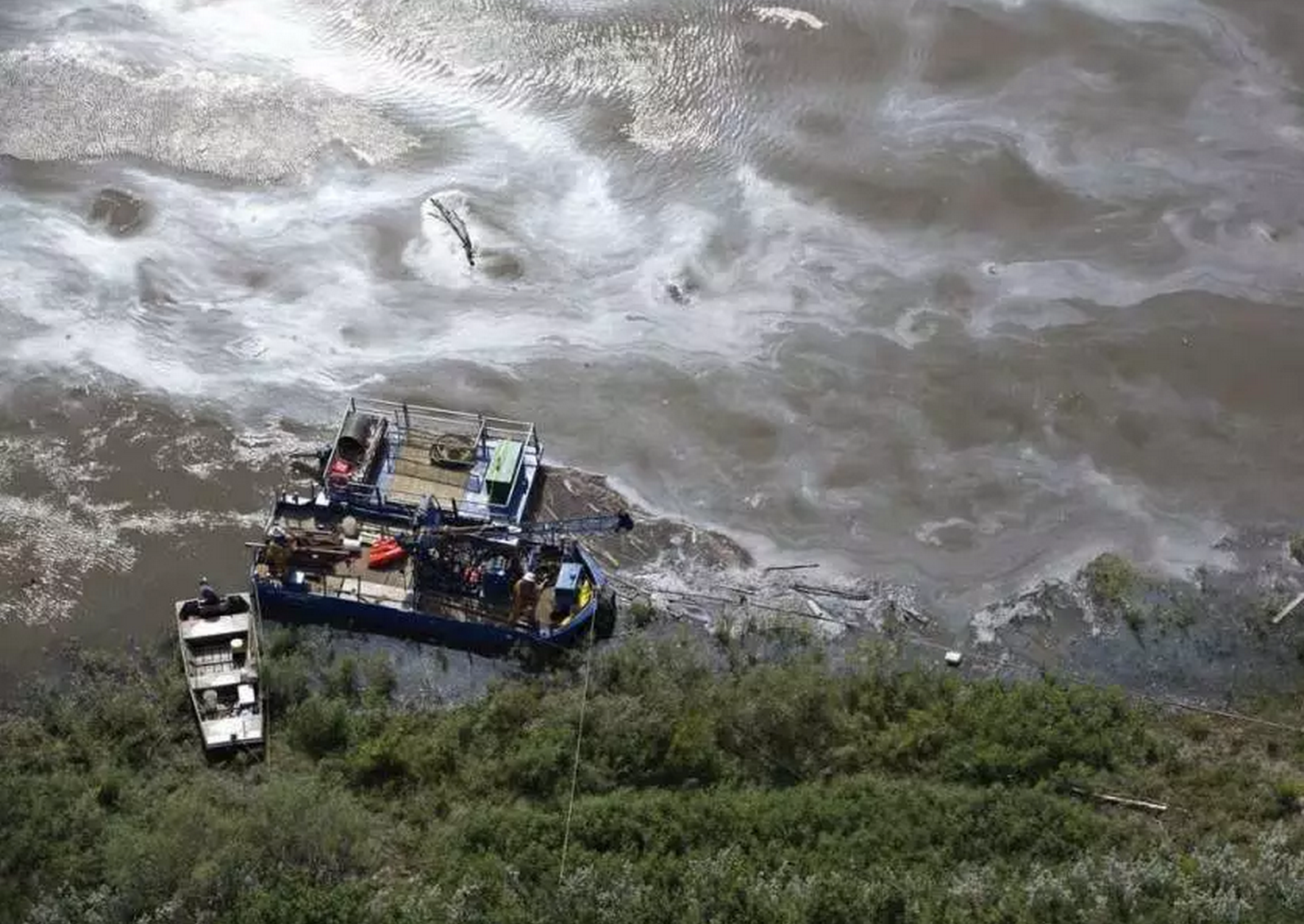 Communities affected by an oil spill into the North Saskatchewan River are being told it's OK to start using the water again.

The cities had to shut off their intakes and find alternate water sources after the oil plume from a Husky Energy (TSE:HSE) pipeline spill moved downstream.

Up to 250,000 litres of oil mixed with a lighter hydrocarbon leaked into the river near Maidstone, Sask., in July.

The water agency says about 88 per cent of the oil has been recovered and there is no significant health risk once the water is treated.

The agency recommends municipalities collect samples of treated water to test for petroleum components before the water is distributed to users.

It also says they should adjust their water treatment to address current river conditions and advise users of a potential change in water quality.

Restrictions on livestock watering and recreational activities on the river have also been removed. The cities had already lifted municipal restrictions that were in place for several weeks after the spill to conserve water.

The agency says the oil spill's impact on aquatic life and wildlife is still being reviewed. Almost 150 animals were found dead, mostly fish and small mammals.

It's still not clear what caused the spill. The government has said a full investigation is expected to conclude next month.

By The Canadian Press | News, Energy | July 26th 2016
Reports from the Race to a Safer World

By Elizabeth McSheffrey | News, Energy | July 22nd 2016
Reports from the Race to a Safer World

Good. Now we won't have to

Good. Now we won't have to put salad oil on the salad. All is well.

And the wheat won't be quite

And the wheat won't be quite as black

Complete cover up for Oil

Complete cover up for Oil Industry and Government.This news about an oil leak on the Saskatchewan River never really made headlines across Canada.Keep this crude crud in Alberta and Sask.

As a land owner who is facing

As a land owner who is facing a 1/2 km energy east pipeline project right of way across my property I hope NBers realize what can and surely will happen. We can see first hand the results of an oil spill in Sask. Stop energy east

Saucony Hurricane
Keep energetic while pregnant to get a lean body and make giving birth less difficult. Jogging and skating are excellent exercises even past due in pregnancy. Staying active is able to keep your disposition positive and then make the entire process of giving birth much less stressful physically. For those who have issues about physical exercise, talk with your medical doctor to determine what actions are right for you.

It could be really worth with your cost savings to fund slight problems fixes. Any type of claim along with your property insurance organization boosts your once-a-year costs. The increase might be a lot more than just what it would cost to mend the damage oneself, so so that you can guard your no-promises discounted, look at not regarding your house insurer when small quantities of damage take place to your property.