By The Canadian Press | News, Politics | September 19th 2016
#57 of 138 articles from the Special Report: Secrets of Government 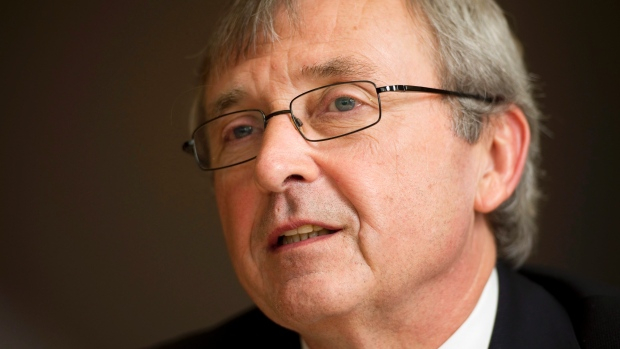 The country’s former chief statistician is casting doubt on the Liberal government’s promised commitments to Statistics Canada based on its handling of an issue that forced his sudden departure last week.

Wayne Smith quit Friday after losing a battle over Statistics Canada’s involvement in a five−year−old — and controversial — central IT department, Shared Services Canada. Smith told Prime Minister Justin Trudeau last month he would resign if the issue wasn’t resolved to his liking.

The government took Smith up on his offer, staying silent until last week when he received a letter from the clerk of the Privy Council, the highest−ranking official in the federal civil service, that accepted his resignation.

He also received a letter from Trudeau himself that said little about the IT dispute — only that the government was committed to giving Statistics Canada its independence, Smith said.

The controversy has Smith wondering whether the Liberals will follow through on a campaign pledge to give Statistics Canada greater freedom from political intervention.

He also questioned why the Liberals chose his successor — the government says Anil Arora will be in the position on an interim basis — after they argued two years ago for an outside body to recommend a nominee for chief statistician.

"Given the Shared Services Canada issue and given their method of appointment of my successor, I’m more than a bit concerned about just how sincere this commitment is."

The issue of independence comes down to the credibility of Statistics Canada and the information it provides to voters and governments, Smith said.

"When we publish data, people have to believe it and they won’t believe it if external forces are able to influence or prevent Statistics Canada from carrying out its mission."

The Liberals are expected to table changes to the Statistics Act in the coming weeks that would address the independence promise they made during the election. The agency has been pushing for a political firewall to prevent governments from making changes like the previous government did when it made the long−form census a voluntary survey, raising concerns about data quality that governments and business rely on.

Innovation Minister Navdeep Bains, who is responsible for Statistics Canada, said the government plans to strengthen the agency’s independence. He said he was confident Shared Services Canada and the statistics office would come up with a solution to the IT concerns.

"Shared Services Canada and Statistics Canada are working on that solution, but for us as a government we’re saying we want to strengthen the independence of StatsCan," Bains said in Vancouver.

Shared Services Canada has come under persistent fire from departments frustrated with having to cede control of their systems to the central IT agency and complaining about delays in projects and a lack of understanding of individual department’s digital needs.

Shared Services head Ron Parker defended his agency’s work, saying it had worked hard to meet Statistics Canada’s IT needs. He said there were no operational and capacity issues when he met Smith in April.

The IT agency is in the middle of expanding computing capacity for the national statistics office, he added.

Parker also said the government will know next year when it will realize the savings promised to taxpayers by creating Shared Services Canada following a review of its plan to modernize federal digital infrastructure.

The long−term plan doesn’t envision anyone opting out of the shared IT arrangement, he told a briefing in Ottawa.

Public Services Minister Judy Foote, who is responsible for Shared Services Canada, said she didn’t see a need for the agency to be exempt from the IT arrangement. Nor did she see the Statistics Canada’s independence compromised.

Smith said federal officials told him the centralized IT program could crumble if Statistics Canada left because it would embolden other frustrated departments to demand independence, too.

"There never has been a substantive discussion about whether the points I’m raising are valid or not valid," he said.

"It has really been about the consequences for Shared Services Canada if Statistics Canada was pulled out of that arrangement."

Smith said the statistics office’s data centre in Ottawa has experienced numerous outages because Shared Services Canada has not invested in infrastructure. A new system to disseminate findings from the 2016 census fell so far behind schedule that Statistics Canada had to come up with a workaround for the upcoming releases, he noted.

Parker said Shared Services Canada had servers in Gatineau, Que., ready to handle that system, but Statistics Canada raised concerns about security and reliability. The servers should be in place and the system operational by the end of the year.

Resignation of chief statistician was months in the making: documents