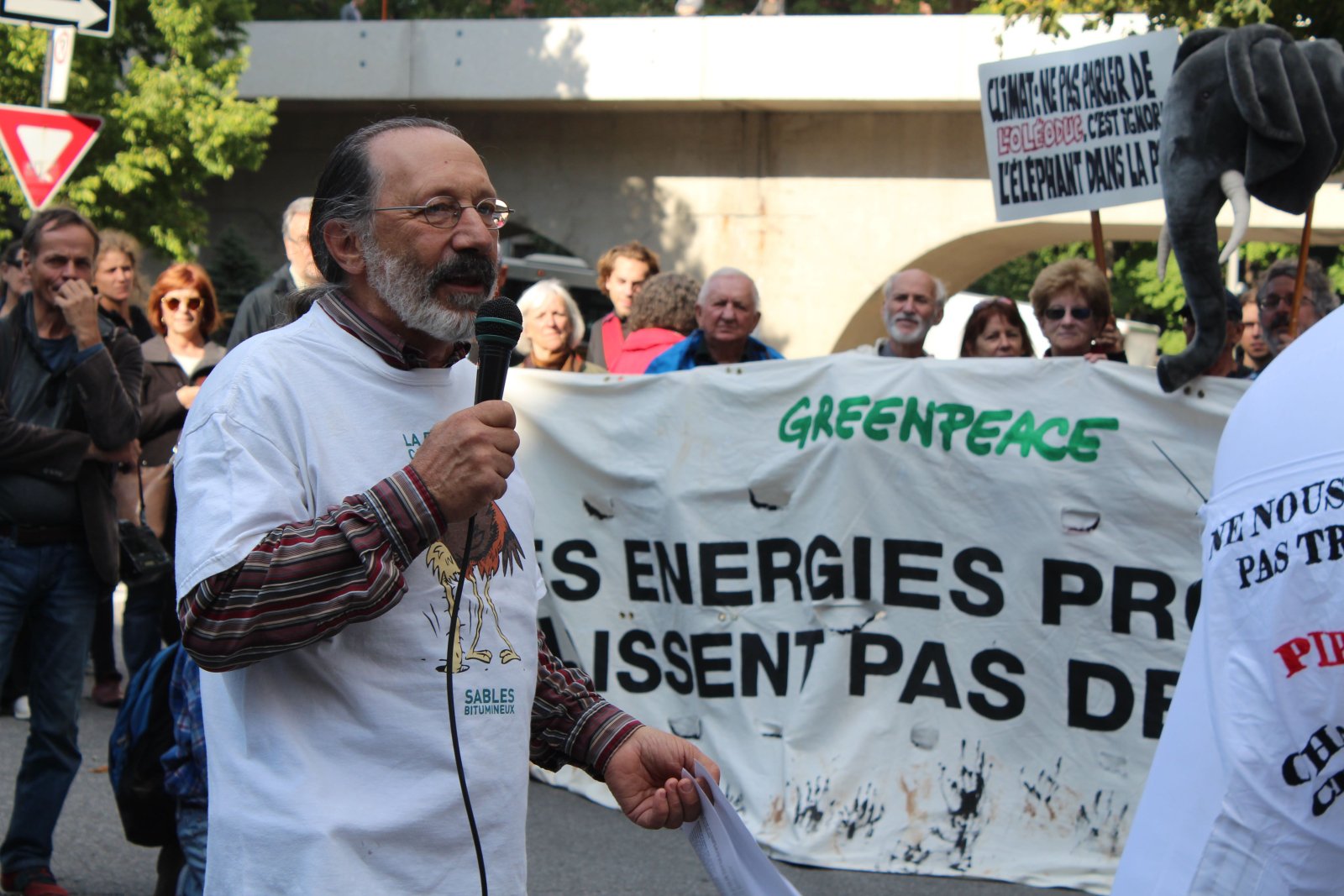 A Quebec environmental group says it plans to take legal action against Canada’s pipeline regulator if it continues to withhold information from the public about its private meetings with industry.

In a newly-released letter, l’Association québécoise de lutte contre la pollution atmosphérique has asked the regulator, the National Energy Board (NEB), to revise its September decision to prevent an investigation into the meetings.

André Bélisle, the president of the anti-pollution group, said he would “absolutely” bring the matter before the Federal Court of Appeal, if the regulator fails to act.

“We want answers to our questions,” Bélisle told National Observer in an interview on Wednesday.

Legal action against the NEB could further disrupt its ongoing reviews of major projects such as the Energy East pipeline, proposed by Calgary-based TransCanada Corp. This review has been in limbo since September when all three panelists recused themselves over evidence uncovered by National Observer that revealed two panelists had met privately with a representative of TransCanada in January 2015.

Energy East is considered to be the largest crude oil pipeline ever proposed in Canada.

The chief executive of the regulator, Peter Watson, also recused himself from making any decisions related to Energy East last month, due to an appearance of bias, since he also participated in the meeting with TransCanada’s representative, former Quebec premier Jean Charest.

The latest letter, sent to the regulator and dated on Oct 12, is the second one Bélisle’s group has sent the NEB since it released information about its meeting with Charest. Both letters called for the full release of records and an investigation.

Bélisle said his group believes Watson’s decision was illegal since he had recused himself from any dealings related to Energy East, but still made a decision to prevent the release of other internal NEB records about the meeting and to prevent an investigation.

NEB lawyers produced at least 265 pages of legal advice and analysis regarding the controversy before the panel recusals, according to a response to an access to information request. But the NEB censored all of the advice in its legal documents and memos, prior to releasing them to National Observer.

The NEB has powers of a federal court and must conduct all reviews fairly and in public without any appearance of bias. But its decisions can be challenged at the Federal Court of Appeal.

Bélisle said his group is trying to exhaust all of its administrative options to force the release of records or to force an investigation, before it launches a formal appeal.

“We just have to do this systematically,” Bélisle said.

The Charest meeting was part of a series of outreach discussions the NEB held in Quebec with various politicians and stakeholders to improve their engagement with the population. They received political advice in most of these meetings about how to persuade Quebec residents to support decisions to approve new pipeline projects.

Although the NEB has declined requests to hold a formal public investigation, there may already be one investigation underway.

Over the summer, federal New Democratic Party ethics critic Alexandre Boulerice asked the federal lobbying commissioner to investigate what happened at the meeting.

The NEB confirmed it had received the latest legal letter, and according to an internal document, dated Aug. 9, 2016 and released by Natural Resources Canada through access to information legislation, the regulator “proactively” turned over its records about the Charest meeting to the lobbying commissioner’s office.

TransCanada has declined to say whether any of its employees knew about the meeting between Charest and the regulator.

The Calgary-based energy company said last month that its job was to follow instructions and participate fully in the process by addressing questions and issues raised. It also said it was continuing its dialogue with stakeholders and looking forward to seeing the hearings resume.

If built, Energy East would travel through six provinces, connecting oil producers in Alberta, Saskatchewan and North Dakota with refineries in Quebec and New Brunswick. It is also expected that much of the oil shipped on the pipeline, up to 1.1 million barrels of oil per day, could then be exported overseas from Saint John, New Brunswick.

Editor's note: This story has been updated at 6:50 pm ET on Wednesday to correct that the first letter sent to the NEB by AQLPA was sent prior to the regulator's decision to temporarily adjourn the hearings on Energy East.