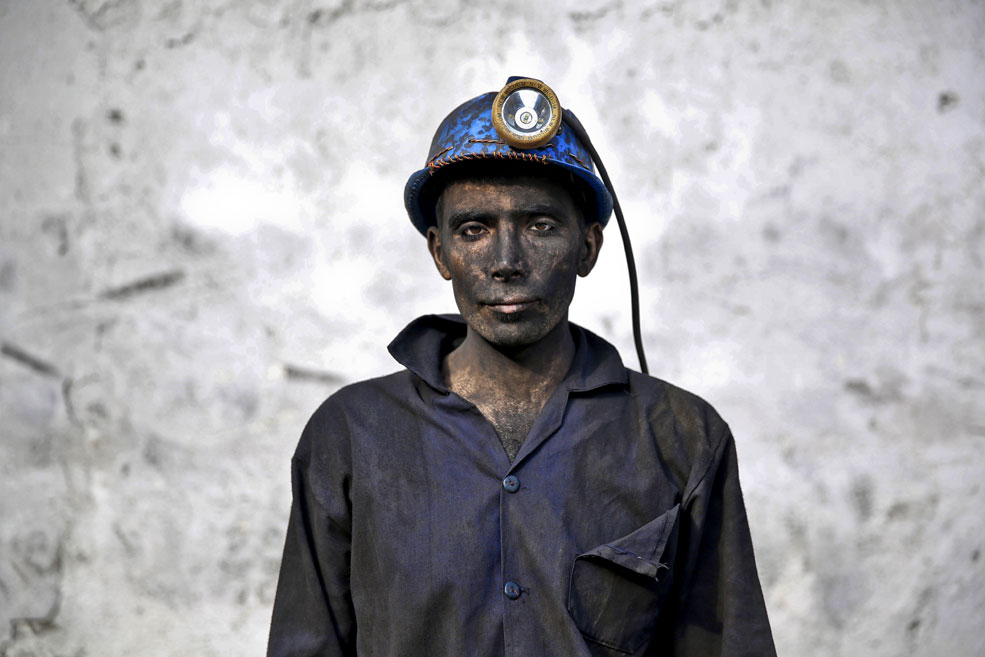 When it comes to meeting Canada’s ambitious COP21 climate targets, coal not only makes an easy target but an essential one. Producing only seven per cent of our electricity, it is responsible for 11 per cent (roughly 77 megatonnes) of Canada’s carbon emissions, yet at the same time, involves a myriad public health problems that result from its combustion.

Stronger action on coal has been a long time coming. As far back as 2002, a Canadian Electricity Association (CEA) publication on climate recommended capping the life of coal plants at 40 years, compared to the 50-year lifespan permitted under current regulations. Indeed, many experts would argue that the economic and technical lifespan of coal-fired power plant is 40 years — in fact, the two most recent plants approved in Canada were said to have a minimum life of only 30 years in their regulatory applications.

In spite of this, when the federal government began developing regulations for coal plants almost a decade later, the initial proposal was for a 45-year lifespan. Opposition from vested interests led to the eventual decision to cap life at 50 years, but this decision was widely criticized and pressure to strengthen coal regulations has remained constant.

Now, with the federal government’s stated commitment to act following the Paris climate conference in December 2015, we have an opportunity to revisit this inadequate policy.

Plenty of role models, near and far

With coal phase outs already complete in Scotland and Ontario, Canada has many regions near and far it can look to for guidance. If successful in strengthening its regulations, Canada will join many other national and subnational governments around the world that have committed to accelerated action.

Planned coal phase outs around the world include the U.K., the Netherlands, Denmark, Los Angeles, and Austria by 2025, New York by 2020, and Oregon and Alberta by 2030.

Here at home, there are only three provinces with plans to burn coal beyond 2030: the last coal plant in Nova Scotia is slated to remain open until 2044, New Brunswick’s coal power will remain online until 2043, and Saskatchewan will continue burn the black rock until 2042 (not including the carbon capture and storage plant at Boundary Dam 3, which plans to be around a lot longer).

These plants remain incredible polluters, despite modern technologies that aims to burn cleaner fuel, and in 2015 three of the top five mercury releasers in Canada were coal plants. For sulfur dioxide it was nine of the top thirteen, and for nitrogen oxides, it was 10 of the top 13. ​

These are truly dangerous substances, implicated in respiratory disease, heart attacks, neurological disorders, and even death.

As the coal phase-out in Ontario has shown, when coal plants close, there are real and significant improvements in air quality. Between 2005 and 2014 (the year of the last coal plant closure), smog alert days decreased from a high of 53 down to zero.

In a world where the public health impacts of coal are well known and the climate crisis is rapidly accelerating, to coal burn for another 30 years is unfathomable. Doing so would make meeting our 2020 and 2030 emissions reductions targets nearly impossible and put thousands of lives at risk.

Greater opportunities to act on coal

Following the federal government’s recent announcement of a national carbon price beginning in 2018, the opportunity to act on coal is even greater. While a Canada-wide carbon tax is a good foundational policy for climate action, it requires stronger commitments to act on carbon pollution directly to be fully effective. Accelerating the phase out coal-fired electricity is a critical next step.

In 2014, the Canadian Medical Association passed a motion calling for a phase out of coal in 10 years, and their recommended deadline of 2026 is fast approaching. Another proposal by a large number of environmental organizations would have a different benchmark — back to a 40-year end of life, with no plants operating beyond 2030.

Canada is blessed with plentiful renewable energy resources. The cost of taking advantage of these resources is falling rapidly and the opportunity they represent to employ tens of thousands of people and transition Canada to a clean 21st century economy cannot be ignored.

It is time to embrace the future. We can improve air quality and reduce climate risks at the same time. Canada has promised the world it will act, and, perhaps for the first time, live up to its international climate commitments.

Dr. Joe Vipond is getting

Dr. Joe Vipond is getting audience with the National Observer to denigrate coal, but refuses to address the health and emissions impacts of replacing the majority of coal fired electrical generation with fracked natural gas.

For the full history take a moment to read the comments section here, below are excerpts from Susan Wright's blog, emails to Vipond and from a Facebook posting on Markham Hislops page (American Energy News) :

Mr. Vipond has been a vocal champion for the coal phase out-based on the health implications, but he refuses to engage queries or medically address the health impacts to residents and communities when 70% or more, of coal fired electricity will be replaced by fracced gas exploration, production and processing.

The NDP has a team of partisan podium characters, they all play a scripted role. It is incomprehensible that a medical doctor, with todays technology and knowledge base, can intentionally refrain from and outright refuse to warn populations about the impacts that unconventional resource extraction has on public and environmental health. To easily admit harm with coal, then give a hall pass to fracking, is madness.

Please, as a favour, query Dr. Vipond, a government medical professional on his stance on the health impacts of hydraulic fracturing, even compared to coal. If you do get a reply, would you please post it here?

(I had to send the below email to Vipond via email, since, after posting my comments on Susan's blog, I was blocked from posting on her site. Vipond did not reply.)

No such "shill" accusation was made, therefore, no evidence was required, perhaps read the comment again. If you recall, I have tried to engage you on these matters previously, numerous times, on several Alberta Coal Phase out postings as well as your own facebook profile.

The Op-Ed you authored was printed before the CLP was released. In the CLP fracced natural gas is referred to as "clean" with "limited adverse impacts" yet you have stood in support (literally and publicly) of the CLP, which entails the objective to replace coal fired electricity, largely with fracced gas.

In your op-ed you state..."We need a plan." The plan that you have them come to champion is in fact, a "dash to gas". To further, you do not address the wide and varying range of health implications with respect to unconventional gas extraction (aka hydraulic fracturing) as every new gas well bore in Alberta will be fracced (and has been since about 2006). PM2.5 and C02 are but a fraction of the priority pollutants, hazardous compounds, toxic wastes and specific gases that are problematic and health altering when addressing the impacts of fraccing on local residents, communities and the environment as a whole.

I have challenged you as a medical professional to be ethical, comprehensive and transparent on all the science relating to fracced oil and gas extraction, so that Albertans know that phasing out coal and replacing it with fracced gas, will be exponentially worse for their health. Where is the science to support the NDP claiming fracced gas is clean? To date, they have not been able to provide it and refuse to acknowledge the very large and growing body of evidence that is contrary to the CLP claims.

Would you care for the links to the hundreds of peer reviewed documents on the impacts of fraccing, or are you aware of them, and have chosen to support the NDP at the podium in spite of all the scientific evidence? This is not an issue for opinions, but facts. What is your professional knowledge on the health impacts to Albertans from unconventional resource extraction?

Here we are today Mr. Vipond, October 20, 2016, are you ready to reply yet?
And one other question, why did you not sign your name, as a member of CAPE, to this?

September 28, 2016 – Vancouver: The Canadian Association of Physicians for the Environment (CAPE) is deeply disappointed to learn that the federal cabinet has chosen to approve construction of the Pacific North West LNG (PNW LNG) processing facility on Lelu Island. This $36 billion project will take methane gas – extracted by extensive fracking operations in northeastern BC and transported by pipeline across the province to the coast – and liquefy it for transportation across the Pacific Ocean to buyers in Asia and elsewhere. Proceeding with the Pacific Northwest LNG facility will act as an incentive for massive expansion of fracking operations in northeastern BC.

This approval comes just weeks after over 180 physicians, medical students, and other health professionals wrote an open letter to the Federal Ministers of Health, the Environment, and Indigenous and Northern Affairs asking them to reject the PNW LNG project until its human health impacts had been fully understood, communicated, and addressed.

"We are extremely disappointed by the decision of our federal government supporting this project,” offered CAPE member Dr. Larry Barzelai, a family physician from Vancouver. “As Canadians, we were so proud of our government when it committed to a global warming target of 1.5 degrees rather than the 2.0 degrees agreed to by most other countries. We thought that our new government would take climate change seriously but decisions such as this make it appear that they are simply paying lip service to this important issue."

“The human and environmental health effects of fracking, on which LNG is based, have recently been shown to be far more grave than the federal or provincial governments have acknowledged,” said CAPE co-founding Board member Dr. Warren Bell, a family physician in Salmon Arm. “The vast majority of the public health studies directed at fracking have identified red flags.”

“This project alone will make it essentially impossible for BC to meet its own climate targets,” said CAPE Board member Dr. Courtney Howard. “The World Health Organization describes climate change as the biggest health threat of the 21st century. In Canada, we are already seeing the health effects of climate change with the spread of Lyme Disease, high temperatures in the South, an increasing number of wildfires, and dangerously decreased ice stability in the North.”

CAPE also believes that the utmost care must be taken to honour the right of Aboriginal people to health and to full, prior, and informed consent with respect to development on their traditional lands. This project does not meet that requirement.

This is a very concerning situation, that needs to be addressed. Dr. Vipond should have the courtesy to provide a professional reply to my queries.