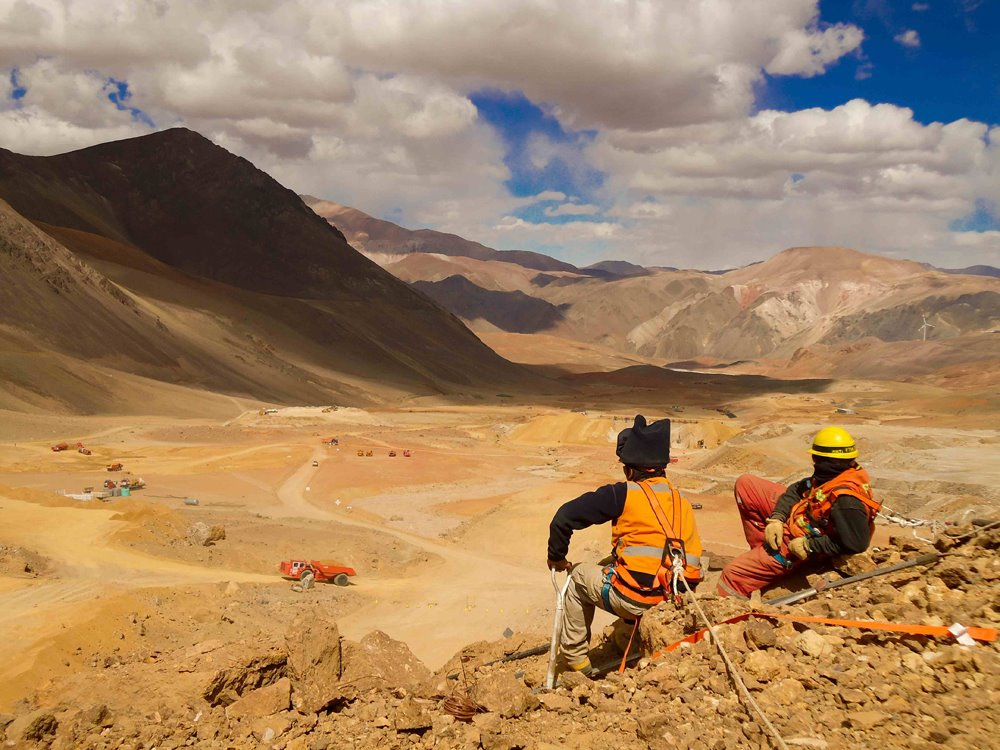 Workers survey the Argentina side of Barrick Gold's controversial Pascua Lama mine project. The wind turbine of the nearby Veladero mine can be seen to the right. Photo courtesy of Javier Cesar Antonio Ruggeri, Barrick Gold.
Previous story

Earlier this month, a B.C. Supreme Court judge ruled that a lawsuit against the Vancouver-based Nevsun Resources Limited would go to trial in Canadian courts.

It was a historic legal move. Only once before have foreign claimants been able to file in Canada against a Canadian company over allegations of human rights abuses that took place abroad. The case brought forward by the three plaintiffs alleges that Nevsun used slavery, forced labour and torture at its Bisha mine in Eritrea.

It’s important to note that not all Canadian mining companies engage in serious human rights or environmental abuses. Unfortunately, the allegations informing the Nevsun case are not a one-off phenomenon, and a whole slew of similar issues plague the Canadian international resource extraction sector, suggesting that sustainability is an on-going problem for the mining industry.

Here are some examples that challenge the sustainability rhetoric of our federal government:

Operating near a world heritage site

Since the 1990s, 85 social and environmental conflicts have emerged in Latin America as a result of Canadian mining operations. One such conflict continues in the southern region of Argentina, where the Lomada de Leiva open pit gold mine operates near culturally significant caves, including a UNESCO World Heritage site called Cave of the Hands.

Since 2009, the Assembly of Self-Organized Neighbors of Perito Moreno have been opposing the controversial operation, and have even blocked major roads leading to the pits. Conflicts resulting from proposed or existing projects are also evident in Europe (Rosia Montana, Romania), Africa (Tarime District, Tanzania) and Oceania (Enga Province, Papua New Guinea).

In addition to inciting community conflict, the amount of violence experienced by local community members and anti-mining activists challenges Canada’s “sunny ways” rhetoric of sustainable development. The Mayan Q’eqchi’ community in El Estor, Guatemala for example, has faced extreme violence at the hands of security personnel from Hudbay Minerals Inc., including the gang-rape of 11 women, the brutal murder of community leader and anti-mining activist Adolfo Ich and the shooting of German Chub.

In more recent weeks, similar problems have emerged from a report documenting other mining-related violence, and we know that 65 people have been killed and 270 injured as a result of clashes between villagers and police at the Barrick Gold North Mara mine in Tanzania. Barrick Gold, based in Toronto, is the largest gold producer in the world.

But that’s not all — mining operations also present extreme environmental challenges, with the most commonly-cited concerns including the pollution of water, air and ground. In the Siria valley in Honduras, nearby communities (including San Ignacio, El Pederna and Palos Ralos) and international NGOs like the Catholic Agency For Overseas Development, and Development and Peace, accused Goldcorp of contaminating local water sources outside of the San Martin mine. Multiple studies conducted by experts in mine water management from Newcastle University detected dangerously high acidity and metal concentrations in local streams, negatively impacting human, plant and animal well-being.

Local communities contend that the central issues of water pollution and subsequent health harms have not been addressed, but according to Goldcorp, the mining site has been fully reclaimed since closure.

Another well-documented example is Barrick Gold’s Veladero mine in Argentina, where more than a million litres of toxic cyanide were spilled in September 2015, contaminating five rivers and resulting in a US$9.3-million dollar fine. One year later to the month, the Toronto-based industry titan had a second cyanide spill at this very same mine.

Despite these reoccurring problems at Canadian mines all over the world, the federal government and mining industry continue to champion the dated Corporate Social Responsibility (CSR) strategy as proof that together, they uphold “Canadian values and operate abroad with the highest ethical standards.” Keywords touted in the ‘enhanced strategy’ include “environmentally sustainable,” “responsible,” and “respectful.”

Of course, the types of values corporations are to model their activities after are not made entirely clear. What is made clear by the examples listed above is that a multifaceted notion of justice is absent. 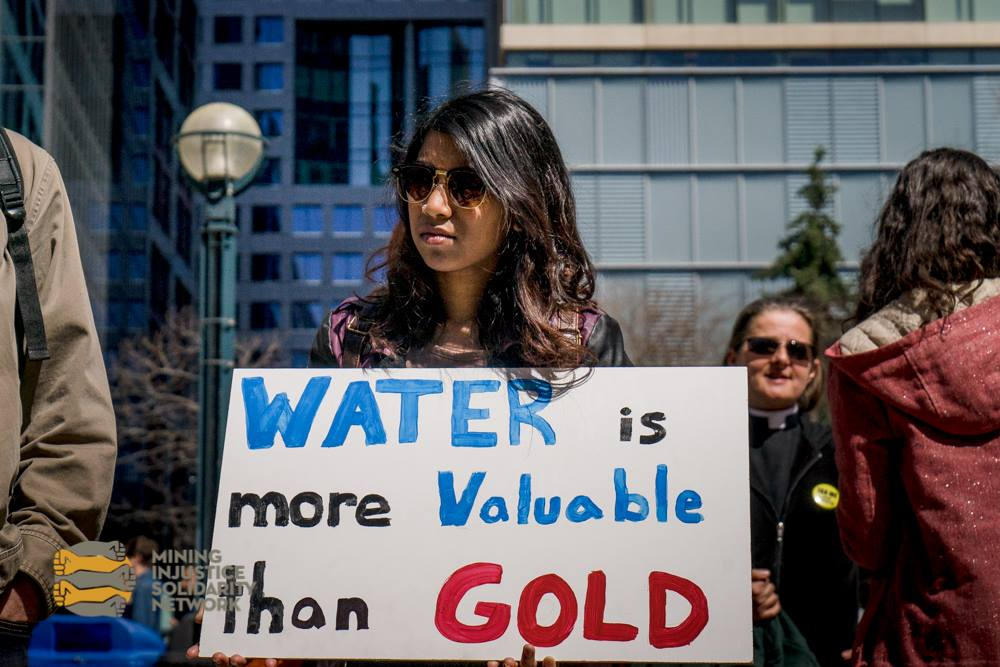 But procedural justice can’t be reduced to changing legal systems and regulatory mechanisms. It must include involvement of mining-affected communities in decision-making processes from the beginning to the end of a given project – and respecting communities that collectively decide against a mining operation.

In addition to procedural justice, environmental justice includes issues of distribution and recognition. To be just, the wealth derived from mining cannot continue to bypass the local communities whose land is seized, water sources diverted, and livelihoods impacted. To be just, communities cannot continue to face the brunt of the negative environmental outcomes associated with the process of extraction.

Perhaps more importantly, an environmentally-just approach would recognize the personal and collective dignity of the Indigenous people and communities living above subterranean treasures. This entails recognizing Indigenous needs and livelihoods, including concerns for the protection of their cultural and territorial rights.

Recognizing and integrating a multifaceted form of environmental justice in the policies and practices of the government and the mining companies it supports is required in order for mining to approximate sustainable development.

Only then can we begin to claim to be engaging in Trudeau’s positive politics and “sunny ways.”