A few Hillary supporters in Washington D.C. chat me up 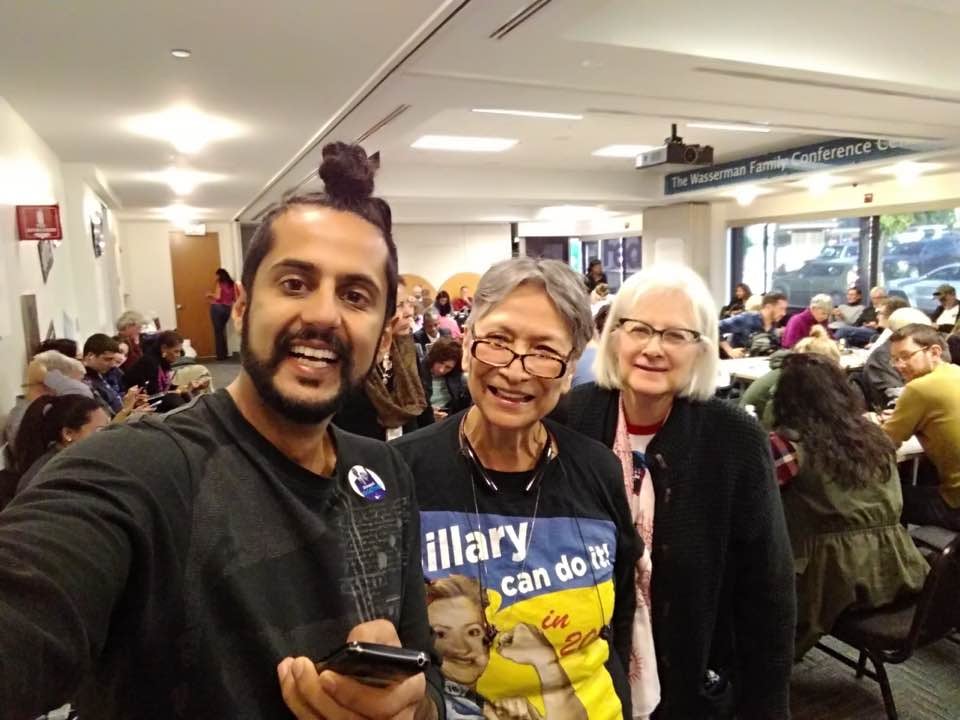 I'm here in Washington D.C. on election day, wondering who the American people will elect as its new president. As a Canadian in the U.S. volunteering for the Hillary Cinton campaign, I'm hopeful it'll be a woman.

Over the past few days, I've been speaking with voters of all ages and backgrounds. Here's what they're saying...

"I'm feeling nervous but also optimistic," she says. "Polls show that Hillary Clinton is in the lead, but I'm nervous because I've been listening to the media saying there's a lot of voters who aren't comfortable sharing publicly that they're voting for Trump. I'm worried a lot of these people will come out of the woodwork today."

"This election has just brought out a lot of negative sentiments..most of it has been the anti-immigration sentiment, the anti-Muslim sentiment, the anti-woman sentiment. It makes me really uncomfortable because I believe the president needs to be someone everyone can look up to. It's scary that someone with such bad character was able to progress so far."

Majeed said she loves Canada's Prime Minister Justin Trudeau and hopes that the U.S. "can move forward too, in terms of electing progressive leaders," but wouldn't leave America even if her candidate lost to Donald Trump.

"I still really believe in this country and the foundation it was based on. Even if Clinton doesn't win, I still think we'll be able to move forward."

"I'm so strongly against Donald Trump. I was born and raised in this city and it's usually 90 per cent Democratic. I think Hillary's going to win it...I think she's going to have a pretty commanding lead with the electoral college. But the popular vote seems kind of close, actually."

Despite some news reports about Trump supporters gearing up for a violent "revolution" if Clinton wins, Hambrice believes the transition of power will be peaceful.

"Some people say it's going to be horrible. But I don't think it's going to be noticeably different, the same way that when Obama was elected, everyone was saying the world was going to end, but that was not the case. I hope it's not anything I'll notice. There's already been so much drama with Trump's campaign so far."

As for what he hopes to see from the next administration, he's eager to see less obstructionism and more cooperation in Congress.

"After watching Obama's two terms, I hope for more bipartisan cooperation. That was such a point of friction during his presidency. Just getting common sense legislation through Congress was such a hurdle. Even the First Responders' bill, which was a common sense piece of legislation, people dug their heels in, just to be difficult. The First Responders' bill was intended to provide financial assistance to firefighters, medics and others who were on the front lines helping people in the wake of the 9/11 terror attack.

In the unlikely event Trump emerges as the winner, he'll consider moving to Canada.

"I love Vancouver, so I'd consider it."

Check out more live tweets from @AjayinDC for updates about election day.

John M is worrisome & has been dreading this day, and can't wait for the #ElectionDay to be over! Live in DC @NatObserver pic.twitter.com/xdXCe74jsf

Sandy Garossino: FBI and WikiLeaks attacks are a digital strip-search of a woman candidate