By The Canadian Press & National Observer | News, US News, Energy | November 10th 2016
#559 of 1468 articles from the Special Report: Race Against Climate Change 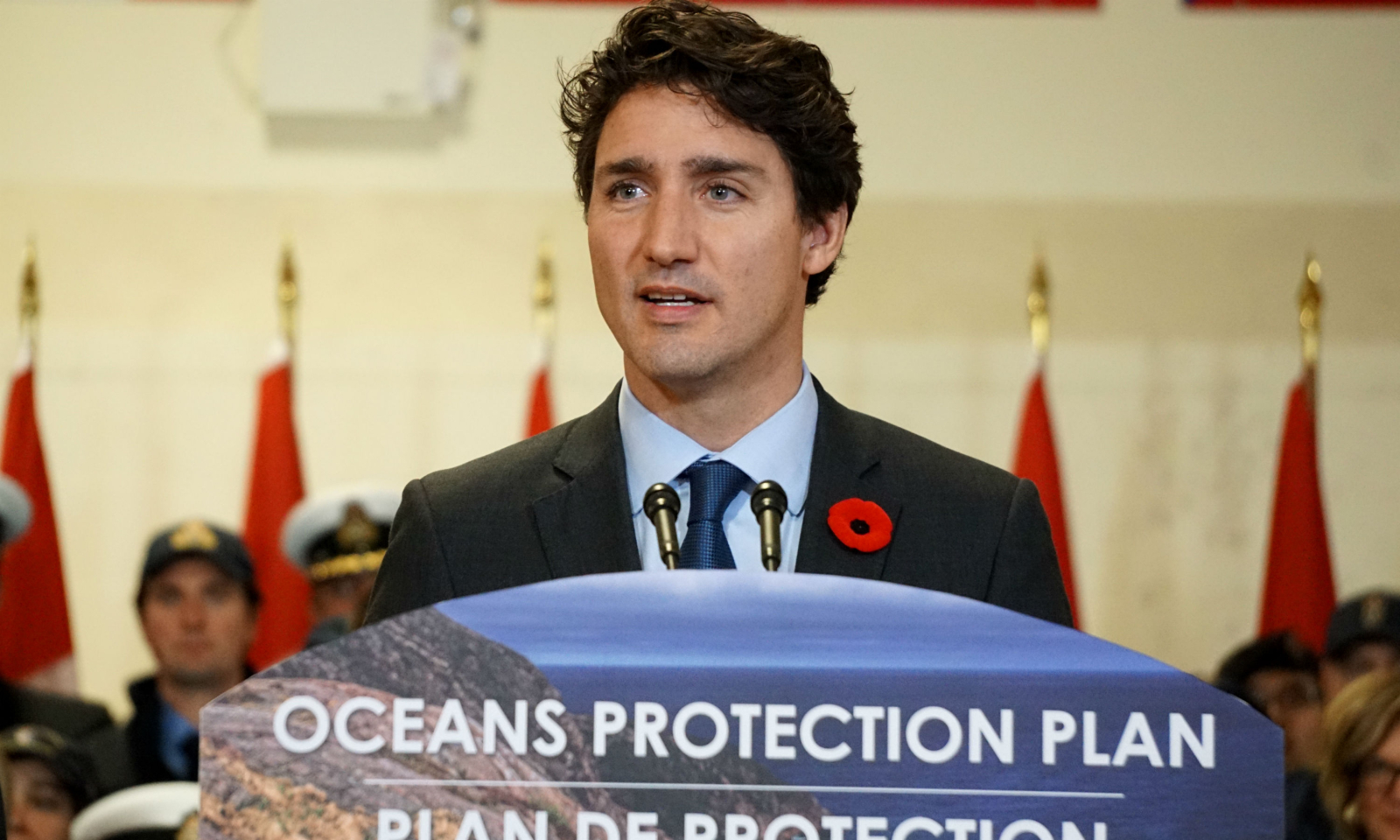 Prime Minister Justin Trudeau is suggesting it’s full steam ahead for his government’s environmental plan — including a national carbon price — despite a Donald Trump presidency that could recast America’s climate−change priorities.

Trudeau says Canadians and the world understand failing to fight climate change has a big economic downside, and he is defending carbon pricing as a means of fostering innovation and improving the economy.

His comments echo the message from Alberta Premier Rachel Notley who said on Wednesday that her own government would proceed with an aggressive climate change plan that is designed to diversify her province's oil-rich economy at a time when the world is moving away from fossil fuels.

Notley had noted that her plan does not rely on action taken by other jurisdictions since it was unveiled even though President Barack Obama was unable secure support in the U.S. Congress for climate change legislation.

“As I’ve said before, there are strong compelling reasons for moving forward on our climate leadership plan and decisions on voters south of the border are not things that should factor into that.”

Since coming to power a year ago, Trudeau’s Liberal government has been in lock−step with the climate agenda of U.S. President Barack Obama.

Obama and Trudeau jointly announced major reductions in methane emissions last March during a state dinner at the White House, and later joined forces with Mexico on a broader North American climate and clean energy strategy.

Trudeau also announced last month that he’d impose a national floor price on carbon dioxide emissions starting in 2018 and rising to $50 per tonne by 2022.

"One of the things people in Canada and indeed around the world understand is that there is tremendous economic disadvantage from not acting in the fight against climate change; for not pushing towards cleaner jobs and reducing emissions; towards not showing leadership at time where the world is looking for leadership," the prime minister said today in Sydney, N.S.

"We know that putting a price on carbon pollution is a way to improve our response to economic challenges, to create good jobs going forward and to show leadership that quite frankly the entire world is looking for, along with the solutions that go with it."

But the new president−elect has suggested climate change is a hoax, has campaigned to take America out of the Paris climate accord and plans to promote the exploration and development of fossil fuels, including coal.

Mysteriously, some of Trump's more controversial campaign promises, including the plans to withdraw from the Paris treaty, were temporarily removed from his campaign website hours after his election victory. But a Trump spokesman later told Reuters that this was due to a technical glitch.

Trudeau’s congratulatory press release Wednesday said the prime minister looked forward to working with the new Trump administration on a number of joint policy areas, but neglected to cite the environment or climate change.

Editor's note: This article was updated at 8:20 a.m. ET on Friday adding a new comment from a Trump spokesman that explained the changes on the campaign website were due to a technical glitch.