By Jenny Uechi | News, US News | November 14th 2016
#9 of 35 articles from the Special Report: Syrian Refugees in Canada 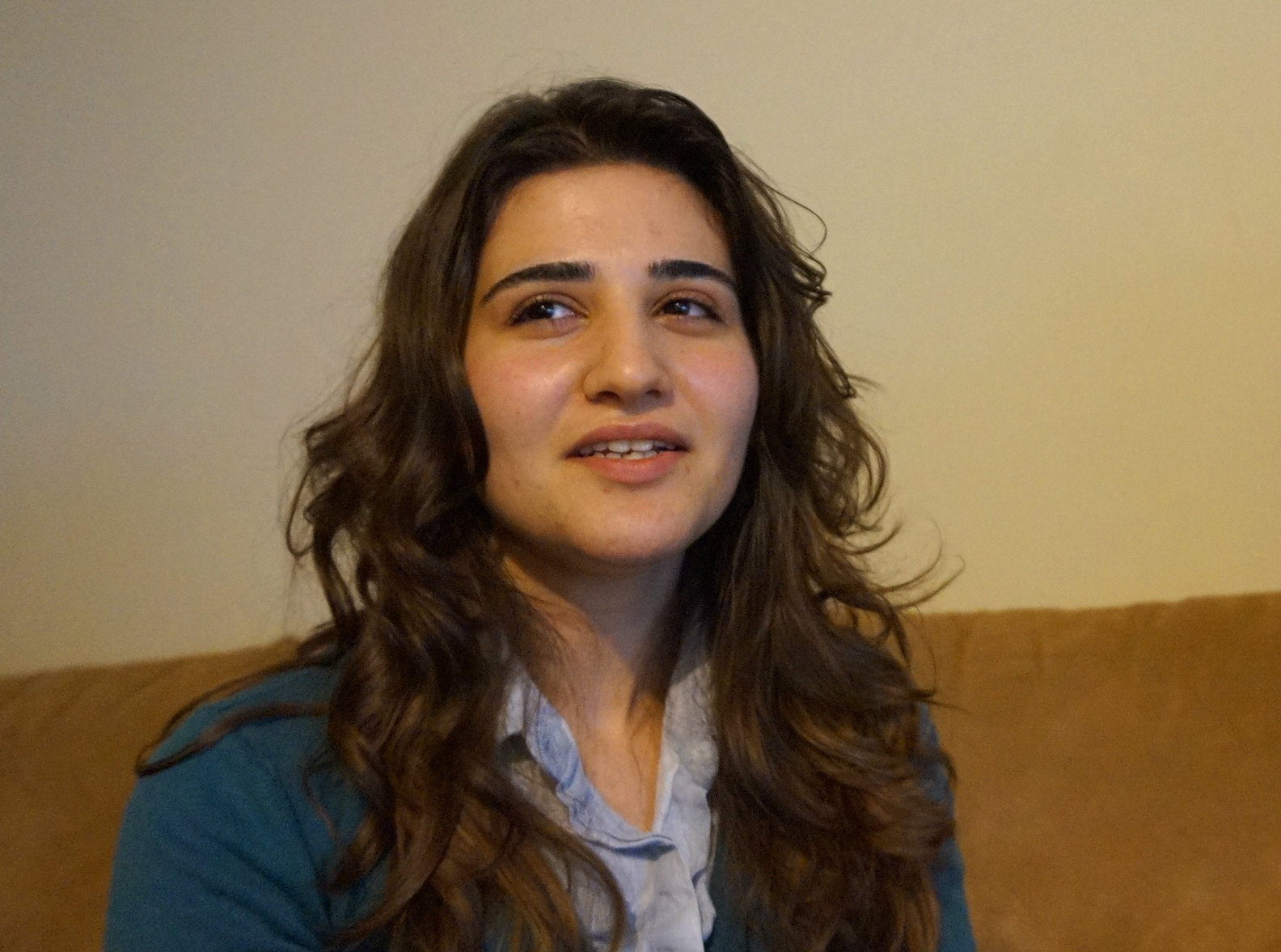 Many American Muslims are living in fear, but Syrian refugees who have settled in Metro Vancouver say they feel safe from Trump.

"I think a lot of people in the U.S. felt worried," Maryam Herro, a 22-year-old Syrian student and refugee in Surrey, said. "Not just refugees, but anybody with darker skin colour. You know, we don't want to have any conflict with anybody else here. We just want to live in peace."

In the days following the election, Herro said she didn't personally see any increase in negative rhetoric toward refugees in Metro Vancouver. It's a sentiment echoed by Noor Alshhadeh, who goes to high school in Vancouver. She's Muslim and wears the hijab daily.

After Trump's win, Muslims in the U.S. indicated how different it is for them. They shared messages about not wearing their headscarves for safety.

Alshhadeh said the Syrian refugees she knows are fearful of Trump's anti-refugee rhetoric, but they haven't seen its negative effect play out in Canada.

"No one here is afraid to wear headscarves," she said.

"We hope that kind of hatred doesn't happen in Canada." So far, she said no one in Canada has treated her disrespectfully since Trump's win, and none of the refugees she knows has personally encountered any bullying from Trump fans in Metro Vancouver.

Conservative leadership candidate Kellie Leitch has stirred controversy by saying Trump's victory was an "exciting message" that needed to be echoed in Canada. Although she said she doesn't endorse him, she has actively called for screening "every visitor, immigrant, and refugee" coming to Canada for "Canadian values." These values have yet to be clearly defined.

Although other Conservatives, including Leitch's former press secretary Andrew McGrath, have condemned Leitch's promotion of Trump's victory, she has outfundraised her CPC rivals. In the second quarter of 2016, she raised $234,785.59 from 334 donors, putting her ahead of rivals Michael Chong and Maxime Bernier (Bernier overtook her lead in the third quarter, but Leitch has still raised the most overall).

Deepak Obrhai, Canada's longest-serving Tory MP who is also in the Conservative leadership race, reported that he started receiving "leave Canada" emails after Leitch released her immigration plan. Obrhai was born in Tanzania and immigrated to Canada almost 40 years ago.

One Syrian man in his 50s gave a thumbs-down immediately at the mere mention of Trump's name.

Ahmed Shukr, living in Surrey, and fellow Syrian refugee Bassam Sua'ifan said Americans as a whole are fine, but that Trump is not a good choice for president.

But would Trump's Democrat rival Hillary Clinton have been much better? They shake their heads.

"You know Libya? The war there was under Hillary Clinton's watch," Sua'ifan said.

"Clinton said that she would end the war in Syria if she were elected President. All these years, she was one step removed from the White House. Why didn't she do more before? It seemed like she was using Syria, and the war, to win. I don't think she cared very much about what happened to Syria, but more about becoming the president."

Omar Al Jameel, an Iraqi refugee who came to Canada last year, and is now working as an interpreter while attending school, said he's a bit anxious about the rhetoric coming to Canada. "My fear is that he might bring his ideas to Canada," he said. "On my Facebook, I see there's a general fear of him. Not just with refugees but all people. I don't know about people outside North America, but inside America, I see some people asking, 'Can we still live the same way as before in America? Are we going to have to leave?'"

Asked how people from Arab countries perceive Trump, Al Jameel said they're mostly just surprised that someone like Trump was able to get elected.

His opinion of Prime Minister Justin Trudeau, meanwhile, is the opposite. "I just think he's a good man," he said. "He does his best for his people, and for refugees, to help them."

Nada El Masry, a youth advisor from Fresh Voices, a joint initiative of Vancouver Foundation and the B.C. Representative for Children and Youth, works with Syrian refugee youth to help overcome barriers to success and engage in dialogue. El Masry said Trump's negative rhetoric caused damage across North America, even before he won the election.

"I believe Canada is much better. However, we still have work to do here as well. About two weeks ago, I was in Vancouver with one of the refugee youth, and we went to use a public washroom. At the washroom, we were verbally attacked by a woman there. The youth was so scared she thought she was going to get hit. The youth was terrified and started shaking. The woman was angry and started attacking Islam and telling us that we would go to hell. I did my best to de-escalate the situation and we rushed out without using the bathroom," El Masry said.

"Incidents like this are very common unfortunately, especially while using public transit. We often discuss this with refugee youth and we go over what to do when faced with such situations. That being said, most of the youth I work with are just so grateful that they live in Canada. There are many amazing people here. After announcing the results of the elections, I had many amazing people contacting me, showing their support. I am hoping that this election will serve as a motivation for all of us to engage more and organize to ensure that something like this will never happen again."