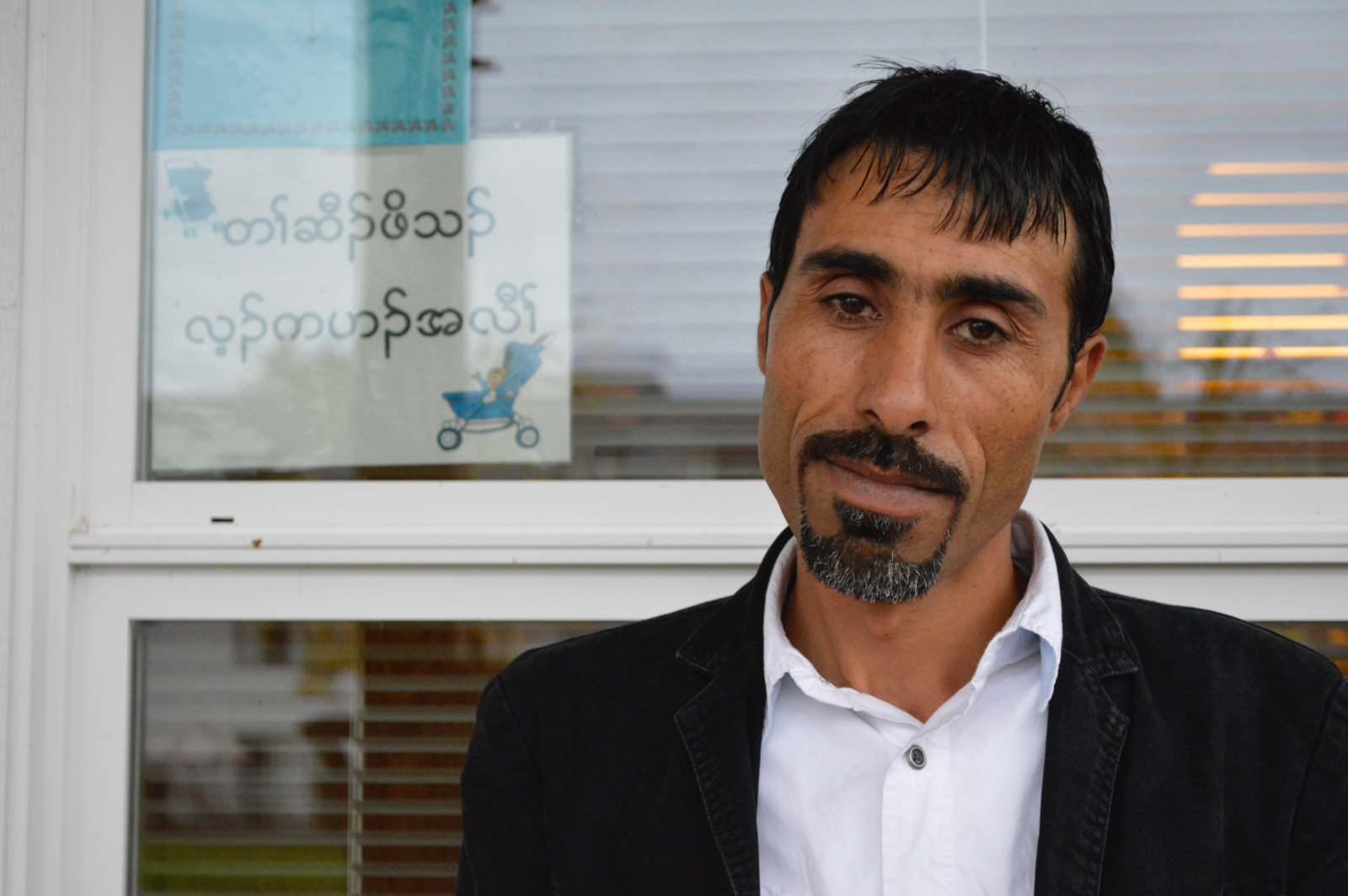 Thirty-six-year old Ali Barsan leans back against his chair, as his translator slides him a box of tissues. Tears fill his eyes as he talks about the uncertain fate of his brother, who lives far away on his own in Turkey with no one to turn to. His two other brothers are imprisoned by the Islamic State in Syria, with no hope of escape.

Since war broke out in Syria in 2011, around 6.1 million people have been internally displaced. Another 4 million have fled to other countries, mostly to Lebanon, Jordan and Turkey.

Ali and some members of his family fled from Aleppo, his hometown. He and his wife were among the extremely lucky few who managed to come to Canada.

However, his elderly parents have stayed behind, and Ali is haunted by thoughts of what they are going through.

His parents chose to stay, he said, because “they have a life there.” But now, they're "surrounded by IS," and the war grows more violent by the year. According to a recent New York Times story, around 250,000 people are stuck without access to hospitals.

The unsettling lack of connectivity to his parents and brothers has been a major struggle for Ali. If his parents ever need to communicate with him, they must travel at least 70 kilometers away from home for Internet connection, since IS has cut off Internet access in certain areas of Syria.

Ali and his family have been living in Canada for almost a year now. Even though many things have gone well, adapting psychologically to a new life has been a challenge for his family.

Ali shares that his three children still struggle from the harsh memories of Syria. His eldest son, Hazim, has frequent nightmares about his uncles being killed, he says.

He says that every so often, Ali wakes up in the middle of the night because one of his kids has crawled into bed with him after a nightmare. The children were so used to living in a big home in Syria with all of the family members, and the drastic change has left them extremely unsettled. They're especially worried about one of the uncles in Turkey.

“They miss him,” he says, with a heavy look in his eyes.

Ali says the journey to Canada was incredibly difficult. He and his family had to wait a painfully long time for approval to travel — two years, after his first application in September 2014.

Boarding the plane was a heartbreaking moment for the family, he said, not knowing when, or if ever, they’d see their relatives again. As he recounts the story, his longing for reconnection with his parents is so strong that he takes a shaky breath and presses a tissue to his eyes as he tries to collect and calm himself as he describes it.

Almost immediately upon arriving, he became close friends with a volunteer translator, who helped his family go to the hospital. She was able to find Ali a steady job as a construction worker in Burnaby.

Even though he's still a beginner in English, Ali has a wealth of experience in construction. He has been working in construction ever since he graduated sixth grade, in order to support his large family of twelve people.

Ali says his Canadian boss was shocked at how well he was able to complete both simple and complicated tasks, after watching a demonstration.

Back in Aleppo, Ali says, he had nearly 200 people working under him in building construction. He began to explain the difference between Syria and Canada's construction industry. Back in Syria, he says, each person had a very specific job to do on the site, such as working with cement. He was surprised at how general the work here is.

“No one really has a certain task to do, there are multiple jobs throughout the day,” he explains.

Getting to work, five days a week was a big challenge. He used to roll out of bed at five in the morning for a long bus trip that would take two hours to get to his construction site in Burnaby. So, Ali successfully passed his drivers test and got a license. Thanks to the regular income provided by his job, Ali has managed to purchase a car for the family recently. Now, it only takes him twenty minutes to get to most places he needs to go, he adds.

When asked if he believes he would ever return to Syria, Ali’s eyes begin to fill with tears again. Sabirin translates that he wants his kids to be able to go back one day in the future after the war ends, with enough education and financial support so that they’d be able to “build Syria back again.” His eldest son, he says proudly, wants to become an engineer when he grows up.

Ali briefly mentions that his wife enjoyed catering for Canadians during an event organized by a friend. The event was at a restaurant, with a professional cook with food safety standards overseeing the kitchen. He hopes one day, he and his wife may even be able to build a restaurant and create a family business.

For now, though, Ali wants to continue working in construction so he can provide a steady income for his family and create a successful future in Canada.