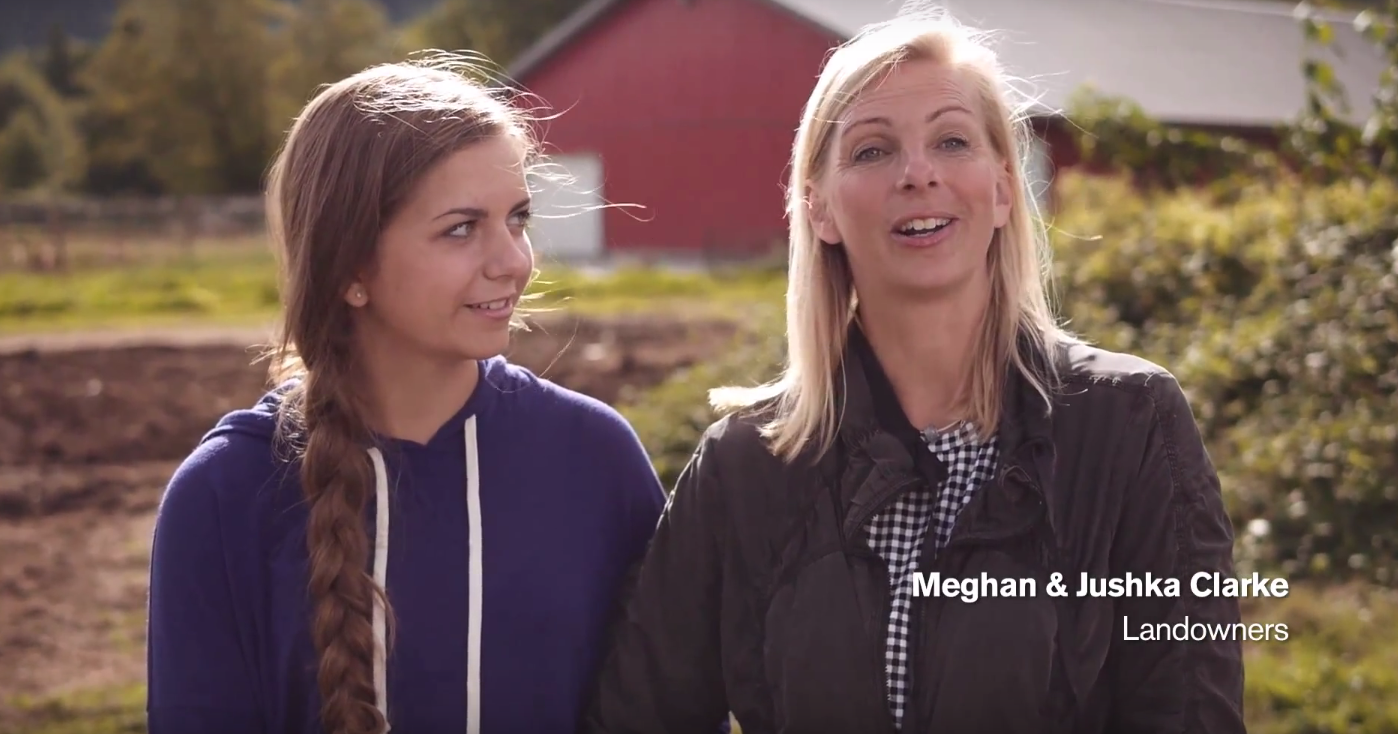 Any Metro Vancouver resident watching TV, checking websites, or browsing the local weekly in recent months could hardly avoid the multi-media barrage from extractivist corporate entities. The Canadian Association of Petroleum Producers’ “Energy Citizens”, BC LNG, and Kinder Morgan know how to massage one-sided and misleading messages, without actually lying.

They have public relations budgets that no environmental group can match, and the expertise to make their pitches within narrowly-defined advertising standards policies.

Take Kinder Morgan’s ads (please!) for its proposed TMX pipeline expansion. As with other extractivist propaganda, they often start with images of pristine greenery – a sure clue that this comes from a company whose very business model puts the environment at risk. The topic of TMX’s complicity in catastrophic climate change through the ‘downstream’ burning of exported tarsands oil is strictly taboo.

Some of Kinder Morgan’s warm and fuzzy ads imply community support via regular-looking people, ignoring that the primary responsibility of this Texas-based multinational corporation (founded by former Enron executives) is to its dominant shareholders. Behind its sugary rhetoric, Kinder Morgan has tried to intimidate and silence critics – recall the multi-million dollar lawsuit against five community members at Simon Fraser University in 2014.

Its claim of ‘commitment to safety’ for 50 years fails to mention that Kinder Morgan has actually owned the TMX pipeline only since 2005, with four major oil spills along that route since then – including the disastrous spewing of a north Burnaby neighbourhood in 2007. In 2014, Kinder Morgan couldn’t even correctly identify its test-drilling zone boundaries on Burnaby Mountain. Its safety record in the US is dubious – reportedly, hundreds of pipeline incidents, including spills, explosions, fires and evacuations, since 1997.

Claims of First Nations consultation disregard the territorial rights and the heartfelt opposition of most First Nations along the proposed route. The implication of a job bonanza overlooks independent analyses that the pipeline’s contribution to long-term employment in our region will be minimal, and perhaps even negative, considering the potential harm to more sustainable industries like tourism and fishing. And it ignores the huge job potential of a ‘just transition’ to renewable energy and a low-carbon economy – another taboo topic.

Private corporations will promote their interests however they can. More disappointing is CBC television, which is running so many of the ads. All Canadian broadcasters have a legal mandate to “provide a reasonable opportunity for the public to be exposed to the expression of differing views on matters of public concern.” Public service broadcasters, like CBC, can also offset private broadcasting’s inherent commercialism, and ensure that the airwaves aren’t dominated by wealthy vested interests.

Much as we need CBC, local pipeline controversies haven’t been its finest hour.

CBC’s policy allows a “time limit” on advocacy ads, but it has seemingly neither imposed one, nor provided equivalent opportunities (beyond brief soundbites at citizen rallies) for counterbalancing viewpoints for those who can’t afford expensive airtime. While CBC radio provided occasional coverage, TV was notably absent at the articulate presentations I’ve heard at town halls since 2014. There’s ample airtime, though, for cute animal stories in the news.

If the Trudeau government approves TMX without community consent, the struggle will continue. The public voice in energy and climate policy needs to be strengthened through democratization of the media-constituted public forum – including a right of reply to relentless fossil fuel propaganda on an issue that effects our region, and our planet, profoundly.

between these smelly things

between these smelly things and our tax dollars being spent on clarks re-election...puke. they don't even call it kinder morgan anymore. haha