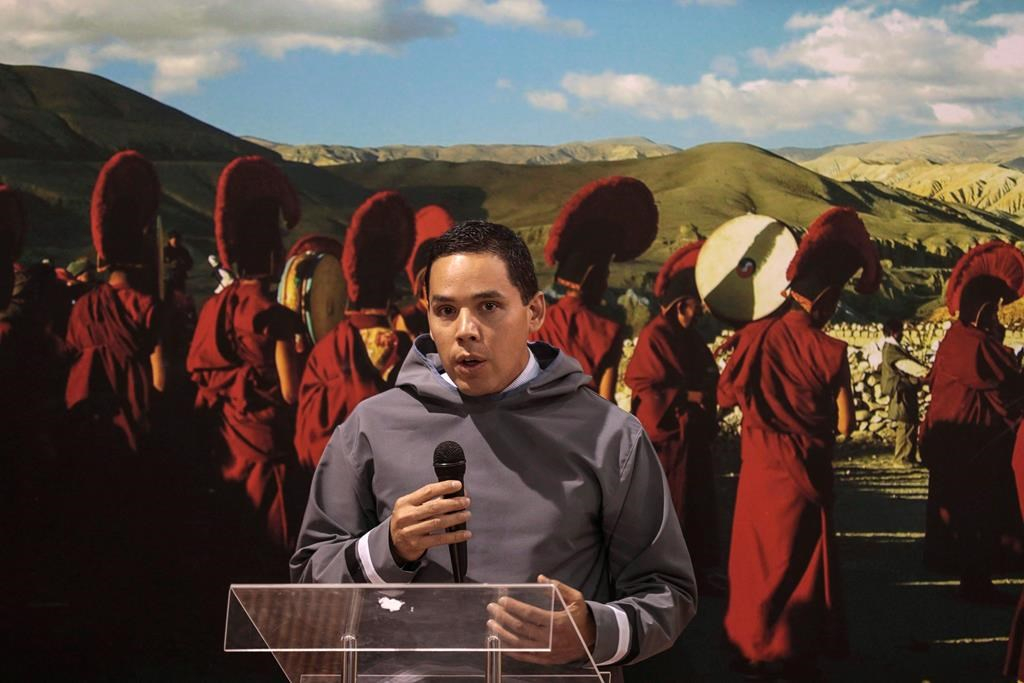 Indigenous leaders are frustrated they've been invited to a separate meeting with the prime minister on Friday ahead of his climate change discussions with the premiers in Ottawa.

Natan Obed, the president of the national Inuit organization, said Thursday it has been "frustrating and problematic" the way provinces and territories have been engaging with indigenous leaders in advance of the first ministers meetings.

Indigenous people should be directly involved in the climate change talks, he said, calling such inclusion critical in what the federal Liberal government describes as a time of renewed reconciliation.

Climate change hurts the Inuit way of life, he added.

"There are parts of first ministers meetings that are specifically between provinces and territories and the federal government and that's fine, that's fair," Obed said.

"But for anything that affects our rights, that is about us, it doesn't make any sense for the first ministers to consider solutions and decide on solutions on our behalf without us in the room."

"First Nations need to be at that table in a substantive way," Day said. "The pre-meeting is a buffer zone, it is a filter, it is a firewall, it is certainly not an effective way to respect the relationship with First Nations in this country today."

Ontario Premier Kathleen Wynne supports the push to have indigenous leaders participate in Friday's meeting between Justin Trudeau and the premiers, Day added, noting she needs support from other premiers to compel the prime minister to act.

The prime minister is to meet Friday morning with the leaders of three indigenous organizations — Inuit Tapiriit Kanatami, the Assembly of First Nations and the Metis National Council — along with U.S. Vice-President Joe Biden. The indigenous leaders want the premiers there, too, but have no confirmation they'll all come.

The Prime Minister's Office said Trudeau is looking forward to discussions with both the premiers and indigenous organizations to follow up on the government's plans to price carbon and phase out coal by 2030 and to discuss the federal government's recent decisions to approve the Kinder Morgan and Line 3 pipelines. However, there are no plans to formally bring the indigenous organizations into the first ministers meeting.

Northwest Territories Premier Bob McLeod said Thursday provinces and territories are unified in understanding that the cost of doing nothing to fight climate change is far worse than acting to alleviate its effects.

"We all know that northern territories are the most affected by climate change, yet we are only a very small population and a very large land mass," he said. "A large part of the problem is nationally and internationally."

While climate is the main focus of the first ministers meeting, the premiers also plan to raise the contentious issue of health-care spending during a working dinner on Friday night.

The issue has been an ongoing irritant between Ottawa and the provinces and territories, who are united in their opposition to federal plans to cut the rate of increase on federal health transfers to the provinces from six per cent to three per cent in April, while eyeing targeted investments in areas like home care.

B.C. Health Minister Terry Lake said Thursday he is pleased there will be a discussion between Trudeau and the premiers, but said he would be quite surprised if a health accord is negotiated by the end of the year — a timeline that federal Health Minister Jane Philpott had in mind.

The sensible thing to do would be to roll over the current six per cent formula while the provinces, territories and the federal government have an opportunity to get a longer-term agreement in place, Lake said.

"We've made very little progress moving this forward despite a lot of talk and subsequent meetings," he said in an interview, noting a lack of clarity is very difficult for his province to manage while it also attempts to handle a public health emergency over fentanyl.

"We are having a real dilemma putting together our budget not knowing what the contribution from the federal government will be."

Glavine said his province could live with a smaller annual increase in the health transfer if the federal government puts enough money into the new health accord, which is intended to target funding on four priorities: homecare, mental health, innovation and pharmaceuticals.

"That's where we feel that we could get a strong assist to deliver health care so that if there were less money in the actual transfer over the next 10-year period, we could handle that," Glavine said.

The federal Liberals have promised $3 billion over four years just for homecare, but insiders say they're are open to offering more money over a longer period.