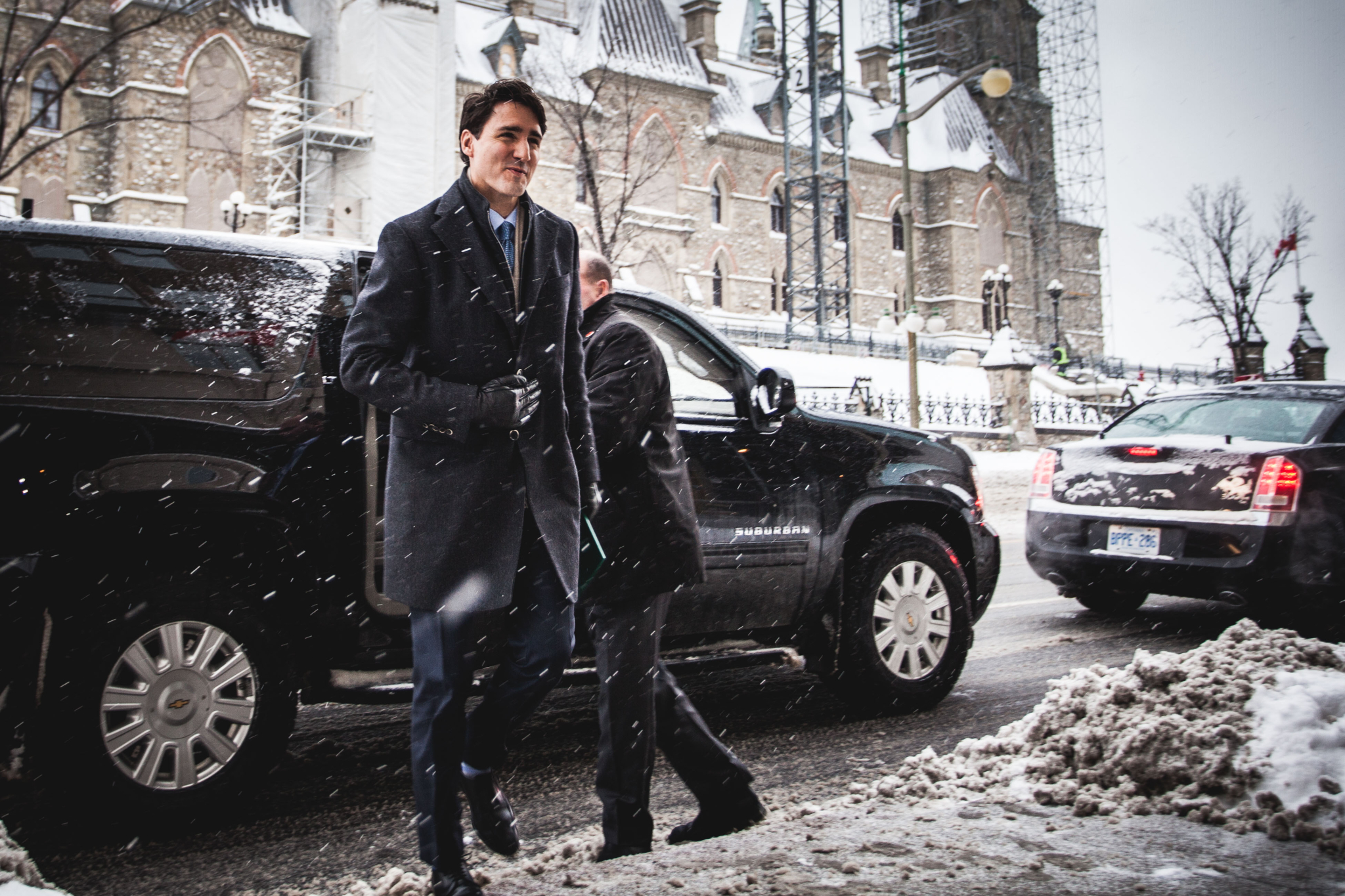 Prime Minister Justin Trudeau says his government will lead a wide review of all federal laws and policies to "decolonize" Canada and its relations with First Nations, without reigniting the constitutional squabbles of the past.

Trudeau made the comments during a news conference in Ottawa where he fielded questions ranging from the recent cash-for-access controversy to his greatest regret of the year.

He told reporters that he was pleased to hear the voices of First Nations leaders during last week's climate change summit with federal, provincial and territorial government leaders. He said that Canada needs their participation to get the right solutions.

But he added that a wider review of laws and policies, part of an election campaign promise, would be needed to get rid of old practices that were not respectful of First Nations.

“It basically means looking at the impacts of the wide swath of federal laws and legal frameworks to remove and to eliminate the elements that, instead of providing justice and opportunity, and opportunities for reconciliation, have been impediments for opportunities for growth and success of indigenous communities across the country,” Trudeau said.

He said the key would be to find tangible ways to improve Canada's relationship with its First Nations by providing better health care, for example, and closing economic gaps between indigenous and non-indigenous Canadians.

The government was not planning to focus on re-opening the constitution to pursue those objectives, he stressed. The government also wanted to focus on growing the middle class, striking the right balance between the environment and the economy, and strengthening Canada's voice in the world.

"These are things take an enormous amount of energy and attention and we’re focused on that, not on constitutional squabbles," Trudeau said.

The prime minister got emotional as he discussed the death of Canadians who were held hostage by terrorists from the Abu Sayyaf group in the Philippines last summer. He said this was a "low point" for him personally, in his first year in office.

"(It) was something that obviously was personally difficult for me as I had the responsibility for directing and articulating the Canadian position (of not paying ransom to release kidnap victims), but also the opportunity and the responsibility to speak with their families," he said.

Prime Minister Trudeau speaks about the low point in his first year in office. Video by Alex Tétreault

Still, he defended Canada's position of not offering ransom.

“I think people understand and the Canadians I’ve spoken with across the country, in the months following, understand that any other position would not just provide a source of significant funds to violent terrorists intent on causing more harm and taking more lives, but it would also endanger the life of any Canadian citizen who works, travels or lives outside of our borders,” Trudeau said.

Trudeau also defended his recent participation in fundraising events in which wealthy donors attempted to discuss policy issues with him and other representatives of government. He said that the Liberal party followed the rules and didn't do anything wrong.

"I think as, as people have seen from my approach over this past year, I and my entire government, make ourselves extremely available to Canadians through a broad range of venues, through town halls, through press conferences like this, through conversations with Canadians in community centres and consultations across the country," Trudeau said. "And any time I meet anyone, you know, they will have questions for me or they will take the opportunity to talk to the prime minister about things that are important to them."

He insisted his decisions are based on "what's good for Canada" and not on the influence of someone who speaks to him after donating money to the Liberal party at a fundraiser.

"And I can say that in various Liberal Party events, I listen to people as I will in any given situation, but the decisions I take in government are ones based on what is right for Canadians and not on what an individual in a fundraiser might say."

"I guess I’m a little disturbed that the prime minister admitted this morning in his press conference that he in fact does discuss government business at party fundraisers. I think my observation is the prime minister has a major ethical blind spot when it comes to this issue," Ambrose told reporters.

"He doesn’t seem to be able to acknowledge there are laws in place, there are codes in place to forbid government business being discussed at (Liberal) Party fundraising. There’s a reason for that. It’s to protect the office of the public office holder and the integrity of that office."

Ambrose said former prime minister Stephen Harper never put himself in that position during his nine years in government.

"Mr. Harper didn’t do these kinds of fundraisers because of this exact reason," she said. "The prime minister should remove himself from these kinds of fundraisers. It goes to the heart of the integrity of his office and for him to continuously defend this and now this morning almost brag that he in fact is comfortable discussing government business as the prime minister at Liberal Party fundraisers, to me shows he has a serious ethical blind spot about this issue."

Ronald Ambrose is a little

Ronald Ambrose is a little naive in saying that prime minister harper never discussed government business in situations where he was not to do so. Mr harper may not have put himself in situations such as Mr Trudeau in private home fund raising parties but he would have done so in other ways. Rona Ambroise is insulting our intelligence