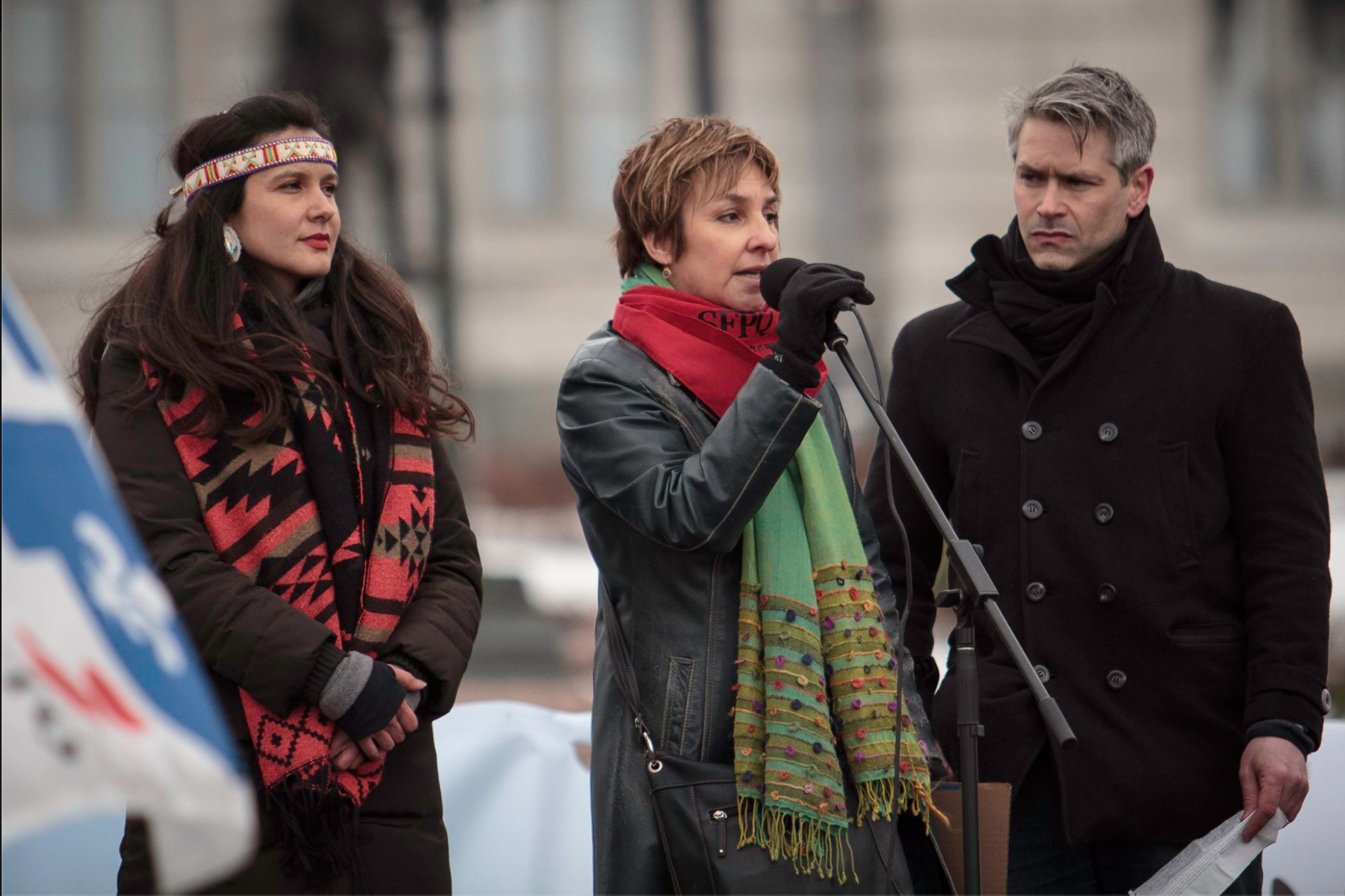 A $300−million lawsuit filed by a multinational forest giant against Greenpeace under American racketeering laws enacted to deal with organized crime is simply an intimidation tactic that would set a dangerous precedent if successful, the environmental group argues in new court filings.

In calling on a court in Georgia to toss out the suit, Greenpeace says Resolute Forest Products is trying to silence critics of its logging practices in Canada’s boreal forests. The approach, Greenpeace says in its filings, puts all public−interest advocacy at risk.

"Allowing this threatens to open the floodgates for any plaintiff who disagrees with positions that any advocacy groups might take," the filing states. "The collective burden on advocacy groups and the courts and the injury to open, public debate, could be extreme."

In a years−long campaign against Resolute, Greenpeace publicly accused the Montreal−based forestry giant of unsustainable logging in Canada that threatens endangered and other wildlife, contributes to climate change, and ignores indigenous peoples.

Resolute has strongly denied any wrongdoing and some northern Ontario communities, which stand to lose jobs and industry, have denounced Greenpeace’s tactics.

In March 2013, Greenpeace apologized for falsely accusing Resolute of logging on a critical caribou habitat in Quebec, but two months later, the company filed a $7−million lawsuit against Greenpeace Canada in Ontario. The suit, which remains before the courts, alleges the organization defamed the company by publishing false and misleading information, and that its activists had broken laws all over world.

In May last year, the company also sued in U.S. District Court for Southern Georgia under the Racketeer Influenced and Corrupt Organizations Act — known as RICO. The suit names Greenpeace, a second environmental group Stand.earth, and five staff members of the organizations.

Resolute says Greenpeace’s campaigns are based on "sensational misinformation" aimed at getting people to donate money for its own benefit.

"Greenpeace is a global fraud," Resolute states in its suit. "Maximizing donations, not saving the environment, is Greenpeace’s true objective."

In reply filings, Greenpeace maintains that Resolute has made baseless "incendiary" allegations that include tax fraud, fabricating evidence, witness tampering, money laundering and fraudulently soliciting donations. At heart, Greenpeace argues, the case is about defamation and constitutionally protected free speech and should be thrown out for running afoul of laws aimed at protecting public advocacy.

The attempt to brand the group as a criminal enterprise is an "extraordinary expansion" of the racketeering law, which carries the threat of triple damages, Greenpeace argues.

"Resolute’s RICO lawsuit is this company’s most blatant — and most excessive — attempt to crush any criticism of its forestry practices," Joanna Kerr, executive director of Greenpeace Canada, said in a statement Tuesday. "Rather than work with critics to find solutions for the forests and communities that depend on them, Resolute has chosen the path of sheer intimidation and brute force."

The filings argue that courts are "particularly ill−suited" for adjudicating scientific truth and that the proper forum to discuss such matters is in the "public marketplace of ideas."

More than 100 organizations have spoken out against Resolute’s lawsuit, including 12 media organizations that have filed a brief in support of Greenpeace.

Annie Leonard, executive director of Greenpeace U.S., said courts need to stop such corporate tactics in their tracks to avoid setting a precedent. The organization notes that plaintiffs have since filed two copycat cases — one against environmental groups and another against media companies — targeting advocacy about climate change and news stories about the election.

Like the tracks of a slug, Trump leaves unmistakeable tracks on everything he touches. Unlike a slug, Trump leaves viscous, putrescent, nastiness with infectious and explosive tendencies. Our legal system has been shredded by successive cases going back to Confederation, but instead of reviewing and updating regularly, governments (made up of a statistically high percentage of lawyers) prefer costly little band-aid measures that increase the problem, if they are not tossed by the Supreme Court. Instead of denying corporate donors, governments collude in law-breaking, knowing the game is rigged in their favour. It is increasingly left to non-profits like Greenpeace to not only fight those breaking laws, but to catch them in the first place. The pauperised public contributes to fight it's own corrupt Governments over approving Site C and mega hydrocarbon projects, while Governments fight using our money. With Site C it's the public's own utility, the Province and the Feds all using our money to fight Indigenous and other suits. Not content with this, the CRA continues to harass, threaten, audit without cause and strip non-profits of their status. If this is democracy, it's time for another system.