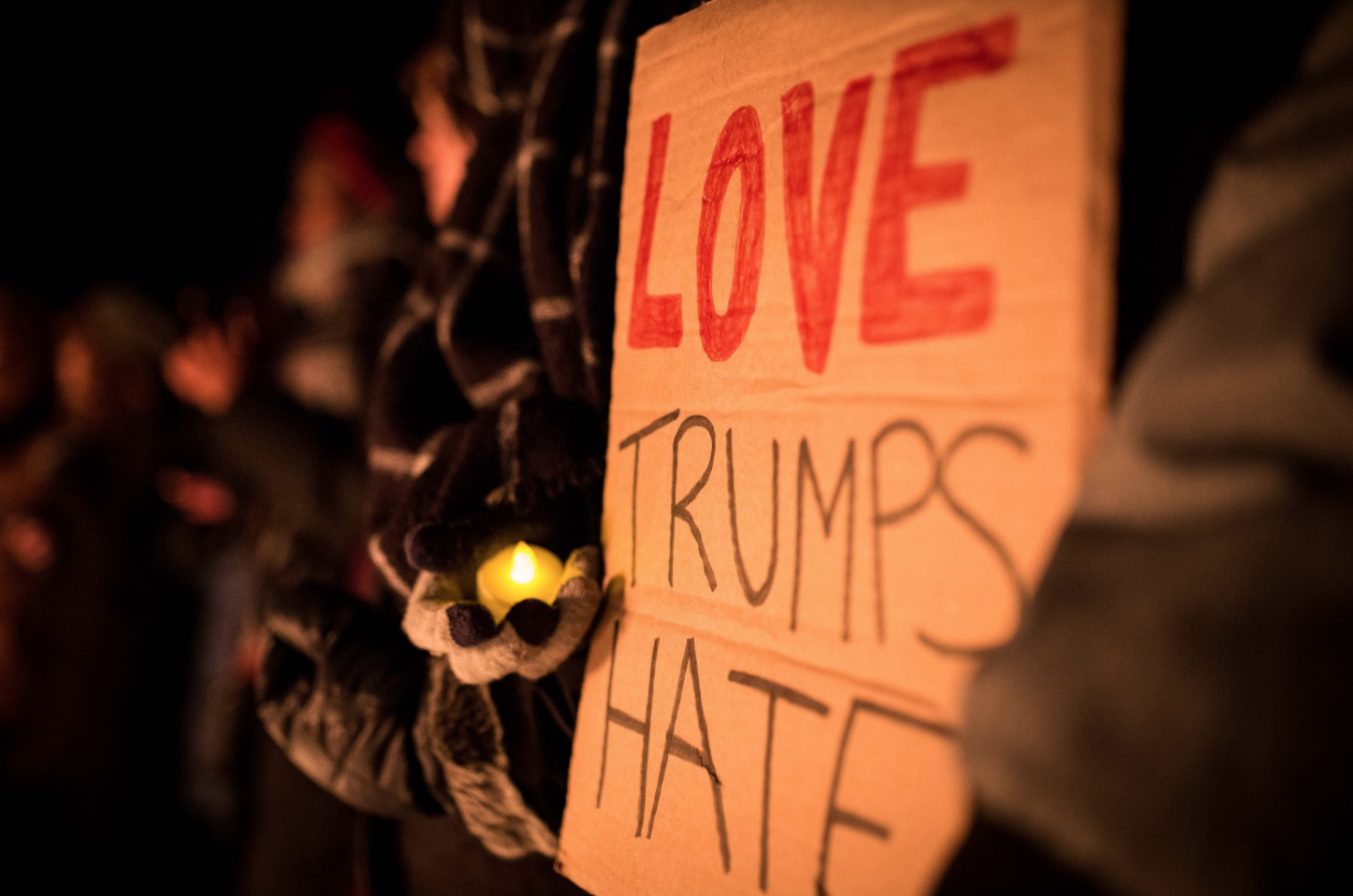 Canadians spread a message of hope and love during a vigil for the victims of the Quebec massacre on Parliament Hill, Mon. Jan. 30, 2017. Photo by Alex Tétreault
Previous story
Next story

Local police are expected to question him on Wednesday, and the exact nature of the charges he may face is still unclear. The disturbing news comes just as worshippers are returning to the scene of last weekend's mosque shooting to view the aftermath of the carnage.

Blood was everywhere: On the prayer carpet, the walls, tables and in footprints leading to the basement where people took refuge from the shooter.

Ahmed Elrefai, a worshipper, pointed to several spots of blood across the room and said that was where his friends were hit.

"Someone was shot under the mic," he said, pointing to a dried pool of blood near a prayer carpet at the front of the room.

Elrefai said despite the stains and bullet holes in the windows and walls, three men returned to the mosque Wednesday morning to kneel for prayers. He said Muslims in Quebec City wanted the mosque to reopen as soon as possible, just days after a shooter killed the six men and wounded several others.

"The message is that we will still pray, even with blood on the floor," he said.

Mosque vice-president Mohamed Labidi says he wanted to open the centre to the public so people could see what worshippers had to suffer. The six victims, aged between 39 and 60, were killed when a gunman stormed the mosque and opened fire on men who were attending prayer. Authorities have refused to specify what type of firearm was used in the mass shooting.

Labidi, standing in front of a thick, gob of blood at the entrance to the carpeted prayer area, pointed down and said the remains belonged to his friend, Azzeddine Soufiane. He said Soufiane ran to the shooter and tried to struggle with him, only to be shot dead.

"He was a generous man," Labidi said. "Generous to the last moment of his life. He is our hero."

Since the shooting, Labidi had been demure and quiet, but his voice rose as he spoke about his friend and his struggle living as a foreigner in Quebec City.

"We went to university together, he got a PhD in geology — and he couldn't find a job in this city because his name was Azzeddine Soufiane."

He forged his own path and started a grocery store, Labidi said.

"I didn't want to talk about it because it wasn't the time to do it ... but go to taxi stands and you'll see PhDs and people with master's degrees because we do not find jobs here."

Ahmed El-Ghandouri wiped away tears as he spoke about knowing Soufiane for 35 years and helping him start his grocery store.

"This is my second home," he said. "But we have to return here. We don't have the choice. We have to clean, put it back in order. And we welcome people to come and see what Islam is really about."

Mosque president Mohamed Yangui said witnesses told him the shooter, once he emptied his weapon, would run out of the prayer area and hide behind a wall near the front door of the mosque.

"He was scared, it was in that space where he reloaded," Yangui said. "Then he came out and started shooting. The shooter had three guns, including an AK-47 but, I don't know why, he wasn't able to use it. If I was there on Sunday night I would have been dead for sure. I'm always at the front of the room, that's where he started shooting."

Yangui said the six bodies have been returned to their families. All but one will be flown out of the country for burial.

Montreal Mayor Denis Coderre said a funeral service will be held in the city on Thursday afternoon for three of the six men. Coderre tweeted Wednesday the ceremony will be held at Maurice-Richard Arena for Abdelkrim Hassane, Khaled Belkacemi and Aboubaker Thabti.

There will be prayers for the three other victims — Soufiane, Mamadou Tanou Barry and Ibrahima Barry. There is no Muslim cemetery in Quebec City.

Alexandre Bissonnette, 27, was arrested Sunday night following the massacre in which 19 people were also wounded, including two who were still in critical condition on Tuesday. On Monday, Bissonnette was charged with six counts of first-degree murder and five of attempted murder using a restricted firearm.