Missing python found after disappearing from backpack at Ontario university 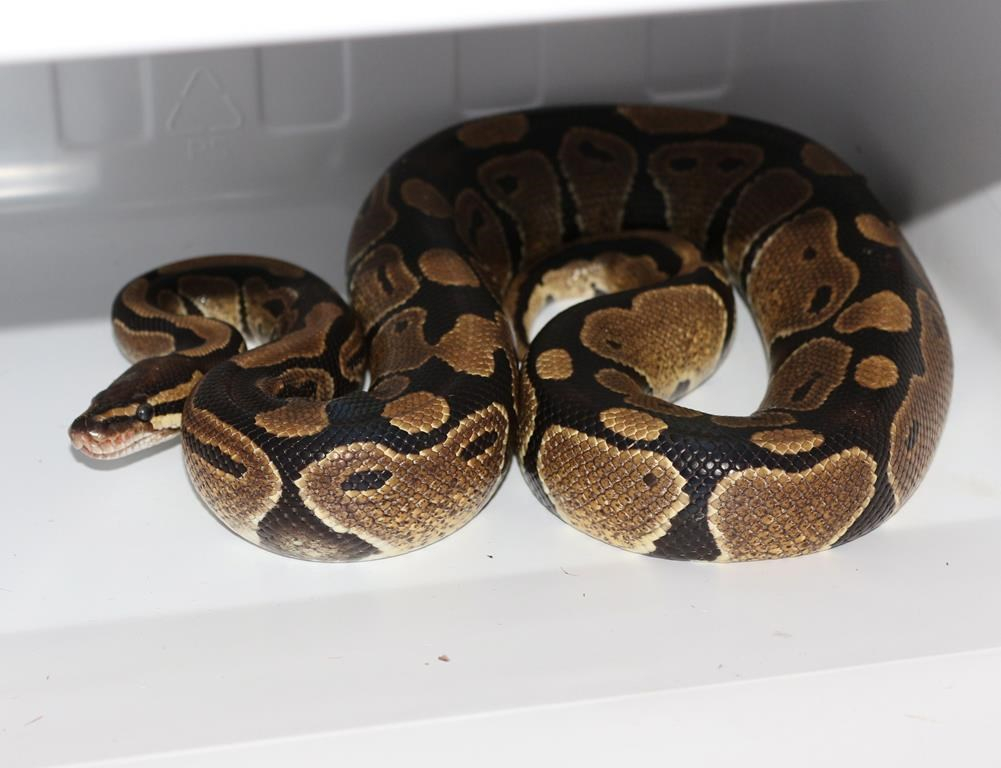 Officials say that a snake that went missing on an Ontario campus has been found. Photo by The Canadian Press
Previous story
Next story

Officials at an Ontario university say a snake that went missing on campus last week has been found.

The small ball python was reported missing at the University of Guelph last Thursday after a student brought it to campus in a backpack.

"The snake wasn't doing well, and the intention was to take it on to the vet," university spokeswoman Lori Bona Hunt said Monday. "When (the student) set the backpack down, the snake got out."

Campus police and pest control specialists searched areas of the university's campus for the snake last week and people were warned not to pick it up if it was found.

An expert noted, however, that the ball python wasn't dangerous or venomous.

The four-year-old python "suddenly appeared" on Sunday in the University Centre, a building that houses the school's administration offices, cafeteria and food court, Bona Hunt said.

The students who noticed the snake called campus police, who put the python in a box and took it to the university's veterinary college for an examination, she said.

The python will be returned to its owner after vets give it the all clear, she said.

The ball python is hardly the first misplaced snake in Ontario to draw headlines — a large python-like snake was caught sunbathing on a Barrie, Ont., rooftop last summer.

And last May, a woman in Brockville, Ont., called police after waking up to the sight of a large snake in her bedroom.

That snake slithered away before officers arrived but was captured shortly afterward. Local media said it belonged to another tenant who had lost track of the pet months ago.