Pierre Trudeau, Ivanka Trump, and how the White House meeting got set up 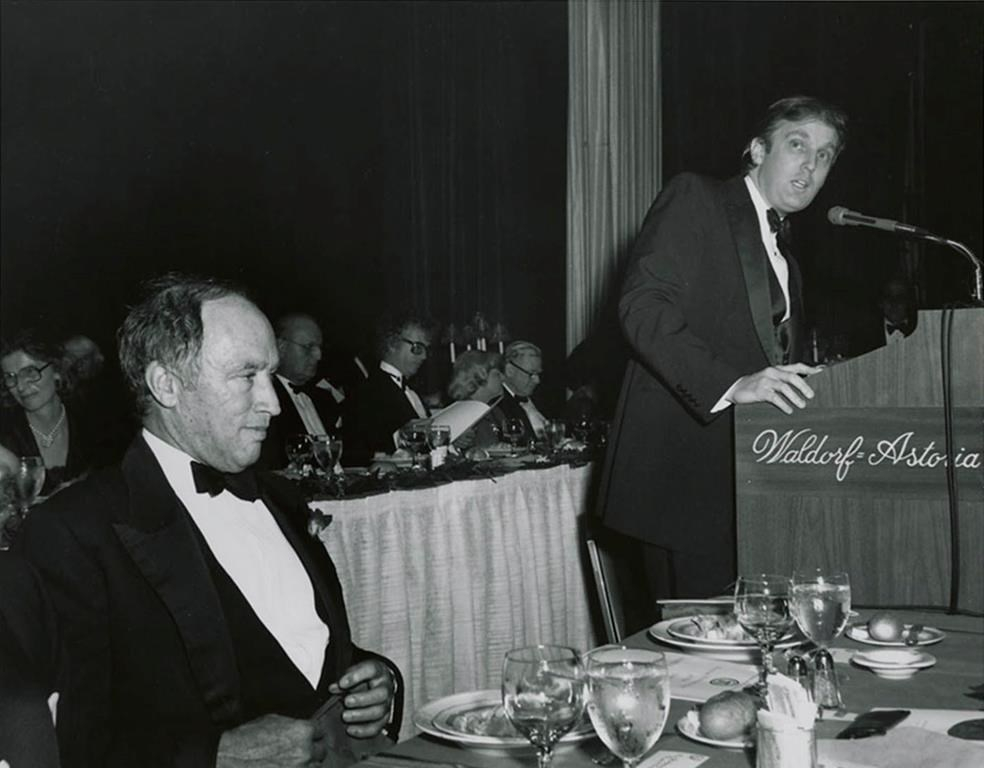 The relationship-building effort with Donald Trump began within hours of his stunning election win. After the shocks in Wisconsin, Michigan, and Pennsylvania, came a smaller surprise in a phone chat.

It was with Prime Minister Justin Trudeau.

The day after the election, Trump told the prime minister that he admired his dad, Pierre, and they'd actually met once — Trump spoke at a 1981 New York City event where the elder Trudeau was the guest of honour.

"We weren't aware of it," said a Canadian official.

Trudeau's team figured a meeting of two public figures must have wound up in a photo, somewhere: "We looked for it," said the official. They eventually found it through Library and Archives Canada, a black-and-white image of the prime minister's dad sitting down, and Trump speaking from a podium.

Uncertainty lingered for months about the date of a Trudeau-Trump meeting because the Canadian side expressed a willingness to forego a quick get-together, in favour of taking the time to set a detailed program.

After a campaign where the president-elect had railed against NAFTA, Trudeau's team said it wanted to send signals immediately to reassure business that the Canada-U.S. relationship remained on stable footing.

Indeed, Canadian news sites were filled with stories about the meeting Monday. The event made hardly a ripple in the U.S.

So the Canadians and Americans set about discussing issues that hadn't gotten any attention in the U.S. election, but which matter in Canada. Some of these issues are now enshrined in a joint statement of principles, released Monday by Canada and the U.S.

The statement refers to:

None of these were hot issues in the U.S. election. But now they're Trump's policies.

"We (wanted) to solve some issues.... The big thing for us is (we wanted) to calm some nervous people."

In the meantime, Canada reshuffled its cabinet with Canada-U.S. relations the new priority No. 1. Chrystia Freeland became foreign minister, her chief of staff went to PMO to head up a U.S. desk, and the ambassador to Washington, David MacNaughton, began working possible allies in the U.S., like certain industry and labour groups, to speak up on behalf of trade with Canada.

They got to know their interlocutors — one called it a constructive relationship, across the board.

That includes Trump's polarizing master strategist Steve Bannon. Bannon has spent years railing against multiculturalism and pro-globalization elites who attend summits at Davos, Switzerland, and warns of a multi-generational global war against radical Islam. That may not sound like a natural partner for Canada's prime minister.

Yet sources say he was constructive, too.

A couple of weeks ago, Trudeau's chief of staff, Katie Telford, had another idea: Why not work with Trump's daughter on women's issues? She suggested it to Ivanka Trump's husband, Jared Kushner.

The White House was looking for an opportunity to get the first daughter working on women's issues, after pushing her dad to make maternal leave a campaign promise: "We gave them (this one)."

The president's daughter was seated next to Trudeau at a round-table Monday. Two women inside the meeting said Ivanka Trump raised maternal leave, and access to credit.

Some recent Canadian moves have caused disquietude on the left.

A number of social media comments were aghast about Canada giving the president's daughter a platform, amid a furor over travel restrictions, while her clothing brand was being dumped by Nordstrom.

There were equally annoyed comments about the sight of Bannon walking and laughing with Trudeau's principal secretary at the White House on Monday.

On the right, the Conservatives warned that it's too early to cry victory: Interim leader Rona Ambrose said Trump's promised tweaks to NAFTA could still threaten Canadian interests.

But two women inside the meeting came away sounding positive.

"It was a great initiative," said Linda Hasenfratz, the CEO of Linamar Corp, of the project with Ivanka Trump. "It's absolutely the right thing, to build common ground. If you're trying to build a relationship with someone you do it by finding common ground. What do you both believe in? What's important to both of you?"

Annette Verschuren, CEO of energy-storage company NRstor Inc., and former head of Home Depot Canada, said of the project with Ivanka: "I think it's very smart... We can go look for the negatives. We can find all kinds, in everything. But we operate in a nation that is extraordinarily dependent on, and has a strong relationship with, the United States. Many, many jobs."

Trump promises Canada: No wall for you, only more 'bridges,' extra trade