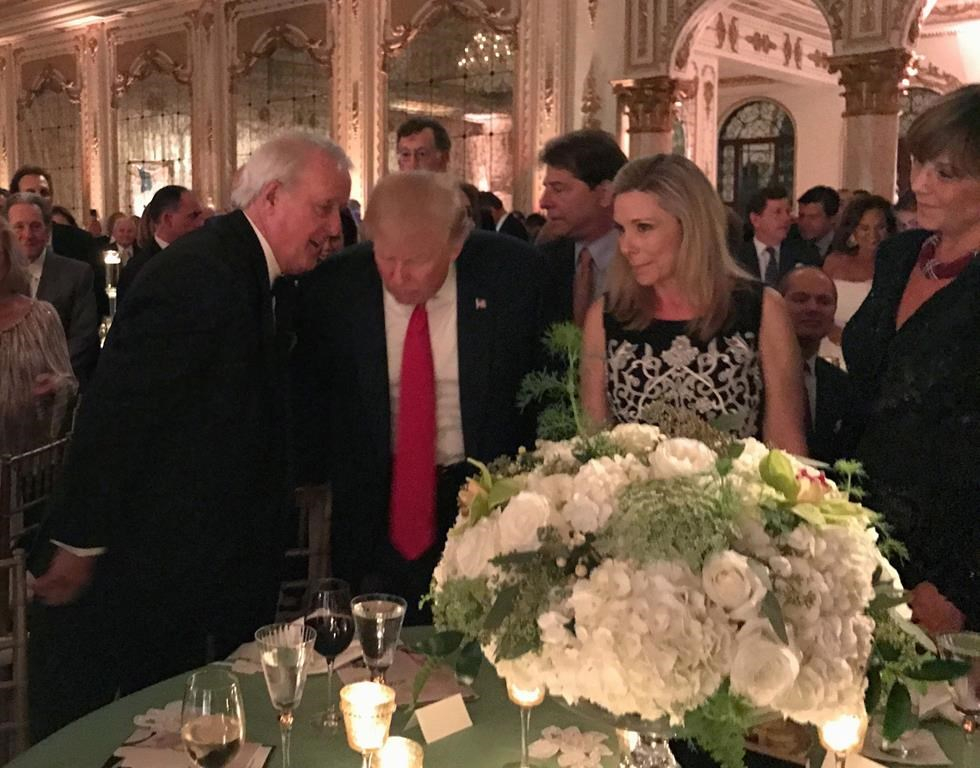 A video posted on social media that appeared to be taken from a fundraising event shows Mulroney singing "When Irish Eyes are Smiling" on the stage at the Mar-a-Lago club.

Canadian songwriter David Foster was headlining the fundraiser for the Dana-Farber Cancer Institute at the Mar-a-Lago, which Trump has called the "winter White House."

"I would never presume to say that I could go to the president of the United States and ask him to sing, so I won't do that," Foster joked before calling Mulroney to the stage.

The Palm Beach Daily News said that Mulroney had been sitting with Trump and his wife Melania, who are his longtime neighbours in Palm Beach, Fla.

But Saturday wasn't the first time Mulroney sang "When Irish Eyes are Smiling" in the presence of an American president.

He and his wife Mila joined Ronald Reagan and his wife Nancy in singing the song during a meeting in Quebec City in 1985 that was then dubbed the "Shamrock Summit."

Representatives for Dana-Farber, Mulroney and Foster did not immediately respond to requests for comment.

Pierre Trudeau, Ivanka Trump, and how the White House meeting got set up

Why am I not surprised? The

Why am I not surprised? The inordinate love of money makes for some obvious bedfellows.

It should be fun to watch our Canadian conservatives two step further to the right of social justice, climate action and respect for genuine diversity. The old world order must be maintained.....the old aristocracy allowed to continue to party..............and do toxic philanthropic side shows while counting their profits from same.

To the end of the world.

I am continously appalled by

I am continously appalled by our former PM being hosted by members of "high society" as well as consituents of his former district. Has nobody read ON THE TAKE -- Crime, Corruption and Greed in the Mulroney Years, by Stevie Cameron?