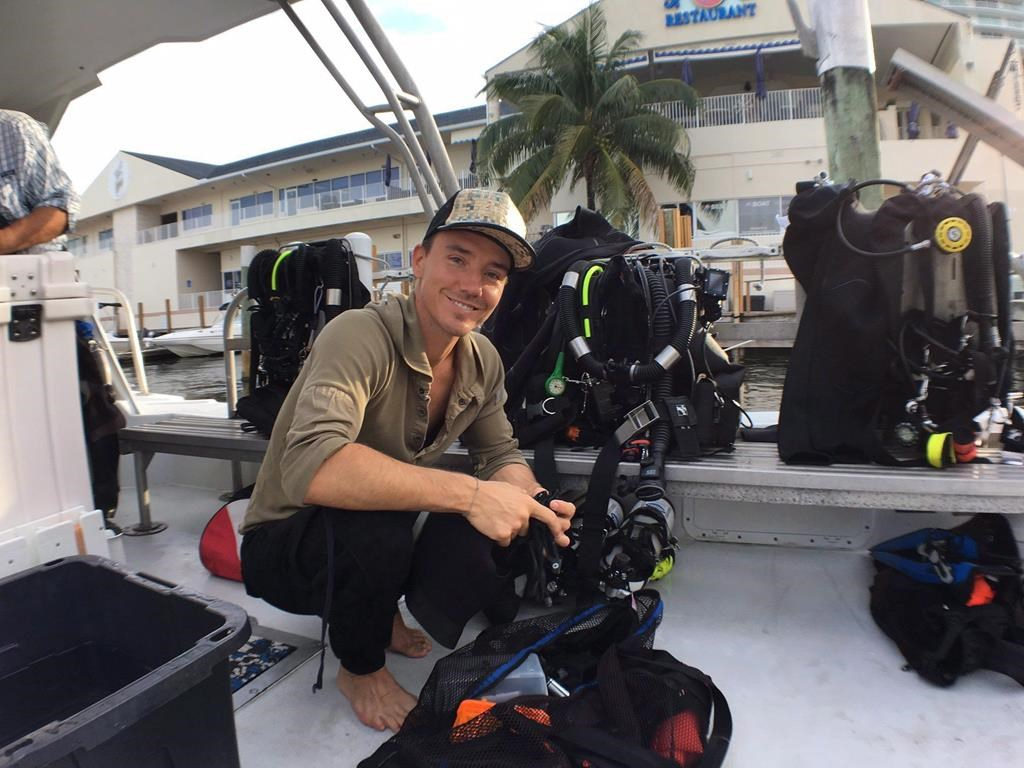 Hundreds attended the funeral on Feb. 18 for Toronto filmmaker Rob Stewart, the man behind "Sharkwater" documentary. File photo by The Canadian Press
Previous story
Next story

Toronto filmmaker Rob Stewart, who died while scuba diving off the coast of Florida, was remembered Saturday as a lovable scamp who channelled his passion for the environment into a global movement.

Hundreds of mourners filled the pews and spilled into the lobby of a Toronto church for Stewart's funeral.

His sister, Alexandra Stewart, drew attention to the many sides of her brother at Saturday's service. She read a list of 37 things that she loved about him. She had written it for his 34th birthday, she said, intending for the list to be 34 items long, but couldn't narrow it down.

The list painted a portrait of the bond they shared as siblings and her brother's eccentric sense of humour — she said he brought a six-foot-long boa constrictor to her wedding brunch and once unscrewed things around the house, including banister posts.

"We banded together to annoy (our parents), especially on boring car rides, including singing the song 'This is the song that gets on everybody's nerves,' where those are the only lyrics," she said.

Stewart's body was found on Feb. 3 after an expansive search that lasted several days.

He was best known for his 2006 documentary "Sharkwater,'' about the rapidly declining shark population at the hands of illegal and recreational fishing, climate change and pollution.

He had been in Florida filming a follow-up to the film, called "Sharkwater: Extinction" when he went on his last dive.

Alexandra Stewart said she loved him for "how creative you are, while still being left-brain smart," and "for the wide variety of women you've brought home."

"I wanted to keep this true to Rob's memory," she qualified.

Others remembered Stewart as a welcoming host, including George Stroumboulopoulos of The Strombo Show.

Stroumboulopoulos told mourners that he attended a party at Stewart's cabin in California, and ended up staying for two months.

"Rob didn't even know everybody that was there at the house, and it didn't seem to matter," he said. "Rob did live in the wild...there was a mountain lion that stalked outside. And when I went in, he said, 'It's there. You know, good luck.'"

"Rob's community wasn't just the ecosystem and the planet. Rob's community was all of us and the way we all interacted with each other," he said. "So we should be so thankful that in this little galaxy of stars that our life is and our friends are, that we had a sun like Rob at the centre of it."

Others who spoke at the funeral focused on the work Stewart did.

"When he saw an injustice, he felt compelled to try and fix it. That's how he lived his life," said Michael Kennedy, a director and friend of Stewart's.

Another friend read a letter that environmentalist David Suzuki sent to Stewart's family.

"If it provides any solace, please be assured that Rob had a huge effect in his life. Not only educating large numbers of people and saving countless lives of sharks, he has inspired a whole generation of young people, many of whom will go on and amplify Rob's work," Stuart Townsend read from Suzuki's letter.

Tomlinson said she dated Stewart years ago, after meeting him when he was promoting "Sharkwater".

"To watch one person's passion for one species that had a massive impact on the rest of the world was beautiful," she said.