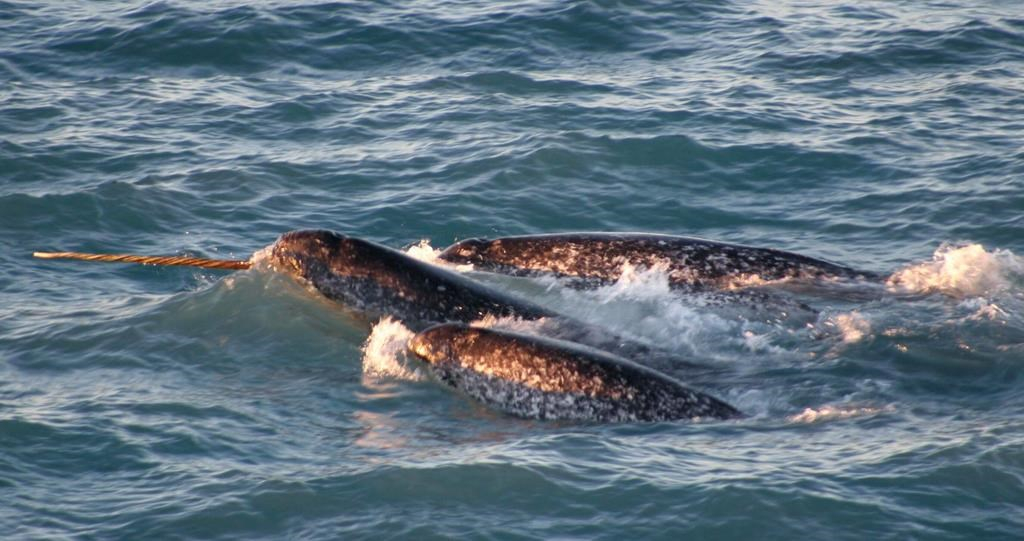 A study has concluded that the increased presence of killer whales in Arctic waters is intimidating narwhal into drastically changing their behaviour. File photo by The Canadian Press
Previous story

A study has concluded that the increased presence of killer whales in Arctic waters is intimidating narwhal into drastically changing their behaviour. It's another symptom of how climate change is remaking the delicate northern environment.

"Just having (killer whales) around is terrorizing their prey and causing them a lot of difficulties," said Steve Ferguson of the Department of Fisheries and Oceans, a co-author of the paper. "They're having to add this on top of all their other problems."

More than 5,000 narwhal, which grow a single long tusk from the front of their head, are thought to summer in Admiralty Inlet on the north coast of Baffin Island.

Extensive year-round sea ice once limited the number of killer whales in those waters. The decline of that ice due to global warming means killer whales arrive earlier, leave later, and are greater in number.

Ferguson and his colleagues used telemetry to track a pod of killer whales and a number of narwhal over an 18-day period in the vast inlet, which is 300 kilometres long and 50 kilometres wide.

When killer whales weren't around, the narwhal went after abundant shoals of prey fish between four and 10 kilometres from shore. But when the orcas were anywhere in the inlet, narwhal cowered within 500 metres of shore.

"I think the narwhal are scared to death," said Ferguson. "Watching your brother or sister or mother get killed and eaten by a killer whale would cause a little post-traumatic stress in most of us."

Ferguson has a theory on how the narwhal know.

"Killer whales are quiet," he said. "They almost don't communicate while they're hunting. But once they make a kill, they tend to celebrate and make a lot of noise. And quite likely, in the chase, the narwhal are able to communicate and somehow this gets passed on down through the different groups."

The predation drives the narwhal from their richest feeding grounds.

The killer whales also arrive at a time when the narwhal are trying to raise young. Part of the reason narwhal gather in Admirality Inlet is the protection it once offered.Hugging the shore also exposes them to Inuit hunters for whom narwhal is a valued food.

"The hunters love it," said Ferguson.

Those factors add stress to an already difficult environment. It's an example of how a small change in the food web can have impacts far beyond the number of narwhal killed.

Killer whales may be having a similar effect on other Arctic species. Preliminary data suggests bowhead whales seek refuge from killer whales by heading to the centre of areas where sea ice remains.

"They lie quiet," Ferguson said. "That seems to be a good tactic to evade predation for them. The killer whales don't like ice."

"Most traditional science views changes to occur from the bottom up — the food supply changes and it ripples its way up the food web. A few of us believe the changes can happen from the top down and be just as significant."