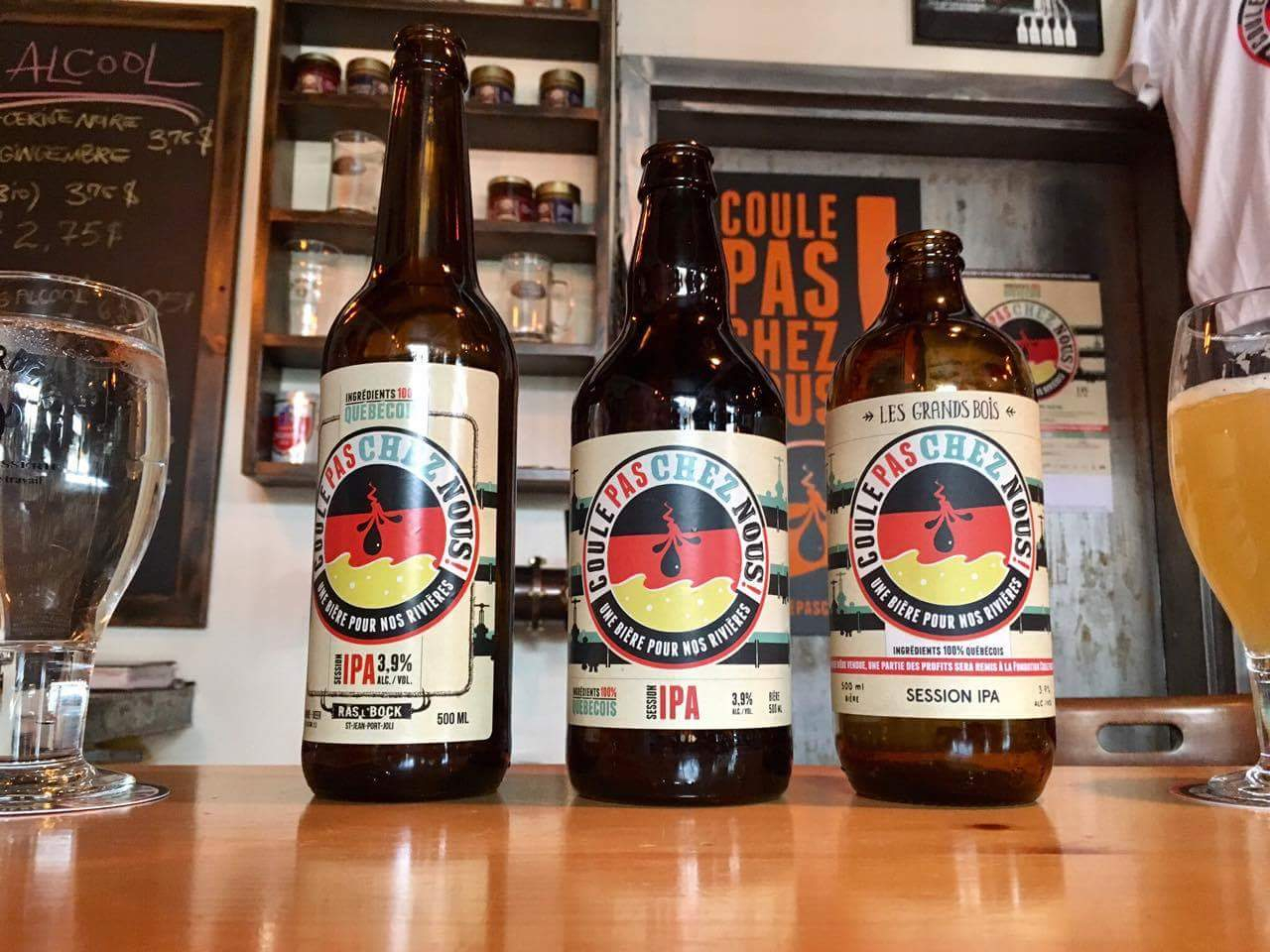 Quebec microbreweries have teamed up for a new Quebec-made beer that aims to raise awareness about TransCanada's Energy East project. Photo by Coule pas chez nous!
Previous story
Next story

With thousands of jobs at stake, nearly two dozen Quebec microbreweries are betting that the province's love for beer will crush the prospects of a major proposed oil pipeline.

Calgary-based TransCanada Corp. wants to build the Energy East pipeline, the largest project of its kind ever proposed in Canada, along the St. Lawrence River, which supplies millions in Quebec with fresh water. But in a new campaign launched on Wednesday, 21 Quebec microbreweries are urging the province to choose beer over oil.

Energy East has faced fierce opposition in Quebec and according to a March 2016 national poll by Forum Research, only 38 per cent of Quebecers supported the pipeline project, the lowest level of support in the country.

The campaign was coordinated by "Coule pas chez nous!" a Quebec-based coalition of groups opposed to the Energy East project.

'No water, no beer, no fun,' says brewer

Montreal microbrewery Oshlag worked with the Quebec activists in the coalition to produce an IPA made from Quebec water and local ingredients. Their goal is to raise awareness about the pipeline’s proposed route, crossing 860 Quebec rivers and streams.

That worries Alexandre Caron, a brewer with Ras L’Bock in Saint-Jean-Port-Joli on the south shore of the St. Lawrence River, whose microbrewery helped to launch the project. The brewery is concerned about the project’s potential impact on Quebec’s tourism industry, wilderness and supply of clean water, Caron said in a press release announcing the project on Wednesday. “That’s our primary ingredient. No water, no beer; no beer, no fun,” Caron said.

If built, the 4,500-kilometre-long pipeline could carry 1.1 million barrels of oil every day from Alberta and Saskatchewan to Quebec and New Brunswick, crossing about 3,000 rivers and streams along the way.

Quebec City microbrewery La Barberie said many breweries use water from nearby rivers for their beer and would have to shut down production immediately in the event of a pipeline leak or spill near a water intake. “When we look at the route of Energy East and the map of microbreweries in Quebec, we’re immediately struck by the extent to which the two overlap,” La Barberie’s William Garant said in the press release. “For those of us who have chosen to get involved in this campaign, that risk is intolerable.”

TransCanada spokesperson Tim Duboyce said the company uses "overlapping safety measures" in constructing and operating its pipelines. "The fact is pipelines represent the safest way to transport oil which we all use every single day," Duboyce said in an email.

"Pipelines crossing larger waterways travel dozens of meters beneath the riverbed and do not come in contact with the riverbanks," he said.

The National Energy Board said last week that it is investigating a spill of 200,000 litres of oil condensate in Alberta which happened after TransCanada contractors damaged an Enbridge-owned pipeline in Strathcona County, east of Edmonton, on Feb.18. The Transportation Safety Board of Canada, a federal watchdog that monitors both industry and regulators, is also investigating.

And last year, TransCanada was forced to temporarily shut down its Keystone pipeline, a line operating since 2010, after a landowner discovered it was leaking in South Dakota, causing a release of about 64,000 litres of oil.

In addition to the 21 microbreweries, the IPA will be sold in March in some bars and in corner stores across the province.