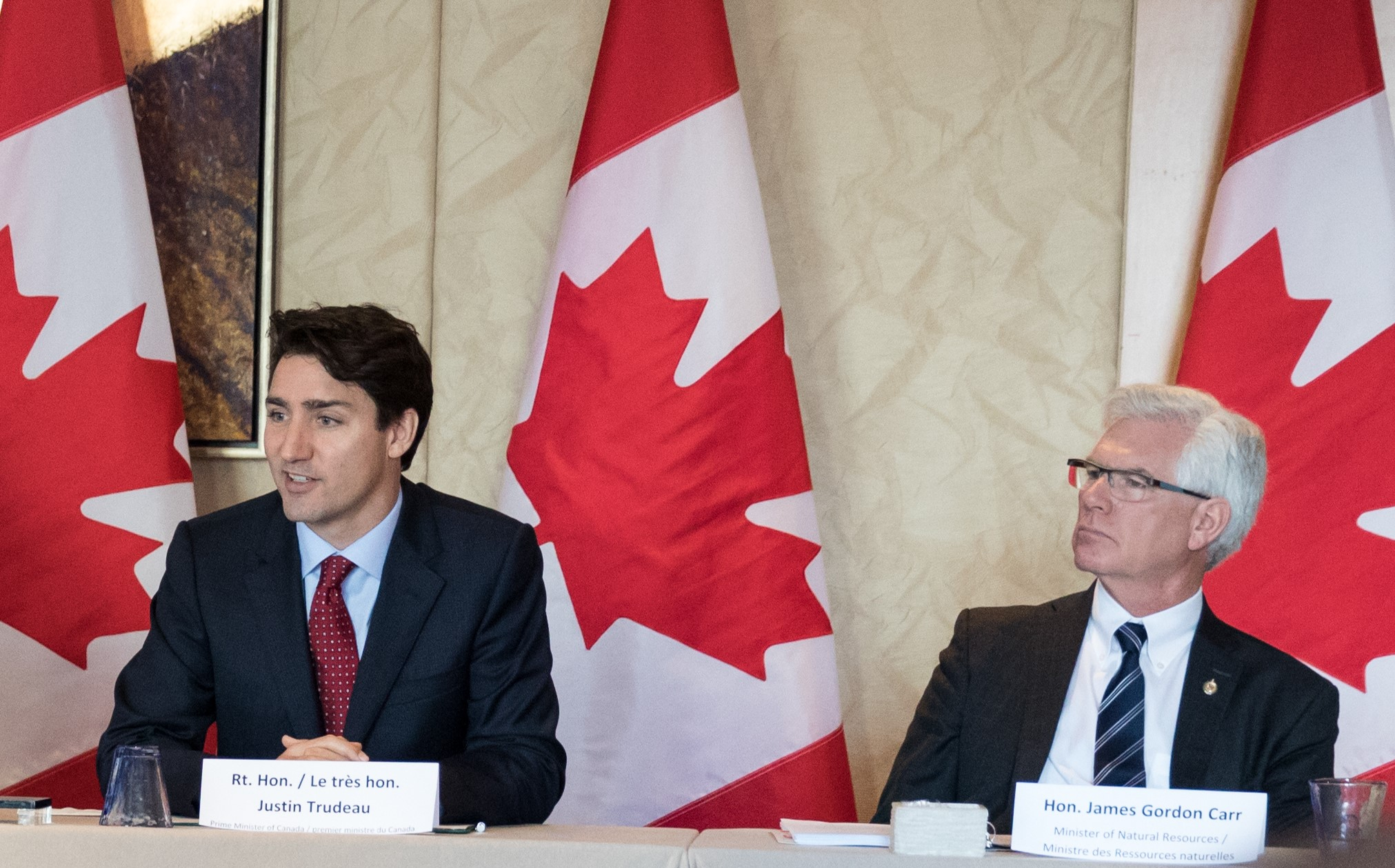 Prime Minister Justin Trudeau and Natural Resources Minister Jim Carr are flying down to the energy capital of the world next week, where they'll have the opportunity to address and rub shoulders with oil industry VIPs.

Trudeau is scheduled to deliver the keynote address next Thursday at a giant energy conference, CERAWeek, underway in Houston, Texas, between March 6 and 10. His speech will focus on "Canada’s strategy of strongly linking economic and resource development with environmental leadership and renewable energy innovation,” according to a press release from his office.

Trudeau will be sharing a platform with Saudi Arabia’s energy minister, Khalid A. Al-Falih, and CEOs from almost two dozen oil and gas companies.

Themes of climate policy, environmental policy and sustainability are on the agenda, and Trudeau is set to receive an award, called the Global Energy and Environment Leadership Award, “in recognition of his commitment to sustainability in energy and the environment.”

Among other key themes at the conference are, “Oil industry in transition: Where are we in the cycle?” and “U.S. energy policy in the Trump era: New directions.”

Trudeau will also meet with Daniel Yergin, vice chairman of the information services company IHS Markit, which is running the conference, as well as participate in a roundtable discussion with executives.

The next day Carr is slated to share the stage with Hirohide Hirai, a director-general in Japan's economy, trade and industry ministry.

(Editor's note: This story was changed on March 3 at 10:33 AM to fix a typo. Mr. Pourbaix is the COO, not CEO of TransCanada. The full title has also been added instead of the acronym.)

"Canada’s strategy of strongly linking economic and resource development with environmental leadership and renewable energy innovation,” The title suggests that this is where at last we will have Trudeau's plan for how he will justify going hell bent on pipelines, which will stimulate faster extraction oil and gas, for the next 40 years, and maintain Canada's emission goals. Comfortable words and value statements of intent, with hand over heart, will not do it.

Well if we ever could be

Well if we ever could be accused of wanting our cake and eating it too, this is the time to make the accusation. I wonder how long our leaders on the so-called left....Justin and Rachel come to mind.....will continue to act as if they believe pipelines carrying bitumen in every direction are part of a climate action policy??

If we had any doubts that the Fossil fuel industry holds the planet hostage...and intends to milk it for profit for as long as possible, recent events should disabuse us all. But climate leaders don't build pipelines. Not at this point in our history, with examples of extreme weather, droughts, floods and melting icecaps all around us.
If they are talking to Oil and Gas at all, it should be to apprise them of how soon the Petrochemical Age has to come to a close. However much we might like to dig up the last drop of fossil fuel AND come up with brilliant plans to lower CO2 emissions, it isn't possible. Can't have our cake and eat it too.

Not any more. So please National Observer. Publish that keynote address so we can analyse how Justin is going to Sweet talk his way around the simple truth that its the climate or oily business as usual. It can't be both.

Trudeau will continue to

Trudeau will continue to placate Alberta and Trump, whilst speaking out of both sides of his mouth. When the next federal election approaches, he'll likely mimic Kathleen Wynne's hydro rate backsteps and attempt to placate the electorate with some similar ploy.
To you both, too little, too late!