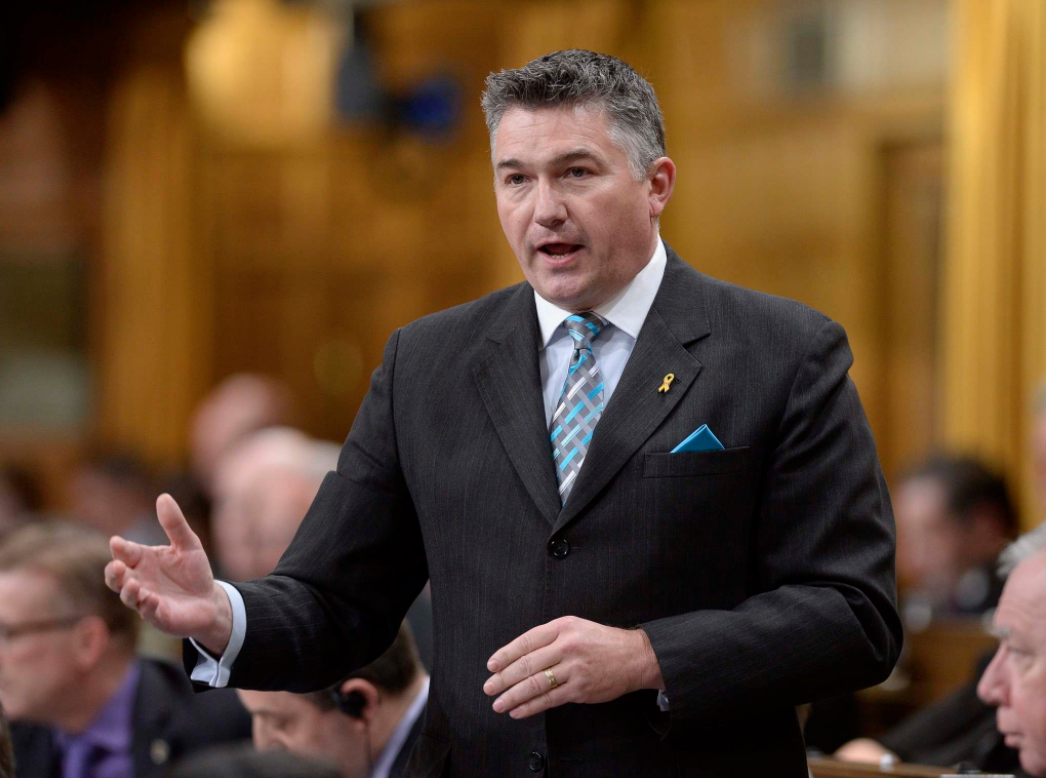 Canadian MPs visiting Washington this week said they kept hearing a familiar message in the U.S. capital: that Canada and other NATO partners will be expected to pony up more money for the military. File photo by Canadian Press
Previous story
Next story

Canadian MPs visiting Washington this week said they kept hearing a familiar message in the U.S. capital: that Canada and other NATO partners will be expected to pony up more money for the military.

It's something members of the parliamentary committee on national defence said they would take home after three days of meetings at the Pentagon, the U.S. Capitol and think-tanks that concluded Wednesday.

They tempered that by saying their U.S. interlocutors recognized Canada's non-financial contributions — such as volunteering for roles in combat zones including Afghanistan, Libya and Iraq, in addition to efforts in Eastern Europe.

Stephen Fuhr, the Liberal chair of the defence committee, said there's clearly a desire to see Canada spend more, but no one is demanding that Canada rush to the NATO spending target of two per cent of GDP.

"Is there an expectation? I'll be 100 per cent frank. Yes. There's an expectation Canada will contribute more," he said. "There's no doubt about that. But there's also a recognition of what Canada does bring to the table — which I think is also very important."

Successive American administrations have pushed Canada to increase its spending — which is less than half of its agreed-upon NATO target. One difference now is President Donald Trump has suggested he might take a harder line than his predecessors.

Despite that pressure, there are indications the federal budget later this month will not include any significant new injections of money for the military. Rather, many are now turning their attention to the fall, by which point the Liberals will have completed their defence policy review.

A Conservative lawmaker travelling to Washington with the committee agreed with his Liberal colleague on two fronts — James Bezan said there is an expectation Canada will spend more and it's tempered by a recognition that Canada has contributed in other ways.

But there is one area of potential disagreement between the parties. It involves math.

The Liberals have in the past suggested they could boost defence spending by simply copying the formulas other countries use to calculate their contributions. One example cited Wednesday by Fuhr: the coast guard, whose budget is included in the U.S., not Canada.

There's a similar debate in the U.K. — where a report to Parliament from the defence committee cited foreign aid and military pensions as reasons that country passed the NATO benchmark last year. The report titled began with a question mark: "Shifting the goalposts?"

Fuhr said math is part of this conversation.

"It's a lot more than saying just, 'Who spends two per cent and who doesn't?' (It's also), who brings capability? Who actually shows up? What's in the calculation? This is where this conversation goes."

Bezan warned against fudging the numbers; that includes lumping in the coast guard.

"You always have to be comparing apples to apples. Some countries, their coast guard is an extension of their navy. They are armed; they are doing border security; counter-narcotic trafficking," Bezan said. "In Canada, some of those activities for our coast guard are limited. And they're definitely not armed — so how would that account for a defensive posture?"

Canada is currently one of the lowest-spending members of NATO, by its share of GDP.

It's so far short of the NATO target that it would need to more than double its $20 billion current defence budget to reach it. That's equivalent to the money for the border-services agency, the federal food-inspection agency, correctional services, Foreign Affairs, Environment Canada, the Fisheries Department and a few other agencies.

One defence analyst suggests the likely long-term target is far more modest: 1.2 per cent of GDP. The current level is just under one per cent. David Perry calculates that adding the coast guard to the defence budget would take Canada nearly one-quarter of the way there.

But he warns against it.

"It will be transparent to other countries," said Perry of the Canadian Global Affairs Institute. "Our coast guard does a lot of things — but defence of the coasts is not one of them. ... It's going to be pretty transparent that we're fiddling with our accounting framework."

Americans daring to say that

Americans daring to say that should be told curtly that most of our security problems arise from their unlawful invasion of Iraq. Which in turn came about because, well, the gigantic military was sitting right there, after 9/11, and had conspicuously failed to prevent it, after all those trillions over the many years. So they had to go invade somebody to make it look like having a giant military in peacetime had ever been a good idea, was able to do something about terrorism. It did something, all right: it exacerbated the problem enormously.
So tell them to shrink their stupid, counterproductive, dangerous military budget by half, and we'll be in the same relative position then, with a lot of their money saved, and us, safer. Them, too.