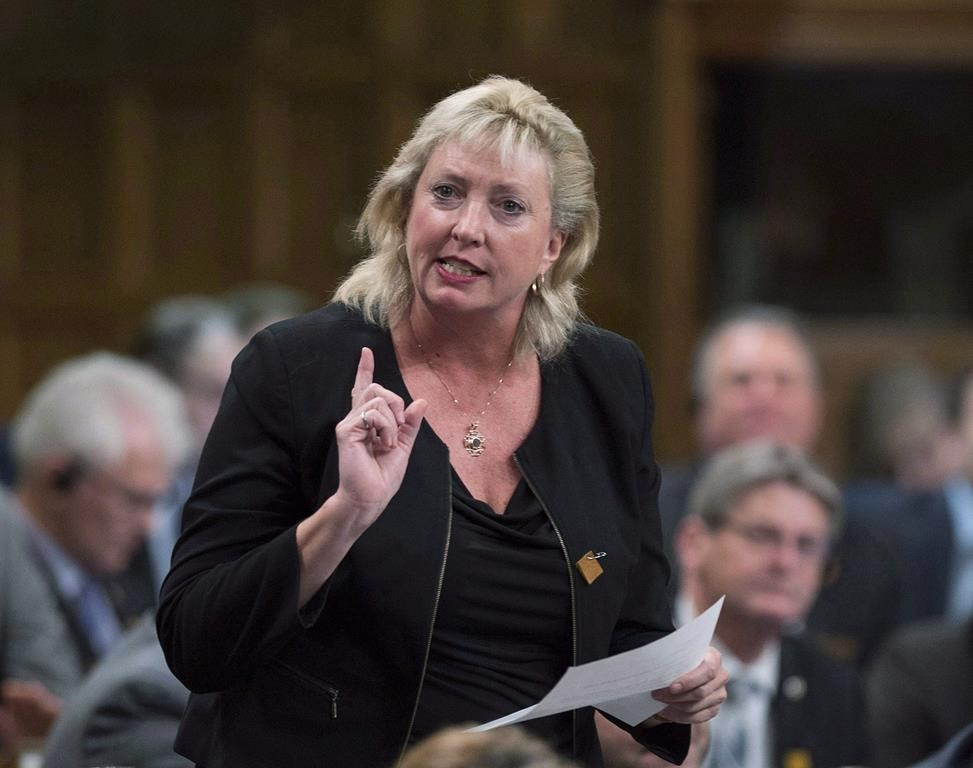 All judges and RCMP officers should have to go through mandatory training on gender-based violence and sexual assault, says a new report from the House of Commons committee on the status of women.

"Addressing the issue of harassment in public places and the victim blaming-and-shaming that occurs throughout the reporting and judicial system will be key to prevent violence and to ensure that survivors do not suffer further at the hands of the police, the RCMP and the judiciary," Conservative MP and committee chair Marilyn Gladu told a news conference Monday.

The committee, which heard from 99 witnesses over the last year on what the federal government can do to reduce violence against young women and girls, focused its 45 recommendations on campus sexual assault, harassment in public, cyberviolence and better treatment by the justice system of those reporting gender-based violence and sexual assault.

The recommendation on the judiciary is similar to a private member's bill tabled by interim Conservative leader Rona Ambrose that would require mandatory training for would-be judges on issues surrounding sexual assault.

The report also discusses "rape culture," and how behaviour that some might not consider overly serious — sexual jokes or the objectification of women in the media, for instance — can create the conditions for sexualized violence.

"Witnesses told the committee about a pervasive climate of rape culture in Canada that normalizes, excuses and tolerates violence against young women and girls in public spaces, across universities and college campuses, and online," said Liberal MP and committee vice-chair Pam Damoff.

In response to a question about Sen. Don Meredith, who is under pressure to quit following a damning report from the ethics officer into his sexual relationship with a teenager, Gladu said it reveals just how pervasive the problem can be.

"I think it says that this behaviour is common, it's across all classes, it's happening everywhere in our country and we need to take steps to eliminate it."

Status of Women Minister Maryam Monsef is expected to unveil a federal gender-based violence strategy in the coming weeks, which she has said will look at ways to prevent violence and support its survivors, but also how to improve the criminal justice system.

MPs on the committee said they hope the report will help Monsef, Public Safety Minister Ralph Goodale and Justice Minister Jody Wilson-Raybould to implement the strategy, including by working with provinces and territories to tackle issues outside federal jurisdiction.

Monsef said she would respond soon.

"The ongoing work of the (committee) plays an integral part of our government's commitment to gender equality, to empowering women and girls, and to ensuring that women and girls can live free from violence," she said in a statement.

Other recommendations include working with the provinces and territories to figure out how to require all colleges and universities to set up sexual assault centres and exploring whether the Criminal Code needs to explicitly include cyberviolence and online harassment, so long as it would not violate charter-protected freedom of speech.

Liberal MP Sean Fraser, one of two male MPs on the committee, said men and boys have a role to play.

"Ending violence against women is not simply a women's issue — it's a people's issue," he said.

Conservative MP Rachael Harder said her party's supplementary report called for a better examination of the negative effects of violent pornography, as well as longer — and better enforced — sentences for perpetrators of sexual assault.

The NDP called for a national action plan on gender-based violence involving the provinces and territories to better ensure access to services — and their funding — is comparable across the country.