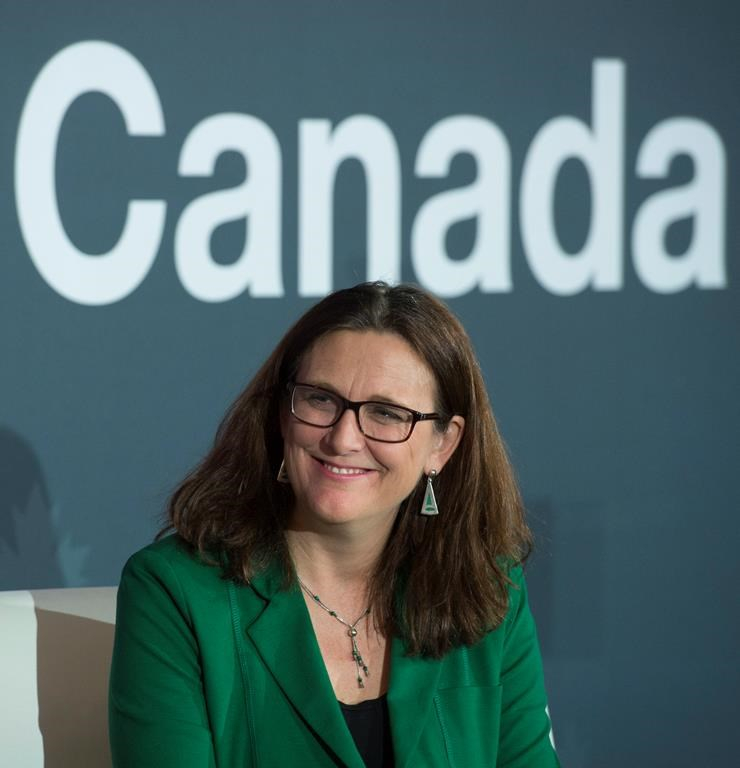 Cecilia Malmstrom, Chief Trade Commissioner for the European Union, listens to a moderator before taking questions following a speech in Ottawa, Tuesday March 21, 2017. Photo by The Canadian Press
Previous story
Next story

EU Trade Commissioner Cecilia Malmstrom says she expects the Canada-EU pact to stand as an example of the merits of free trade for the protectionist Donald Trump administration in Washington.

Despite Trump's anti-trade rhetoric, Malmstrom says there is still hope of a U.S.-EU free deal because Trump hasn't formally declared the negotiations dead, unlike the Trans-Pacific Partnership which he pulled the U.S. out of in January.

Trudeau tries to calm Trump fears in Europe, which sees Canada as bridge to U.S.