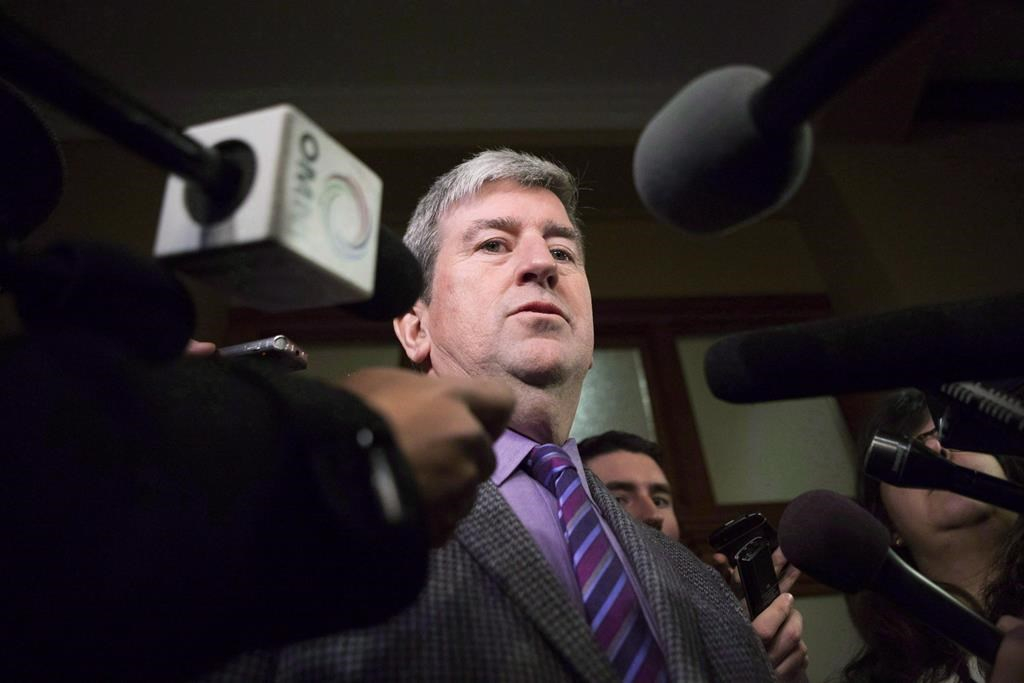 Ontario's cap-and-trade system aimed at lowering greenhouse gas emissions begins in earnest Wednesday with its first auction, which other provinces said they will be watching closely as they consider their own carbon pricing plans.

The provincial Liberal government hopes the auction — held every three months — will bring in $1.9 billion a year, or $8 billion by the end of 2020, to be invested in programs that reduce emissions and help businesses and consumers adapt to a low-carbon economy.

Under the plan, businesses will have limits — or caps — on the amount of pollution they can emit. Companies that exceed those limits, which will be reduced each year, can buy permits or allowances through auctions or from other companies that come in under their limits.

The cap-and-trade system, which came into effect Jan. 1, added 4.3 cents per litre to the price of gasoline and about $80 a year to natural gas home heating costs, in addition to indirect costs that will be passed onto consumers.

The Opposition Progressive Conservatives have been critical of those added costs and party leader Patrick Brown said Tuesday he would instead bring in a "revenue negative" carbon tax, with which any increased costs to consumers would be more than offset by tax cuts.

A government-commissioned analysis showed that a carbon tax would achieve more emission reductions — almost half through businesses leaving Ontario — but cost more, and an unlinked cap-and-trade model would be the most expensive option.

Ontario plans to link its cap-and-trade system with a joint Quebec-California market next year. But when that happens, an estimated $466 million will leave the Ontario economy over three years, because it will be cheaper to buy allowances in those jurisdictions, the auditor general has said. Both the environmental commissioner and the auditor have said that means greenhouse gas emissions won't actually be cut in Ontario.

The most recent Quebec-California joint cap-and-trade auction saw just 18 per cent of allowances sold, with previous results of 88 per cent, 35 per cent and 11 per cent.

Ontario Environment Minister Glen Murray couldn't comment on his province's expected results so close to the auction, but has previously said he didn't think Ontario's market would see the same problem of oversupply, because the number of available allowances will decline at a more aggressive rate.

Ontario is capping emission allowances at roughly 142 megatonnes this year, declining about four per cent each year to 2020, when the Liberals hope to have achieved a 15-per-cent reduction in greenhouse gas emissions over 1990 levels.

As the emissions cap declines, the government hopes companies have more incentive to invest in technologies that cut their emissions.

Carbon market expert Nicolas Girod said he expects the first auction to be close to fully subscribed. However, some businesses may sit this one out and some may be waiting until the market is linked with the California-Quebec one, he said.

"There will be...excess allowances in California, so they may be cautious about buying in this first auction, or they may not be willing to buy (at) too high a price in this first auction because they know that there will be excess allowances from California coming next year," said Girod, responsible for trading and research at Clear Blue Markets.

Prime Minister Justin Trudeau has said all provinces must set up a cap-and-trade system or impose a price on carbon of at least $10 per tonne starting next year. In Ontario, the floor price on carbon is expected to be set for auctions at between $17.50 and $18 per tonne, though demand could push the price higher.

Provinces without a carbon tax or cap-and-trade system are weighing their options and some say they will be closely watching Ontario's results.

Nova Scotia's Liberal government is proposing a cap-and-trade system but isn't currently planning to link its market. It is opting instead for trading of credits among emitters within the province and proposing to not make polluters pay the full cost for the greenhouse gas emissions that are over the capped limits.

Jason Hollett, the executive director of Noca Scotia's climate change division, said the plan is to distribute credits "for free" to carbon emitters, because the province has already met Ottawa's targeted emission requirements due to changes to its electricity generation.

Most large emitters in Ontario will receive allowances for free until 2020, which the government says is meant to prevent them from moving to jurisdictions without carbon pricing.

Newfoundland and Labrador will watch what happens in Ontario and may consider a cap-and-trade system in the future, said Perry Trimper, the minister responsible for the office of Climate Change. Emissions caps are being set in that province and emitters who go over them will be required to invest in a low-carbon technology fund being run by the government, or find ways to reduce their emissions.

"I must say I'm hoping for the best for them and we see an opportunity in the future to join jurisdictions like Ontario and Quebec in a cap-and-trade system," Trimper said.

Ontario's results will be made public on April 3.

— With files from Michael Tutton.