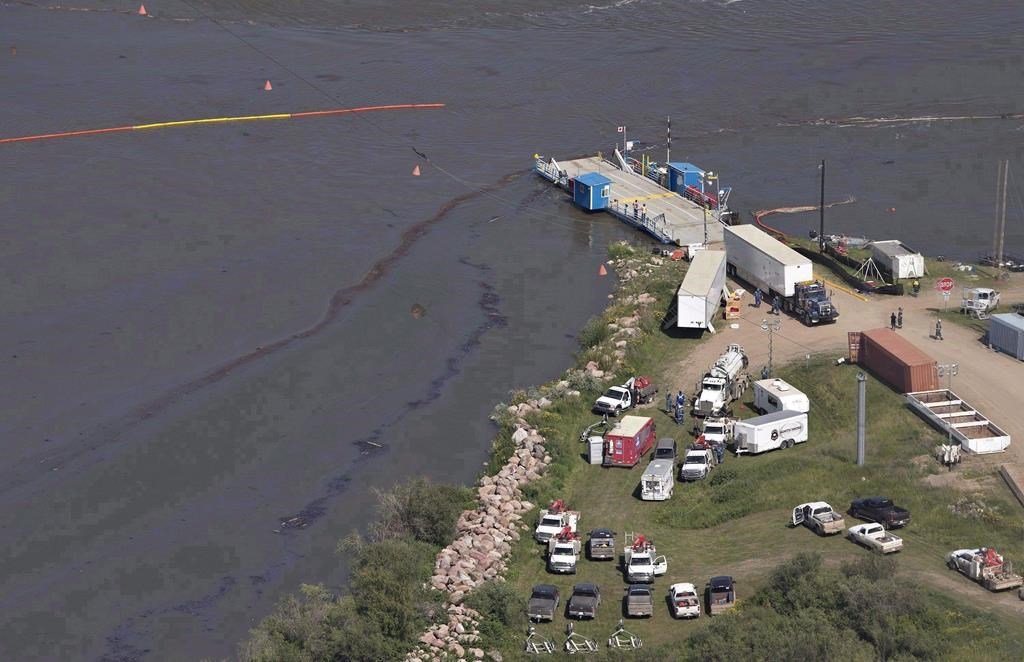 Crews work to clean up an oil spill on the North Saskatchewan river near Maidstone, Sask., in a July 22, 2016, photo. File Photo by The Canadian Press
Previous story
Next story

The Saskatchewan Ministry of Justice is reviewing whether charges are warranted against Husky Energy for its role in a major oil spill last summer.

The department is reviewing Husky's response to alarms before the spill and the delay in shutting down the system.

The pipeline rupture last July allowed 225,000 litres of heavy oil mixed with diluent to spill onto the bank of the North Saskatchewan River — about 40 per cent reached the river.

The Saskatchewan government investigation released today says the leak began on July 20, the day before the spill was discovered.

The investigation says the pipeline's leak detection systems were flagging potential problems before the spill and continued until the system was shut down for scheduled maintenance the next day.

The government was first notified of the spill when a member of the public reported an oil slick on the river.

Husky Energy has said the pipeline buckled because of ground movement.

The cities of North Battleford, Prince Albert and Melfort were forced to shut their intakes from the river and find other water sources for almost two months. The spill cost $107 million to clean up.

Environmentalists have called for Husky to be fined for discharging a substance that could hurt the environment.