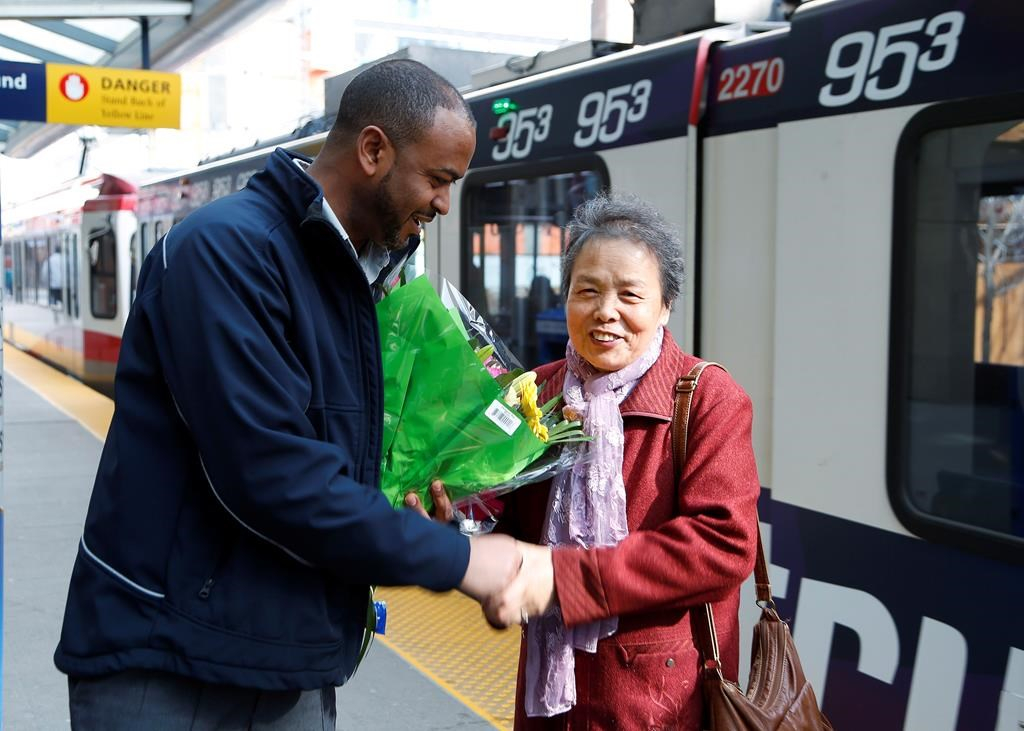 Li Feng Yang thanks CTrain operator Mesfin Tadese at the Centre street CTrain station in Calgary, Tuesday, March 28, 2017. Tadese found the 75-year-old Yang's purse containing $1,300 on a train and had it returned to her. Photo by The Canadian Press
Previous story
Next story

A woman who left behind a purse with $1,300 in birthday cash on a Calgary light-rail train says she can barely believe someone was honest enough to return it.

Li Feng Yang had received the money for her 75th birthday and was planning to deposit it in the bank.

Yang says she felt a burning rush of anxiety when she realized her purse was missing.

Train operator Mesfin Tadese found the bag during a walk-through when the train was at the end of the line.

Yang says she was surprised and grateful when it was returned to her.

She thanked Tadese in person today, bringing him two bouquets of flowers and embracing him at a downtown train station.

"Is there really honest people that would return my lost bag with cash in it?" Yang, who does not speak English, said in a statement read by her grandson, Kai Huang.

"Well, the undeniable truth is in front of me."

By Keith Stewart | Opinion, Energy | May 20th 2016
Reports from the Race to a Safer World