Canadian politics and its WrestleMania lookalikes 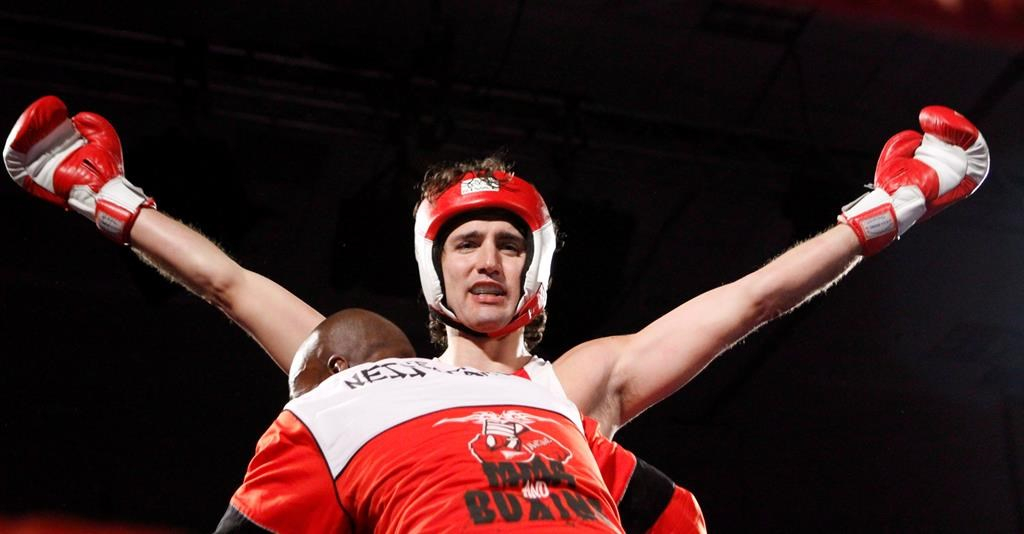 On last Sunday’s WrestleMania, the Undertaker fought his last match ever as a WWE superstar, announcing his departure officially on Twitter the next day. So ended a 27-year-long career with the pro wrestling franchise. A lot has changed in the world since he first entered the ring, but WWE’s popularity has been a constant.

In fact, since the Undertaker began his WWE career, WWE Monday Night Raw has become the longest-running episodic television program in American history. Moreover, the Undertaker has retired at a time during which life imitates art more than ever. If we look closely, there is a compelling case to be made that wrestling culture has thoroughly permeated the culture and fabric of North American life, starting with politics.

When one thinks to the brash showmanship of WWE stars and its counterpart characters in political life, many reflexively turn to Donald Trump and his far-right acolytes, including Alex Jones, a conspiracy-theorist proselytizer and angry-white-man extraordinaire who works the mic more like a wrestling promoter than your typical political commentator.

But, north of the border, Canada’s Prime Minister is all too aware that he has a role to play in the ring as well – that of the charismatic and likeable face. In wrestling, the squeaky-clean baby face is most essentially incarnated by Hulk Hogan, who pioneered the “four demandments. ” - “Train. Say your prayers. Eat your vitamins. Believe in yourself.” And every face needs a heel, a villainous antagonist, as foil.

Justin Trudeau is a performer who delivers solid “oratory theatrics”

Even before the rise of Trump, Justin Trudeau successfully played off Stephen Harper’s unsympathetic public persona. To this effect, the 2015 Liberal campaign studied up on Jack Layton’s successful 2011 New Democratic Party campaign of hope and optimism, and successfully won votes away. And Justin Trudeau is acutely aware of the performance potential of his every word, delivering each of his public speeches as an oratory theatrics of perfect timing and masterful pitch and timber.

In addition, the Liberals have come up with their own Hogan-like mantra: “Canada’s back. Middle-class prosperity. Sunny Ways.” Like a 1980s face, Justin Trudeau can do no wrong – which is why members of his cabinet are often set up to take the fall for some of his unpopular decisions (see Karina Gould, Stéphane Dion, et al.).

Wrestlers perfect their catch phrases. The Prime Minister can recite poetry at the turn of a dime. People may not admit it, but in politics just like in professional wrestling, there is an unwritten understanding between an audience and a talented performer that what they’re getting isn’t real. After all, one of the greatest joys of cheering for a wrestler lies in refusing to break kayfabe.

The Conservative race, on the other hand, is like a throwback to the WWE’s Attitude Era, a period defined by racy storylines that made most decent company a little bit uncomfortable. It’s too weird to watch, but at the same time, you can’t look away. The Attitude Era was a time in wrestling history during which the storyline became slightly more risqué, to put it euphemistically, portraying women as mere sex objects (see bra and panties matches) and depicting especially caricatured racialized characters.

The Conservative race brings the beating of Iron Sheik to mind

Some Conservative candidates appear to want to bring Canada back into another socially-conservative era. Case in point: the Brad Trost campaign. Recent developments in the Trost camp have included their awkward avowal that their candidate is not “entirely comfortable with the whole gay thing” and extolling the fact that Trost was the only MP to vote against establishing a “Gender Equality Week.”

The Conservative race also brings to mind a moment when, playing off anti-Arab sentiment and geopolitics of the day, WWE seized on the 1979 Iran Hostage Crisis to cast Iron Sheik as an orientalist heel set up to be roundly defeated by the ultimate American Hulk Hogan. Capitalizing on America’s fear of foreigners, the WWE Authority gave fans a theatrical outlet for their real-life anxieties, allowing them to jeer at the Iron Sheik and watch him get roundly beat up.

The dog whistle in the Conservative leadership race is so loud it’s deafening, as candidates willfully prop up immigrants and refugees as targets of public mistrust. Kellie Leitch calls for so-called values tests for immigrants. Maxime Bernier quickly followed up to suggest that the army be deployed to remove asylum seekers entering Canada, and Kevin O’Leary believes that fundamental rights should be steamrolled to expel refugees without a hearing. The Conservative leadership campaign is replete with menial xenophobic pandering. Candidates are engaged in a vicious race to the bottom and in facile theatrics, using racial prejudice as political currency.

Meanwhile, the NDP must understand that, like wrestling, politics is more than hard work and technical prowess. Being skillful in the ring doesn’t always get you lots of screen time – just ask Cesaro. It also necessitates compelling storytelling and a coherent narrative, something that the NDP must build if it wants a shot at government in the next election.

Wrestling audiences are sophisticated and follow storylines fervently. They won’t always cheer for the wrestler that the Authority wants them to, and they often root for the underdog. In a world built on superficiality, there is still a quest for authenticity. And throughout his lengthy career, there is another thing that the Undertaker has shown us that applies to politics as well: you’ve got to roll with the times if you want to survive in the business.

(Editor’s note: This article was updated at 1759EDT on April 4, 2017 to replace the word WrestleMania in the second paragraph with the words WWE Monday Night Raw.)